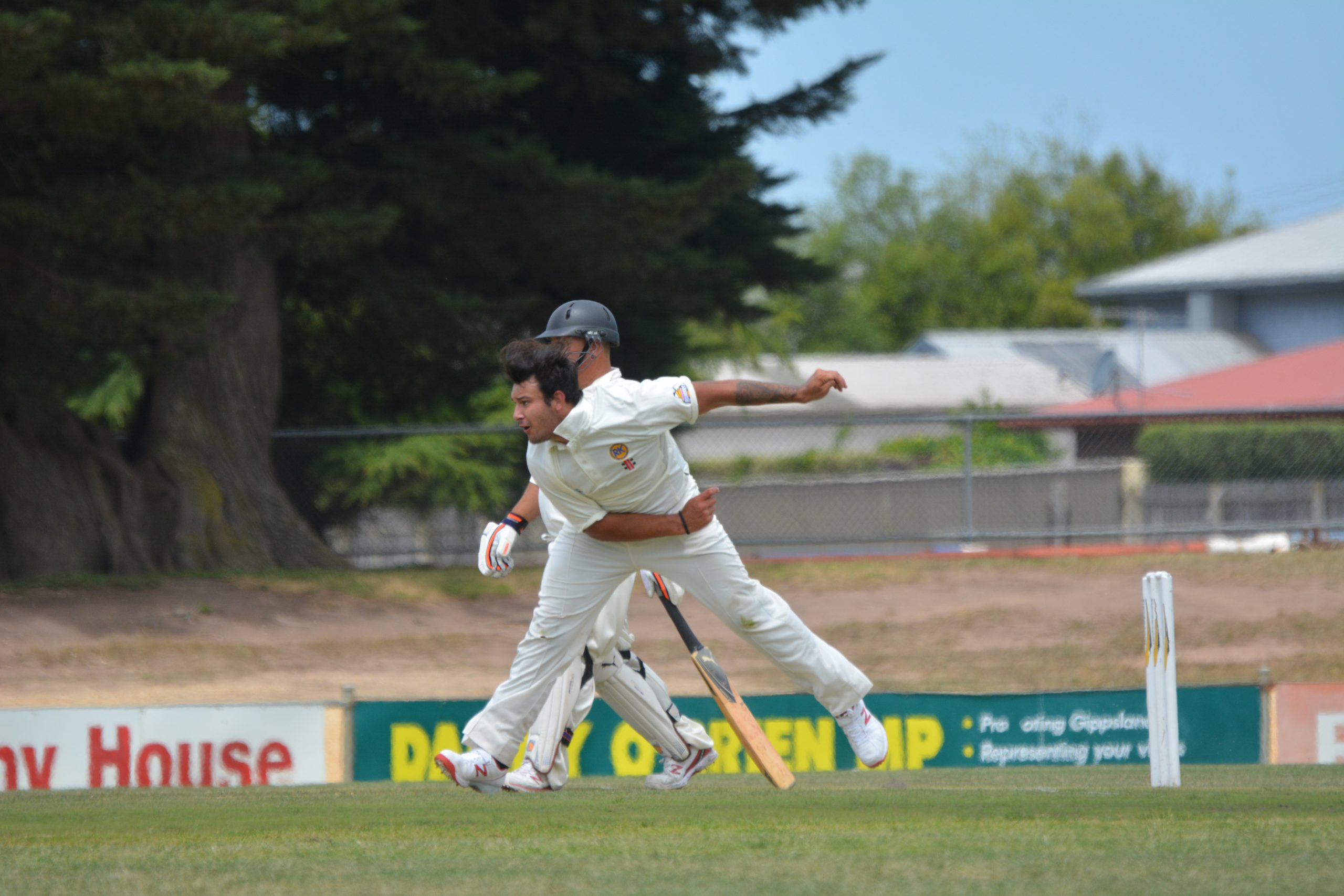 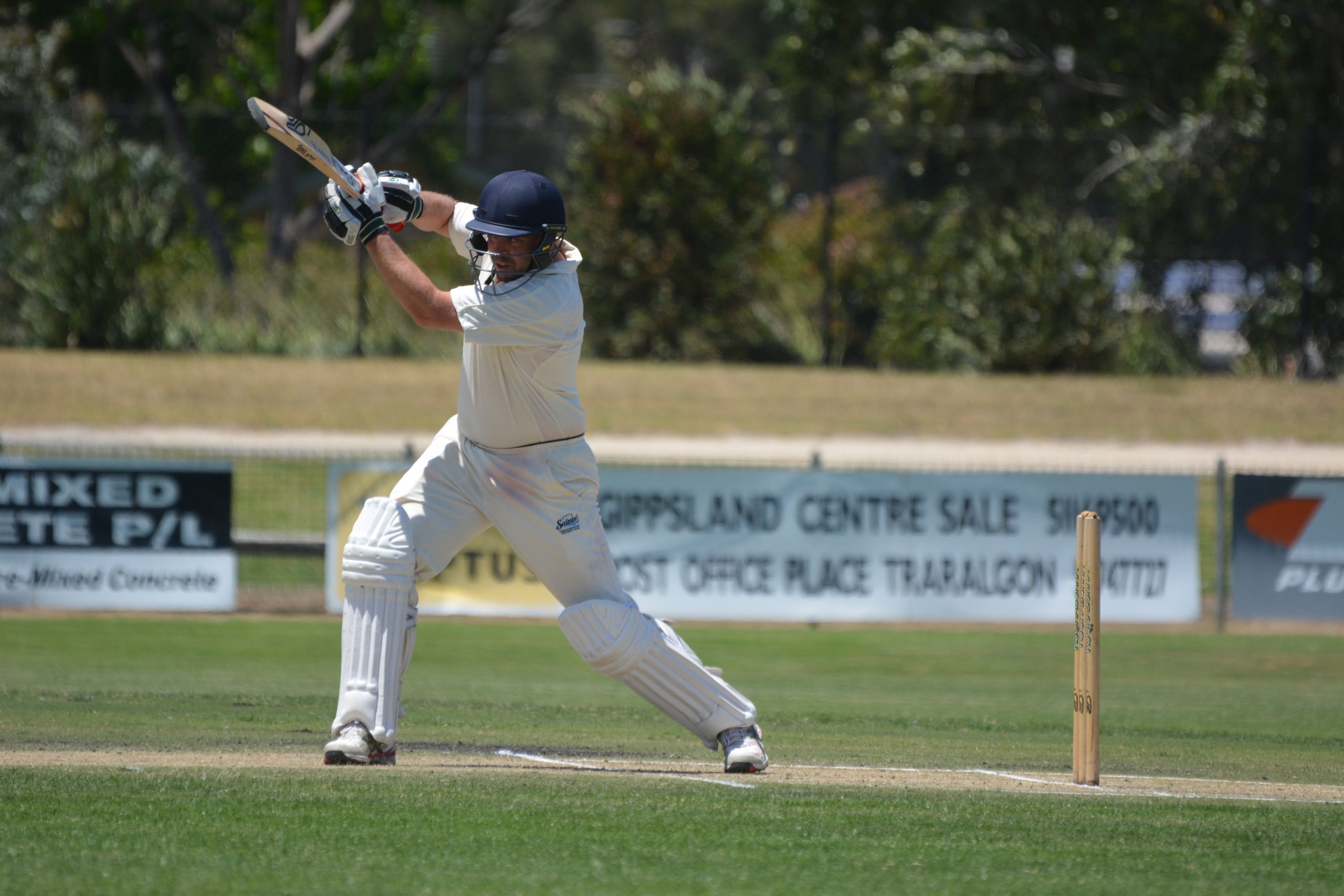 WITH an outright victory over Longford, Rosedale-Kilmany’s lead on top of the Sale-Maffra cricket ladder has been stretched to almost 10 points.

Bowling the Lizards out for just 52 on Saturday, the Warriors controlled the contest from the beginning. The visitors’ position was strengthened with two centuries before they bowled Longford out again to secure maximum points.

It took the Warriors 28 overs to end the Lizards’ first innings, with Jake Benfield claiming 4-19 from nine overs and Hayden Glover 3-4 from seven. Richard Hughes (17) and Mark Chadwick (11) were the only Longford batsmen to reach double figures.

The Warriors were in a commanding position by stumps on Saturday, with captain Brad Scott scoring 107 and Tim Dessent an unbeaten 102, while Benfield contributed 22. The visitors declared on their stumps score of 3-252.

On Sunday, the Lizards needed 201 to force the Warriors bat again or survive for 80 over to avoid an outright loss. The Lizards could only make it to the 45th, bowled out for 82 with Benfield and Glover taking two wickets each.

Jarryd Floyd scored 20 for the Lizards, with 18 from Keenan Hughes and 16 from Lachlan Floyd.

BUNDALAGUAH defeated Maffra in a run-fest at Morison St.

Adrian Burgiel made his first century for Bundalaguah, scoring 112 against his former side. Burgiel and opener Sam Bedggood (62) put on 107 for the third wicket.

Captain Mat Dowett scored 62, Scott Schuback 32, Sam Tudor and Daniel Bedggood 25 each as the Bulls were bowled out for 395 late on Saturday. Zach Durrant claimed 3-40 for the Eagles.

The home side had a positive beginning to its innings, reaching 0-29 at stumps.

Captain Josh Rurawhe scored 37 at the top of the order before becoming Daniel Bedggood’s first wicket. Bedggood took the other key wicket, with Lanigan stumped by Nathan Massey.

In conditions conducive to batting, Harry Thackray made 56 and Chris Bell 53.

In his first first grade match for the Bulls in five years, Schuback took 4-81 from 20 overs, while Mitch Rowley claimed two wickets.

BOISDALE-Briagolong climbed into fourth position with victory at Sale.

After scoring 62 the previous round, Saints captain Mick Roberts made 66 to set-up his side’s 237.

The visitors were bowled out in the final over on Saturday, with eight of their batsmen reaching double figures. Jordan Price contributed 40.

Ben Jones and David Dowdell took four wickets each for the Swans.

Sale batsmen got starts, with six making double figure scores, but were unable to build on that. Brad Farmer top-scored with 35 as the Swans were bowled out for 160.

The loss pushed Sale down to sixth place on the ladder, eight points outside the top four.

COLLEGIANS was able to recover from a precarious position to defeat Stratford.

The second-placed visitors looked set for a solid total with Jayden Allison and captain Jack Tatterson putting together a good partnership. However, the stand ended at 94 runs when Allison was dismissed for 30 off the bowling of Jack Rietschel.

Soon after, Tatterson was dismissed for 62, another victim of Rietchsel. At this stage, Collegians was 5-115.

Mark Nicholls helped move the innings along, scoring 53 before Collegians was all out for 201.

The Redbacks were bowled out for 148 in reply, with Ben Channing top-scoring on 42. Nicholls took four wickets and Tatterson three.