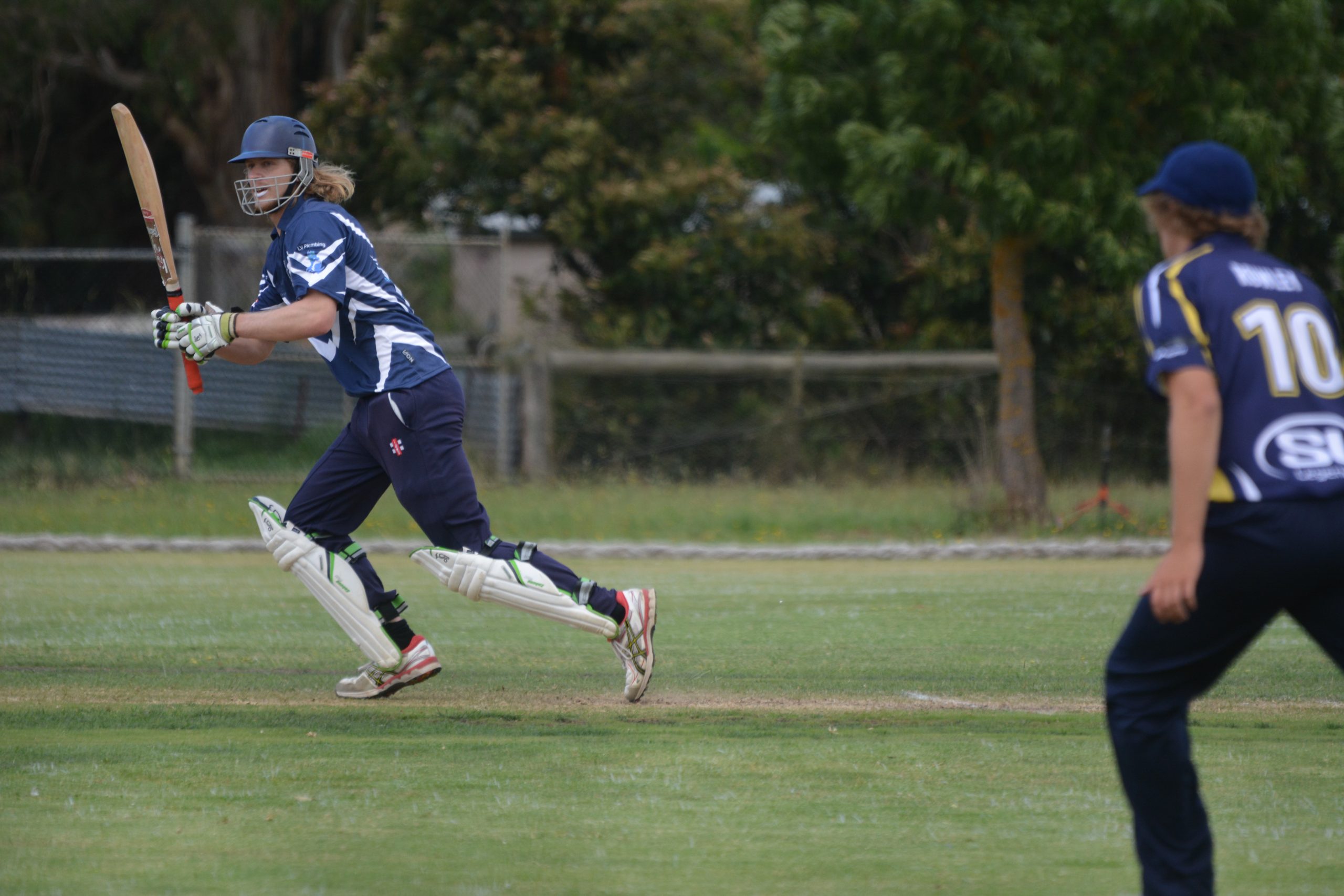 Both innings featured batting collapses, with the Saints able to defend their 136.

Despite losing openers Mick Roberts and Tom Langshaw cheaply, the Saints looked set to score an imposing total with Toby Leeds and Steve Noble in the middle. Leeds’ dismissal for 40 ended their fourth-wicket stand at 67, with the visitors at 4-113.

The Bulls claimed four more wickets, including Noble for 32, for the addition of just one run with bowlers Mark Donald and Ben Saxon restricting the Saints.

Daniel Hales added 13 vital runs to help extend the Saints innings before it ended in the 39th over for 136.

The Bulls’ reply needed at least one batsman to hang around, but the Saints claimed wickets at important times. Openers Mat Dowsett (22) and Sam Bedggood (24) got starts, but their there stays at the crease were cut short.

Adrian Burgiel looked likely to steer Bundalaguah to victory, but his run-out for 25 triggered the Bulls’ collapse.

The Bulls were 4-92 when Burgiel was dismissed, soon after they were 6-99 with Hales claimed three quick wickets.

The Bulls’ tail was unable to wag, bowled out for 116 in the 30th over, with Roberts taking three wickets to close out the innings.

The loss pushed the Bulls down to fourth place.

STRATFORD ended a run of four matches without a win, defeating Sale at home.

The Redbacks are now only four points outside the top four.

In reply to the Swans’ 9-140, Cormac Hassett scored 81 to steer the home side to victory.

TOP side Rosedale-Kilmany proved too strong for Maffra.

After making 6-223, the Warriors bowled the Eagles out for just 88.

With their 96-run opening partnership, Leigh Freshwater (63) and Jake Benfield (50) made more than the Eagles did.

Andrew Higgins claimed 3-41 for the Eagles.

Brandon McDonald took 5-19 as Rosedale-Kilmany skittled its opponent in 25 overs.

Brett Lanigan scored 16 at the top of the order, while number 11 Andrew McKenzie added some respectability, making 19.

COLLEGIANS put in a strong performance to defeat Longford at Stephenson Park.

Falling to 2-2, the Lizards’ chase didn’t look like being a successful one. Keen to batt out their 40 overs, the Lizards finished on 7-87, with Richard Hughes top-scoring on 33.