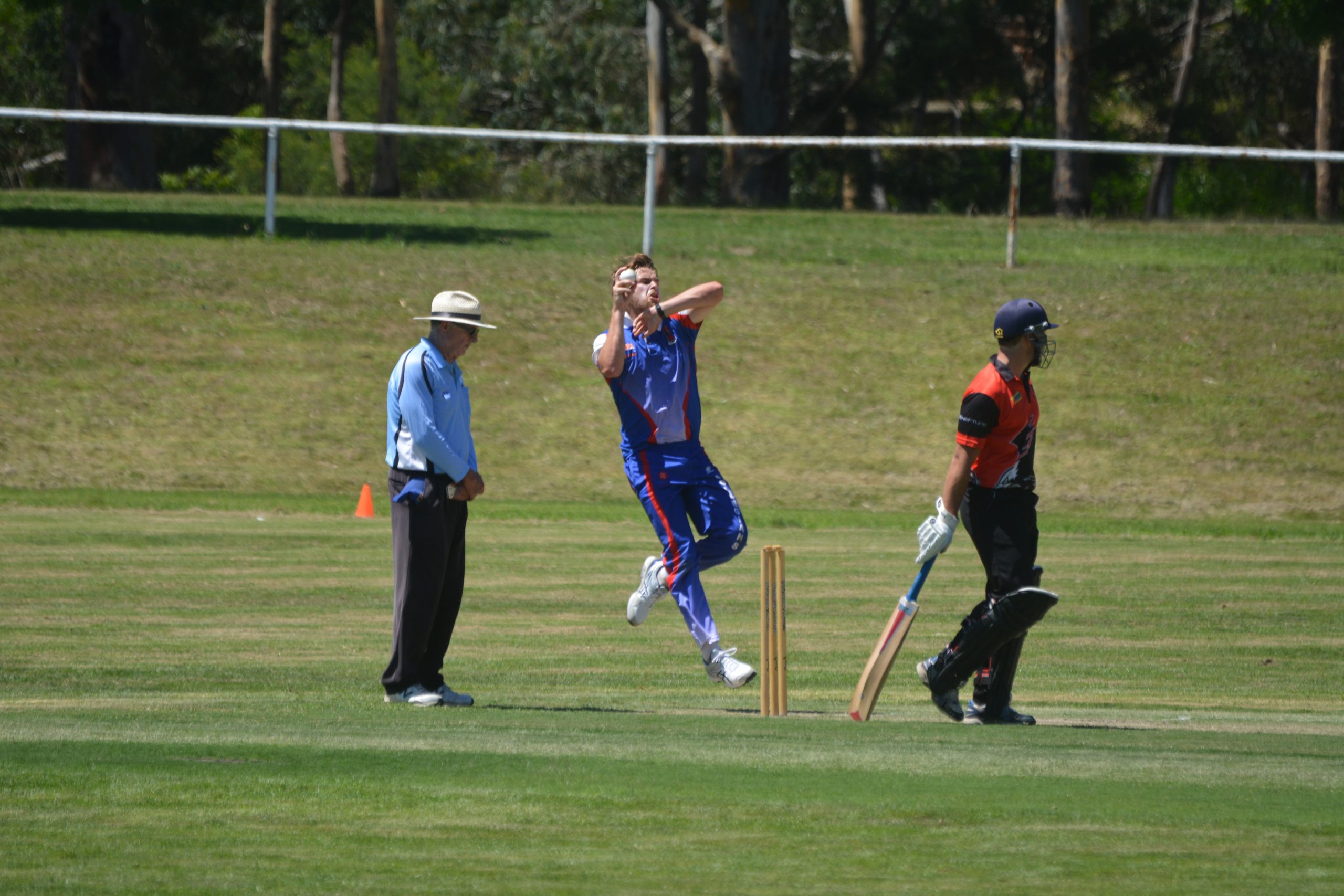 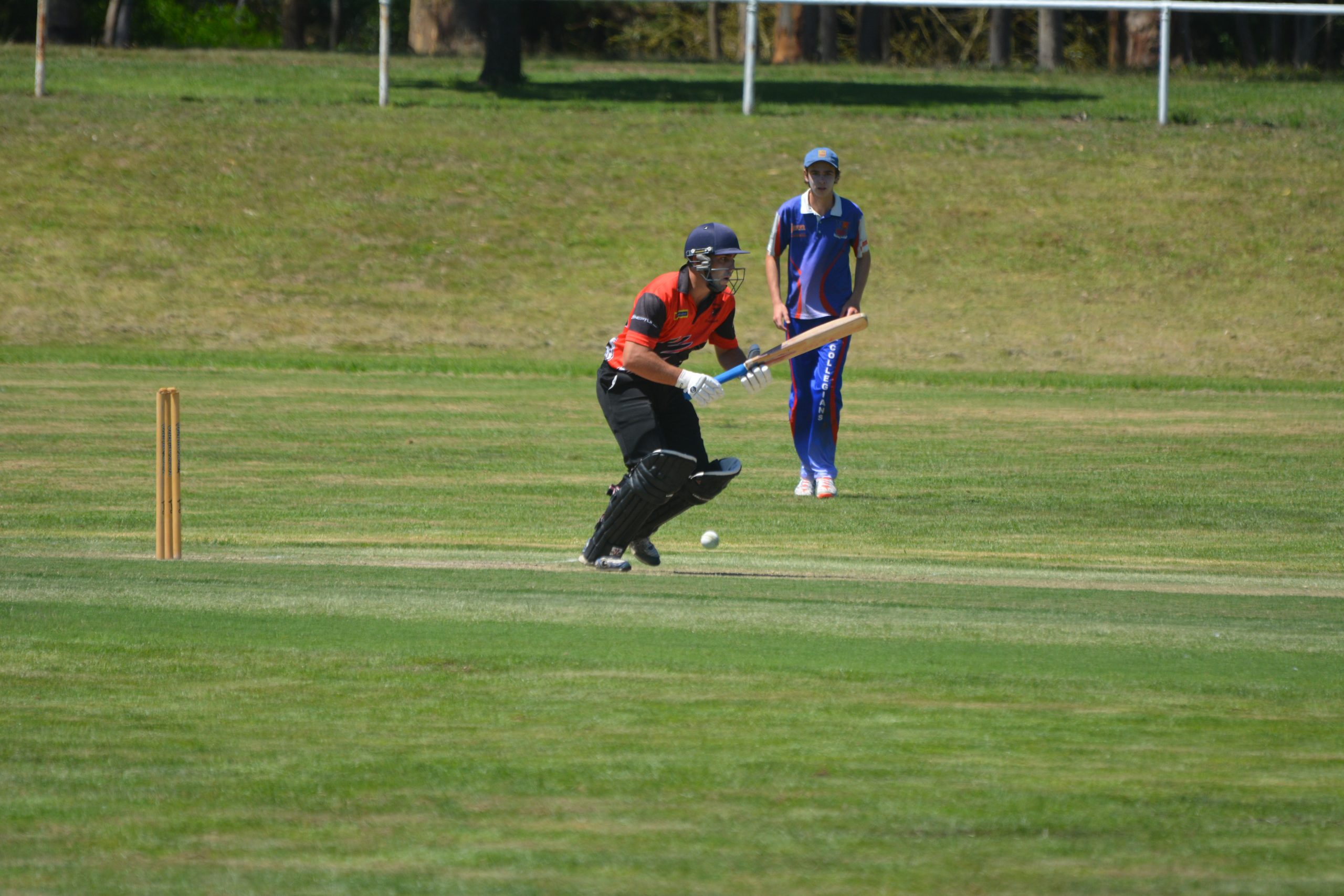 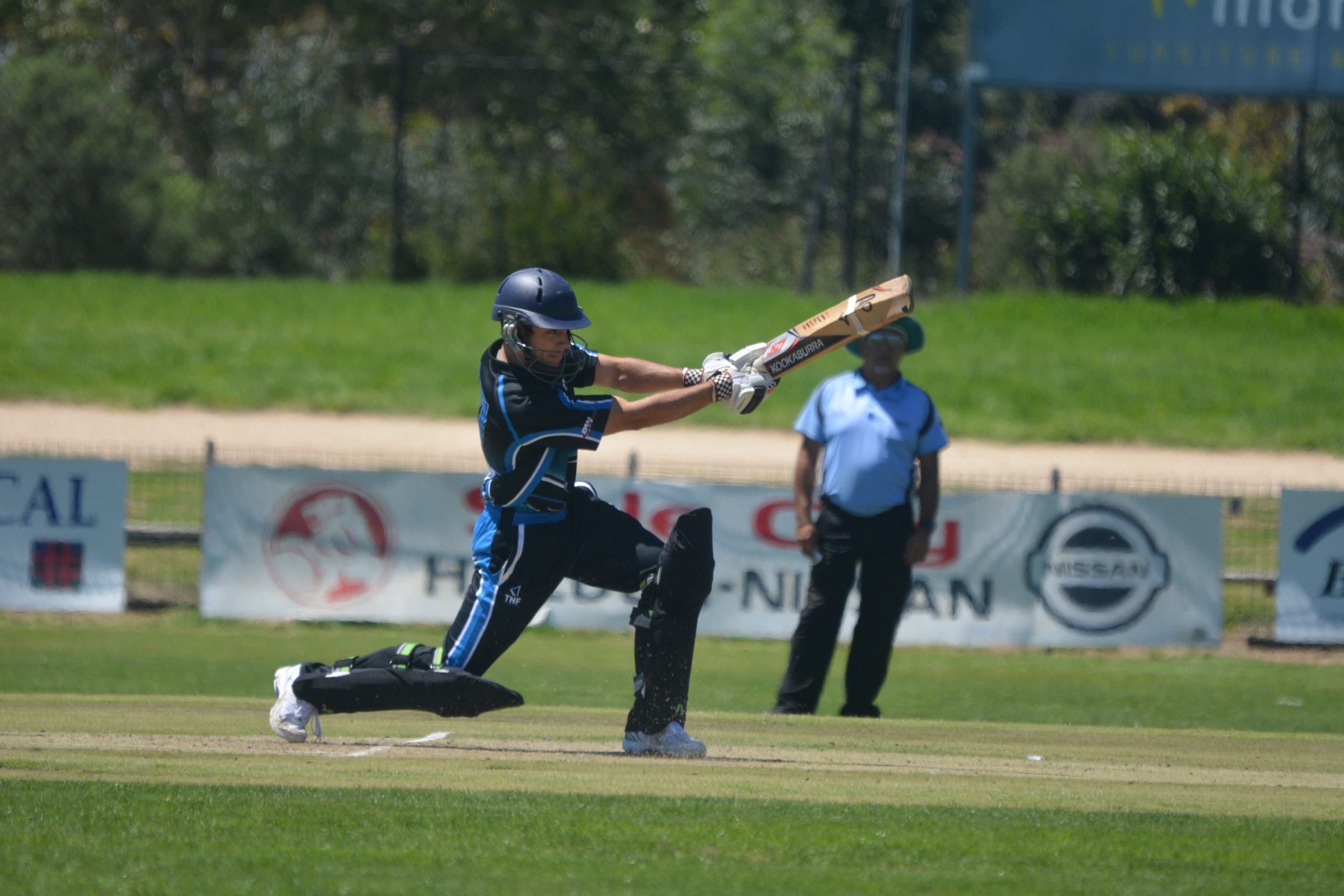 COLLEGIANS overcame a challenge from Maffra to maintain its grip on second spot on the Sale-Maffra cricket ladder.

Following its win at home on Saturday, Collegians is still four points behind ladder leader Rosedale-Kilmany, while, with three rounds remaining, the Eagles has run out of chances to make a late run for the top four.

Buoyed by a solid start, the visitors made a competitive 7-163. Josh Davis led the way with 57, while fellow top order batsman Ben Sly scored 36 and Brett Lanigan 24.

Durrant and Simon Cafferkey put on 78 for the second wicket before the latter was stumped off Davis’ bowling for 48. Durrant was run-out soon after for 40, leaving the home side 3-103.

Nick Grainger (22) and Mark Nicholls (25 not out) put on a 48-run fifth wicket partnership. Nicholls and Nathan King then saw Collegians’ to victory, finishing on 5-167 after 36 overs.

THIRD-placed Bundalaguah put in a powerful performance against Sale.

After bowling the Swans out for 118 at Sale Oval, the Bulls made 4-288 with two batsmen recording scores in the 80s.

James Dyer was the stand-out batsman for Sale, making 39. The next highest scorers were Lucas Mowat (19) and Tom Wicks (18).

Brothers Daniel and Sam Bedggood passed the Sale total with their 124-run opening partnership, which ended with Daniel’s dismissal for 89. Sam made 44.

Nathan Massey (80 not out) and Ben Saxon (49) continued piling on the runs to give the visitors an emphatic victory.

Wicks was the Swans’ only multiple wicket-taker, claiming 2-37.

The Saints remain in fourth place, three points ahead of Stratford with Sale eight points further back.

Boisdale-Briagolong scored 5-133, highlighted by 46 from Toby Leeds and an unbeaten 35 from Daniel Cameron. With the Saints 3-41, Leeds and Cameron put on 72 for the fourth wicket.

Jake Benfield took 3-23 for the Warriors.

The home side’s chase began with a 70-run opening partnership between Anthony Scott and Tim Dessent, of which Scott scored 58.

Benfield (56) and Rohan Diamond (33) combined for a 77-run fourth wicket partnership to see the Warriors to victory. The Warriors finished on 4-225.

STRATFORD reduced the gap to the top four with victory over Longford.

The Redbacks restricted the home side to 9-118 with Bohdi Walker, Willy Roberts-Wiseman, Jack Rietschel and Travis Millar claiming two wickets each. For the Lizards, Brad Schubert scored 27, Connor Hughes 25 and Andrew Tyson 21.

The visitors took 33 overs to pass the Lizards’ total with seven wickets in hand.