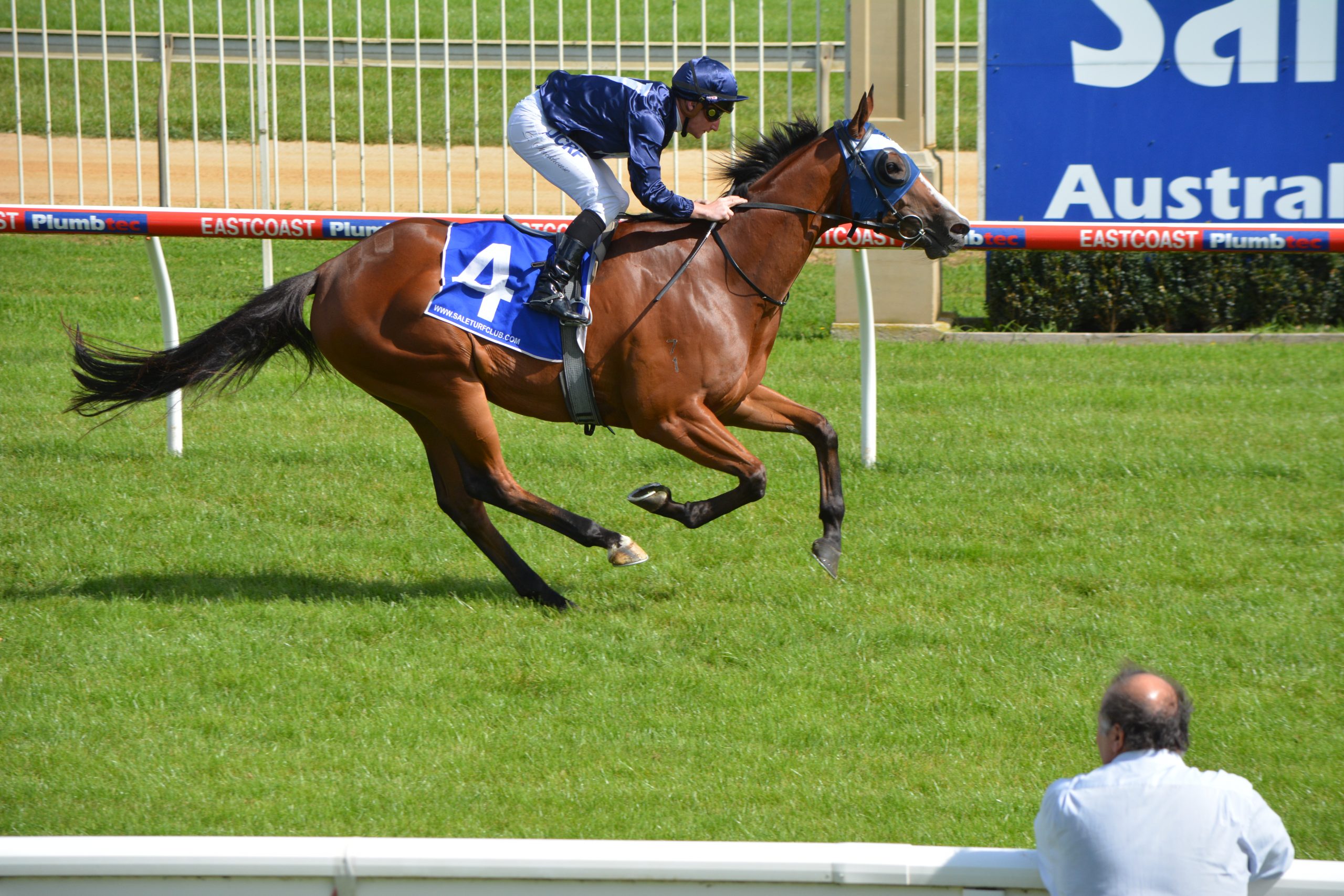 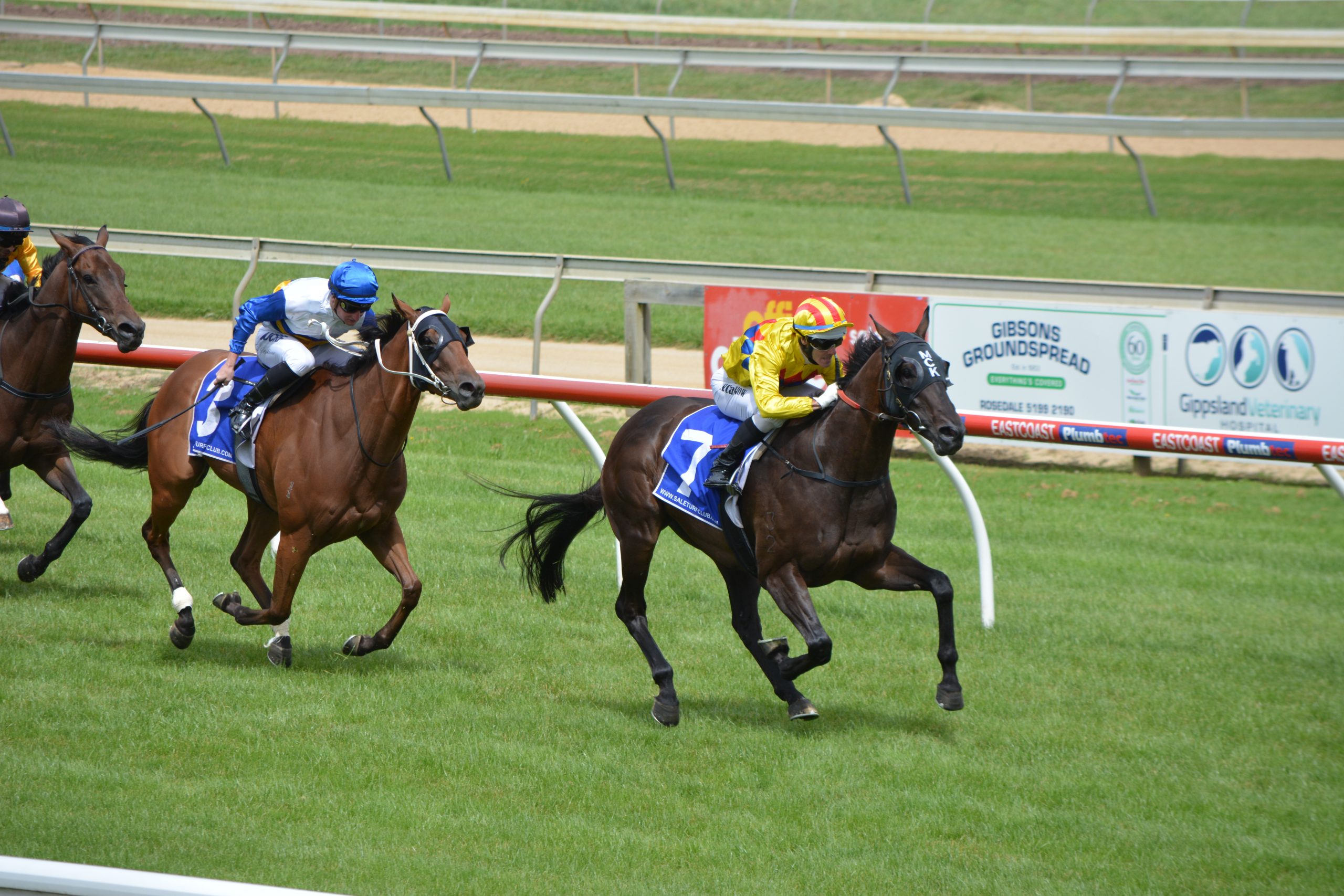 THE crowd for Tuesday’s eight-race program at Greenwattle was not big, but sounded large when local galloper Rooconi stormed home to victory.

Ridden by Daniel Stackhouse and trained at Sale by Paul Worthington, Rooconi hit the front 200 metres from home and stormed away to score an impressive win by four lengths in race six, the benchmark 64 handicap.

Most of the members of the local syndicate were in front of the grandstand cheering on the four-year-old gelding.

Sale Turf Club president David Wilson, who purchased Rooconi for the syndicate, was on cloud nine after the win.

Worthington said he would keep the four-year-old going after runs like that. A midweek city run is on the cards.

Rooconi has two wins, both at Sale, from only five starts.

The win completed a winning double for former New Zealand rider Stackhouse, who had won race three on Aldo, trained by Jason Bridgmen.

Cranbourne trainer Robbie Griffiths and jockey Ryan Moloney combined to win the first race, the three-year-old maiden plate, with Song One, who was coming off a last start second at Ballarat.

Kalidaz, trained at Cranbourne by Greg Eurell and ridden by Chris Symons, won race two, the fillies and mares maiden plate. It was the first win for Kalidaz, who had been placed six times in seven starts.

Iamhere, ridden by Damian Lane, completed a winning double for trainers Ellerton and Zahra with victory in race seven, the fillies and mares benchmark 64 handicap.

Local galloper Valuable Star, trained by Andrew Murray and ridden by Katelyn Mallyon, raced well to finish in second place. The seven-year-old has been consistent with six wins and 16 placings from 51 starts.

NZ-bred Black Stardom, coming off a second placing at Moonee Valley, was ridden by Jack Martin to win the final event, the benchmark 64 handicap.

It was another top day’s racing. The next meeting at Greenwattle will be the Maffra Cup day on Sunday, February 28.