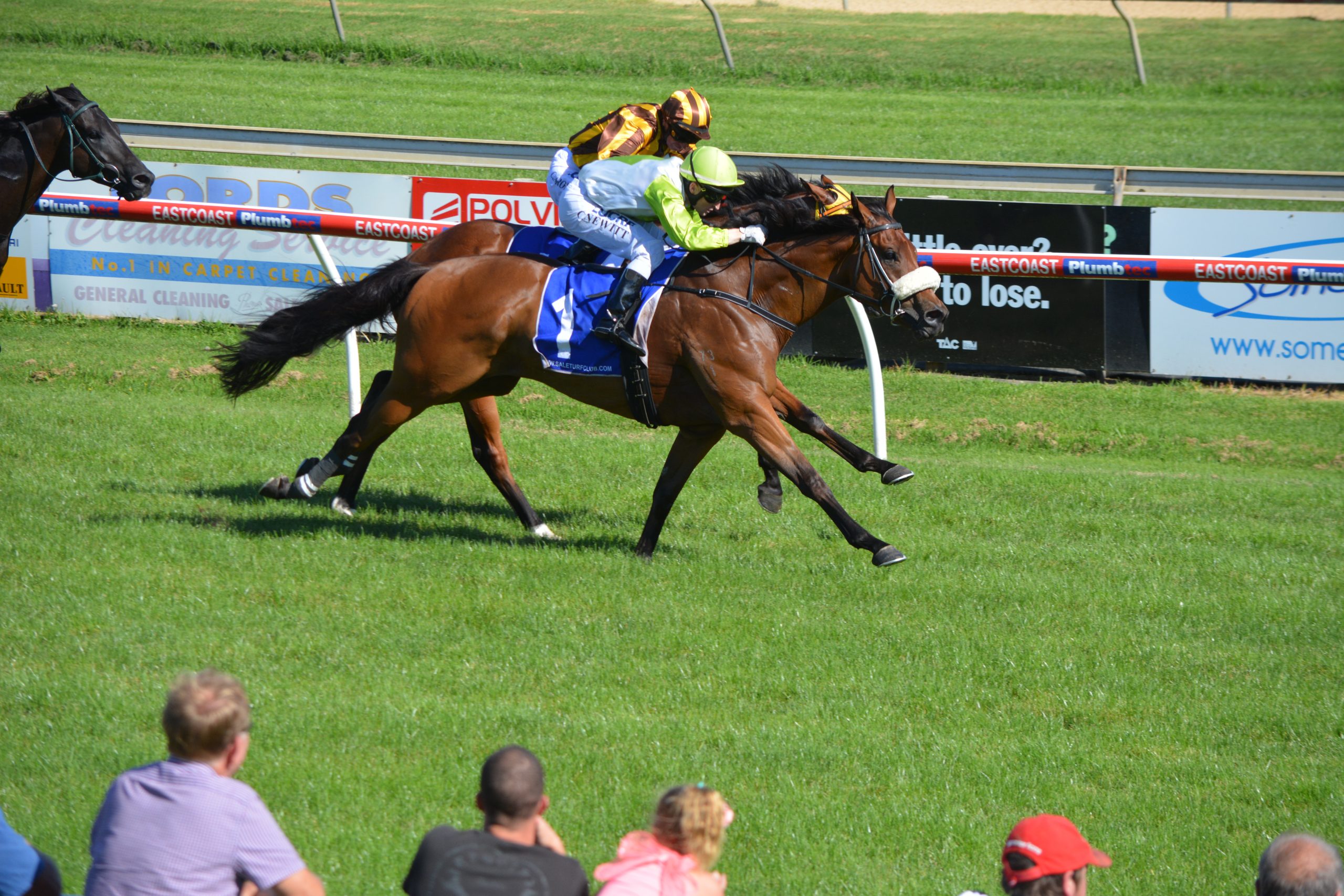 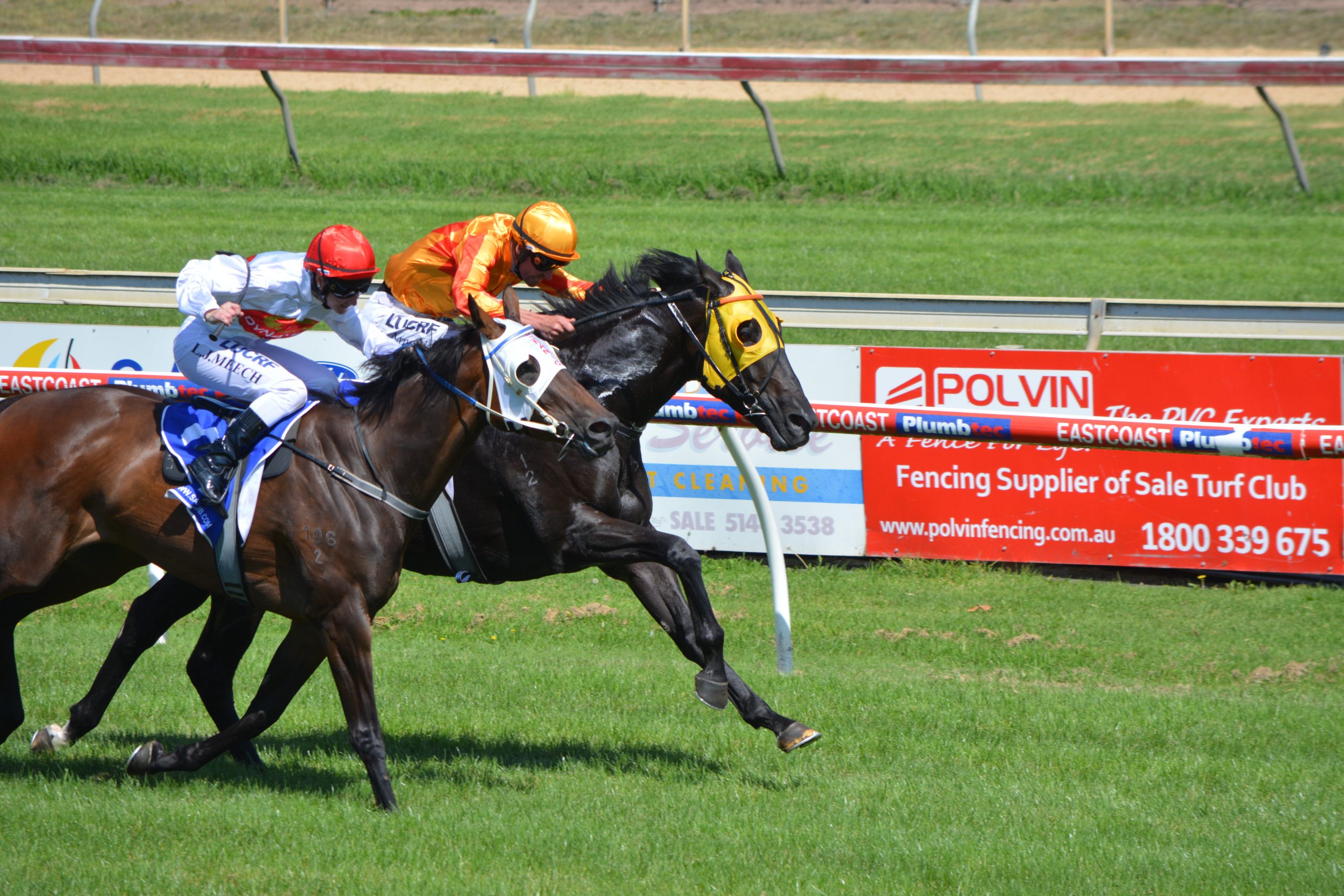 A DAY after riding the winner of the group one Blue Diamond, Craig Newitt rode Moe galloper Illustrious Lad to victory in Sunday’s Maffra Cup.

Trained by Peter Gelagotis, Illustrious Lad won the $30,000 1000 metre event, ahead of The Dynamo, ridden by Craig Robertson, and Danuki, ridden by Michael Dee.

The win completed a big weekend for jockey Newitt, who won the Blue Diamond on Extreme Choice at Caulfield on Saturday.

During the presentation ceremony, Gelagotis complimented Newitt on his Blue Diamond win, and his ride on Illustrious Lad.

It was a return to form for the four-year-old Illustrious Lad, who has five wins and two placings from 18 starts.

Riding honours went to Matthew Allen, who had a double on horses trained at Cranbourne by Robbie Griffiths.

The Allen-Griffiths combination began with a win in the first event, the Maffra Mardi Gras Plate, for well-backed favourite Crowley.

Allen and Griffiths completed their winning double in race eight with Deja Blue, who won at Geelong in January.

Assertive Star, who has been racing at Caulfield, Flemington, and Sandown, won race four.

Dubrovnik, ridden by Andrew Mallyon and trained at Flemington by John O’Shea, broke though for a win in race five after unplaced runs at Sandown and Moonee Valley.

Moe trainer Ian Jones and Jessica Payne combined to win race six, the 1400m handicap, with Our Skeeta, who paid $9.40 for the win. The eight-year-old gelding has nine wins and six placings from 47 starts.

Go One Better, trained at Sale by Paul Worthington, and coming off three second placings in a row, finished third in another good run.

The next meeting at Sale will be held on Tuesday, April 19.