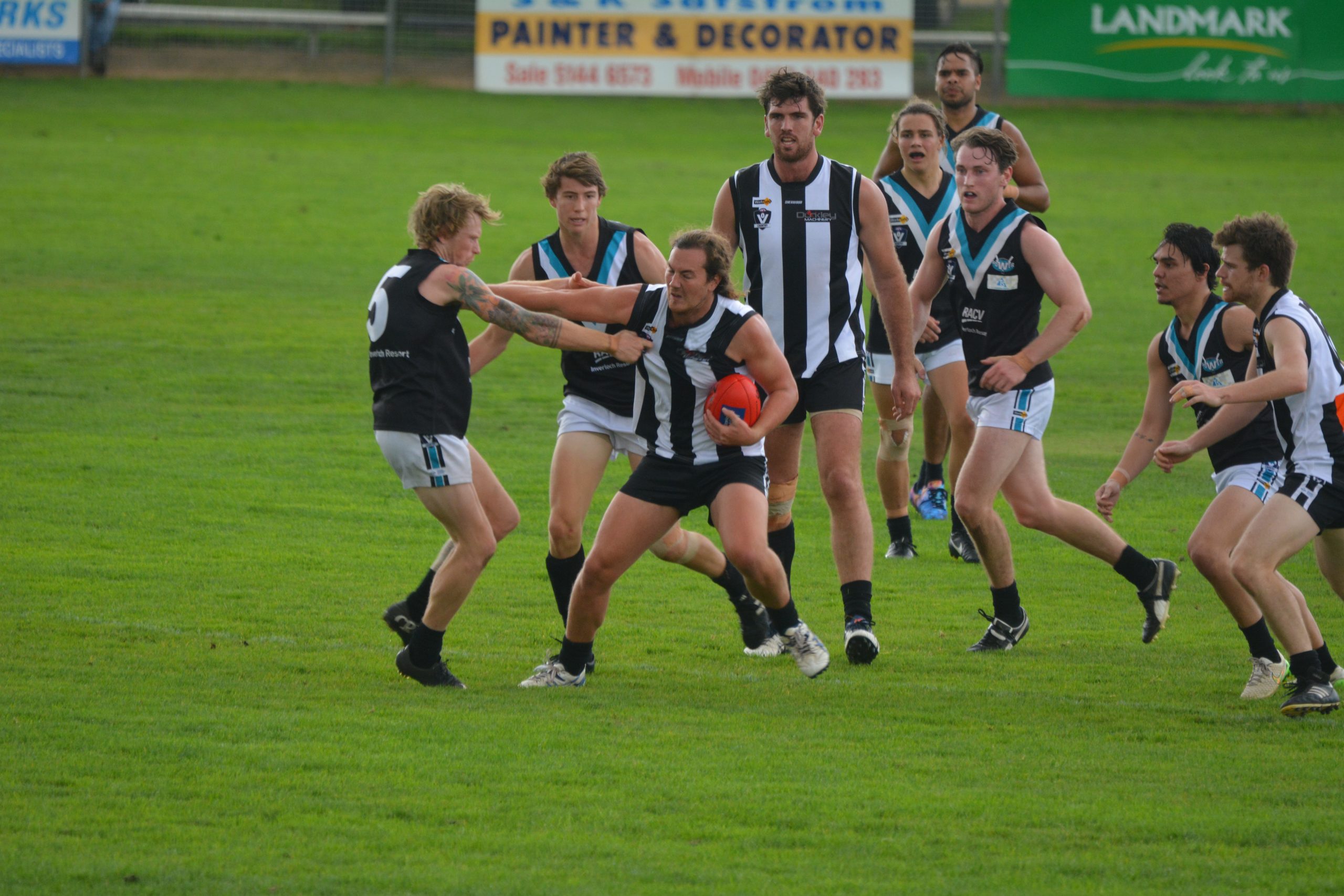 AFTER a good win at Morwell last round, Sale continued that form with victory over Wonthaggi on Saturday in Gippsland League football.

The Magpies had all the play early in the match, but their disposal was a bit astray, however a quarter-time rev-up got them back on track. They ran the ball well out of defence, and their better use of the ball gave the forwards the chance to set-up a winning score.

The defence, led by Ben Dessent across half-back and coach Shane Fyfe behind him, read the play well.

Michael Todd dominated the midfield duels, and his disposal by hand and foot gave his teammates the chance to keep pushing into attack.

John Gooch was good up forward with four goals, his strong marking and solid work in the packs was again a feature of his game which created opportunities for his teammates.

Lachie Heywood and Jack Lipman shared the ruck work, kicking three goals between them and setting up chances for the skilled players at ground level.

Jarrod Freeman was also good up forward with two goals.

The rebuilding Magpies are young, they still have good experienced players to come in, and they will continue to improve.