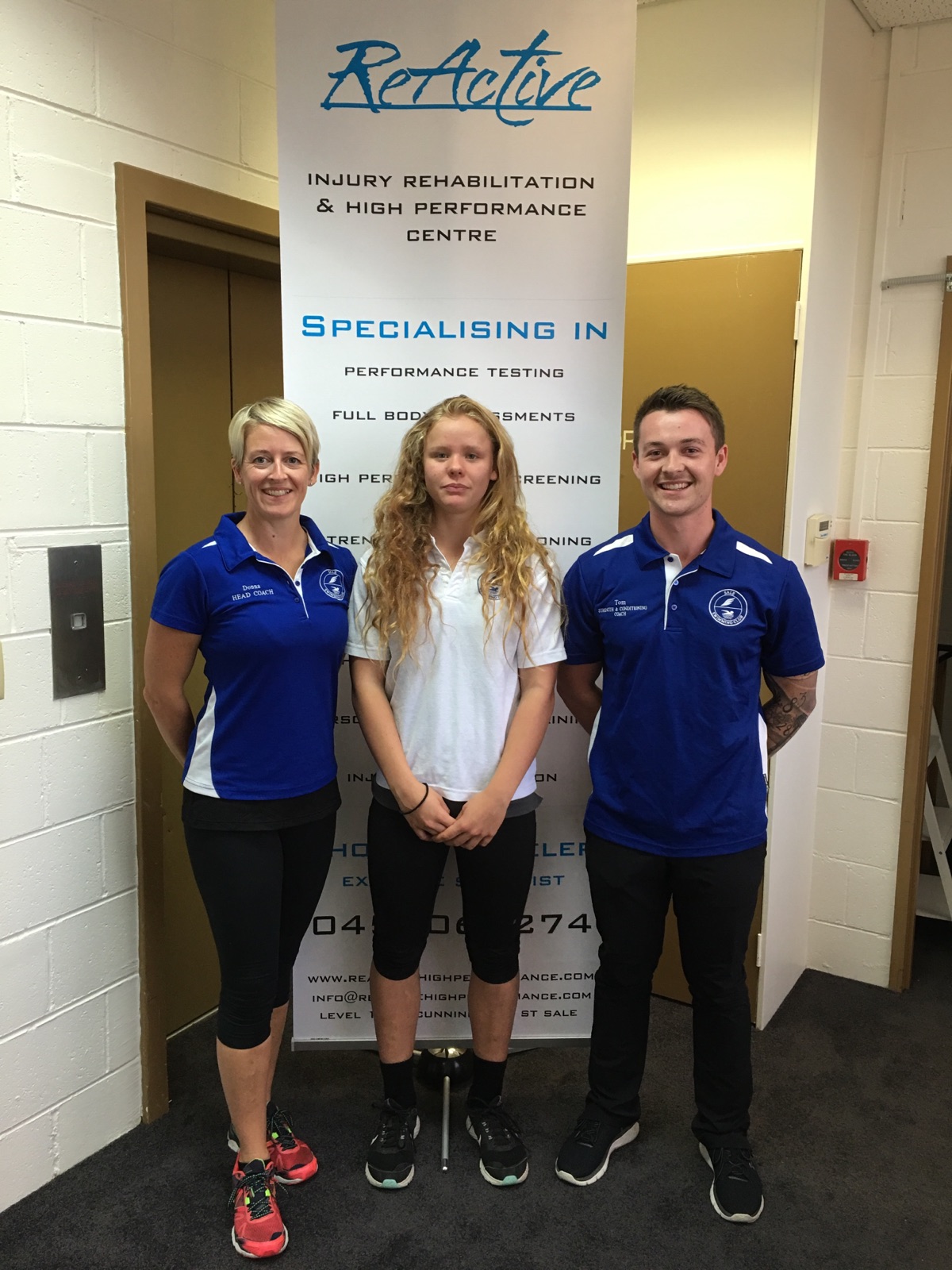 For the past three years, Noble has dominated the butterfly events, winning the 50m and 100m titles for Gippsland and country Victoria, making the final at the state age championships and winning a medal at the Victorian sprint championships.

As a 12-year-old in 2014, she finished in fourth position in the 100m butterfly at the country championships, held at Wodonga.

Improving her time over the following year by an impressive four and half seconds, Noble won gold for the 13 and 14 year division at last year’s country championships in Geelong.

It was this swim which qualified Noble for the age nationals for the first time. As a result of this achievement, she secured a position on the Gippsland Sports Academy team.

So far this year, Noble successfully defended her 100m butterfly title at the Victorian Country Championships.

Noble also enjoyed success in the 50m butterfly events at the state sprint titles, finishing in third position in 2014 and 2015, and fourth this year with an outstanding time of 29.74 seconds, and producing another great time of 28.52s to finish fourth in the 50m freestyle final.

Noble was selected on the Gippsland interdistrict team this year, representing the district as the fastest 13 and 14-year girl for the 100m freestyle and butterfly, winning gold in both. This meet also saw Noble drop her butterfly time 1.5s to an impressive 1.06:55 minutes.

Noble said she chased her national time for the entire long course season, and narrowly missed it on many occasions.

A trip to Melbourne mid-February and a meet targeted for the national squad saw Noble swim the qualifying time of 1:07:55min in the 14-year girls’ 100m butterfly.

Noble produced another gutsy swim at the Australian age championships, in a time of 1:05:96min, placing her as the 16th fastest 14-year-old girl in Australia.

Noble said she felt her fitness and strength had increased over the season with help from the coaching of Donna Rowand and the introduction of the strength and conditioning coach Tom Wheeler.

“As her swim coach, it has been an extremely rewarding experience to watch Charlie’s growth both in and out of the pool over the season. Qualifying for Australian swimming championships does not happen by chance,” she said.

“Qualifying times are set at an extremely competitive standard in our sport and it takes not only talent but discipline, determination and drive to achieve them.

“Charlie trains early mornings in the pool every day of the week and three hours on Saturday, with a further two gym sessions after school.

“This is not a work load for the light hearted.”

Noble’s initial disappointment in her results at the Victorian age championships pushed her to train with more focus and self-discipline, Rowand said.