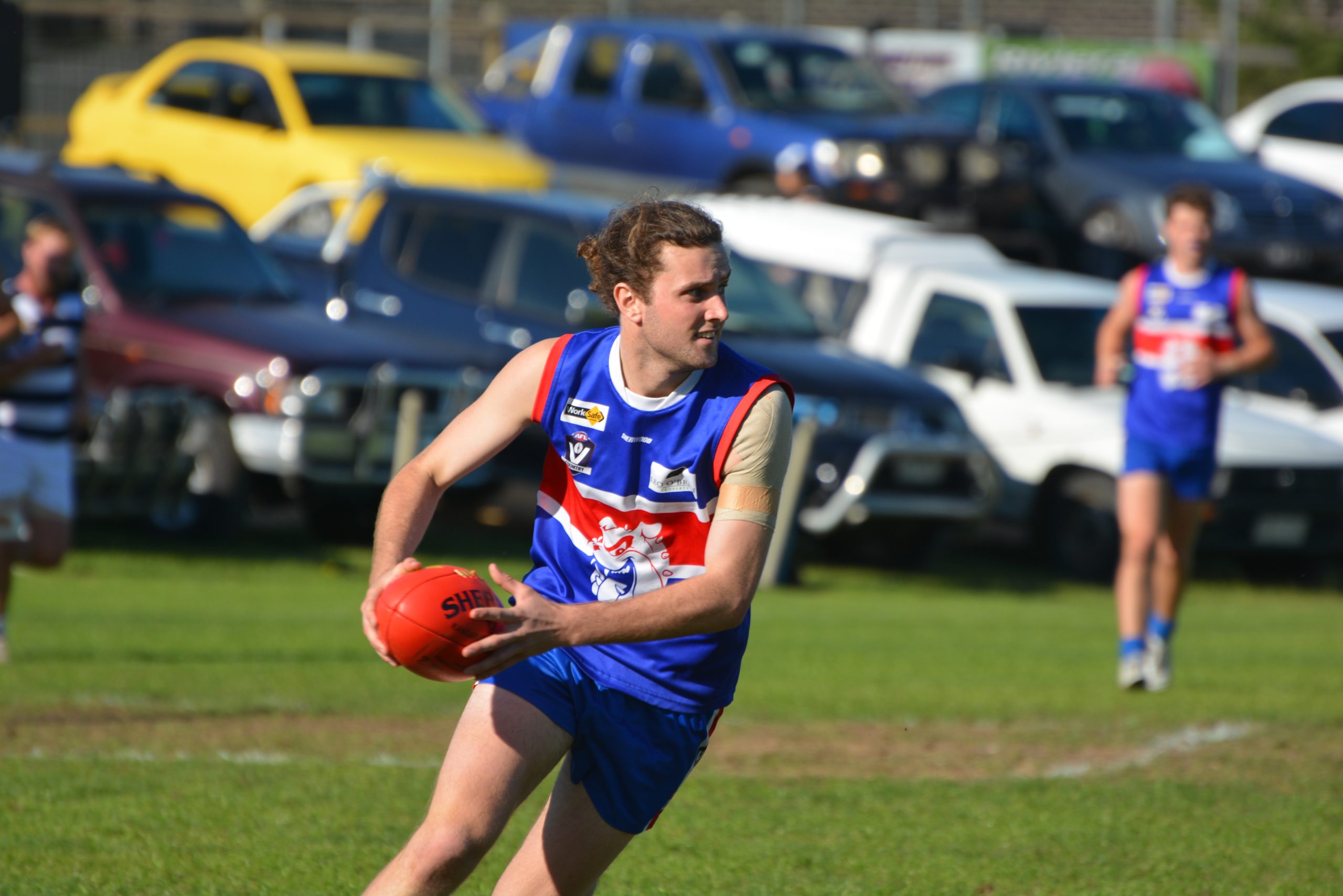 YARRAM moved into second place on the North Gippsland football ladder, after a convincing win over Traralgon-Tyers United.

Rosedale and Woodside were both defeated comprehensively, while Churchill had a comfortable win.

The Demons, Blues, Wildcats and Cougars are locked on four wins and two losses, with undefeated Sale City two games clear at the top of the table.

With coach David Piasente still coaching from the sidelines, the Bulldogs were hardly challenged in the 141-point drubbing.

Churchill got the jump early in the first quarter on a somewhat undermanned Rosedale, and never looked like losing from then on.

The Cougars led by a comfortable margin all day and were never challenged with Allan Chandler, who kicked five goals, Brandon Holt and Chris Williams all contributing up forward in a purposeful, combined effort. Nick Celima was best-on-ground.

The major goal kickers for Heyfield included Jesse Jackway and Joel Dinsdale with three each, while Shae Duncan and Leigh O’Mara also kicked three for Glengarry.

Best for Heyfield was Kodie Woodland, while best for Glengarry was O’Mara.

The Demons led by 10 goals at half-time and were never challenged, inflicting the fifth loss of the season on the Bombers.

Corbin Sutherland’s eight-goal haul places him six clear at the top of the goal kicking table on 35, while Yarram teammate Chris Bruns was his side’s best player.

In a high scoring shootout, the Saints kicked 10 goals during the third quarter to blow the game apart.

Linden Brunt starred up forward for the Saints with 11 goals, supported by Bradley McBride with six and Kyle Stamers four.

Pat Tainsh was best-on-ground for the Saints.