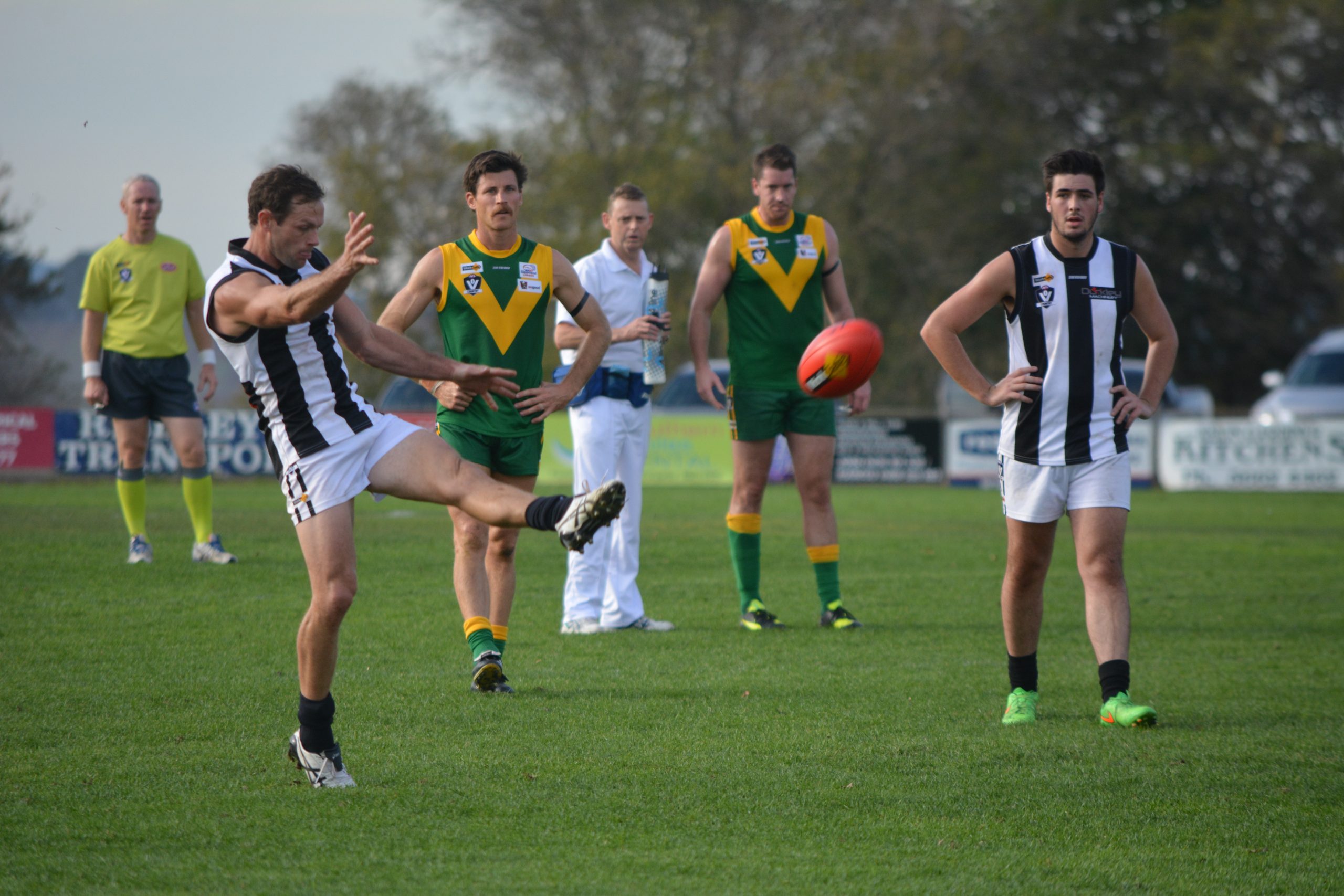 Scoreless in the first quarter, the Magpies were always in damage control and could only boot six goals for the game, whereas the Parrots went on a goal kicking spree, with 11 players booting majors. Zac Vernon, with five, and Aaron Hillberg, four, topped the Parrots’ long goal kicking list.

The Parrots kicked tallies of seven, six, and eight goals in the final three quarters.

The Parrots applied pressure at will and with numerous uncontested possessions, embarrassed the less skilled visitors. Using the corridor well on the long Leongatha ground, the Parrots gave the Magpies a football lesson.

Sale gave its opponents far too much latitude and was never in the game at any stage.

When the Magpies got the ball, they made too many bad decisions and turned the ball over consistently as a result of the pressure applied by Leongatha.

Too often the young Magpies were guilty of basic skill errors, which turned into easy possessions for their opponents.

The Parrots are a classy outfit and do not look like losing a game this season. In this match, to pick stand-out Leongatha players was almost impossible.

The Magpies’ best could be counted on one hand.

Only the old guard of Kane Martin, Shane Fyfe, Chris Laverty, together with Jack Lipman, could hold their heads high. This quartet spent most of the match mopping up mistakes made by their outclassed teammates.

Lipman was easily the best big man on the ground, working tirelessly for his side all day.

Sale has now slipped out of the top five, and a game behind Warragul and Moe.

Sale supporters will be looking for a vast improvement from the Magpies if they are to get back on the winners list. This will be difficult having very few fresh players up to senior level to pick from.

While the win-less home side began well, booting five goals to three in the first term, the Eagles responded with a seven-goal to three second quarter to lead by 13 points at half-time.

Hamish Nettleton was the Eagles’ leading goal kicker, with four.

MOE made a winning return to Ted Summerton Reserve, defeating Drouin by 63 points.

WARRAGUL highlighted its improvement with a 14-point win at Wonthaggi.

Brayden Fowler continued his form in attack, kicking five majors for the Gulls, while teammate Brad Scalzo was strong on the ball.

TRARALGON was too strong for Bairnsdale away from home.