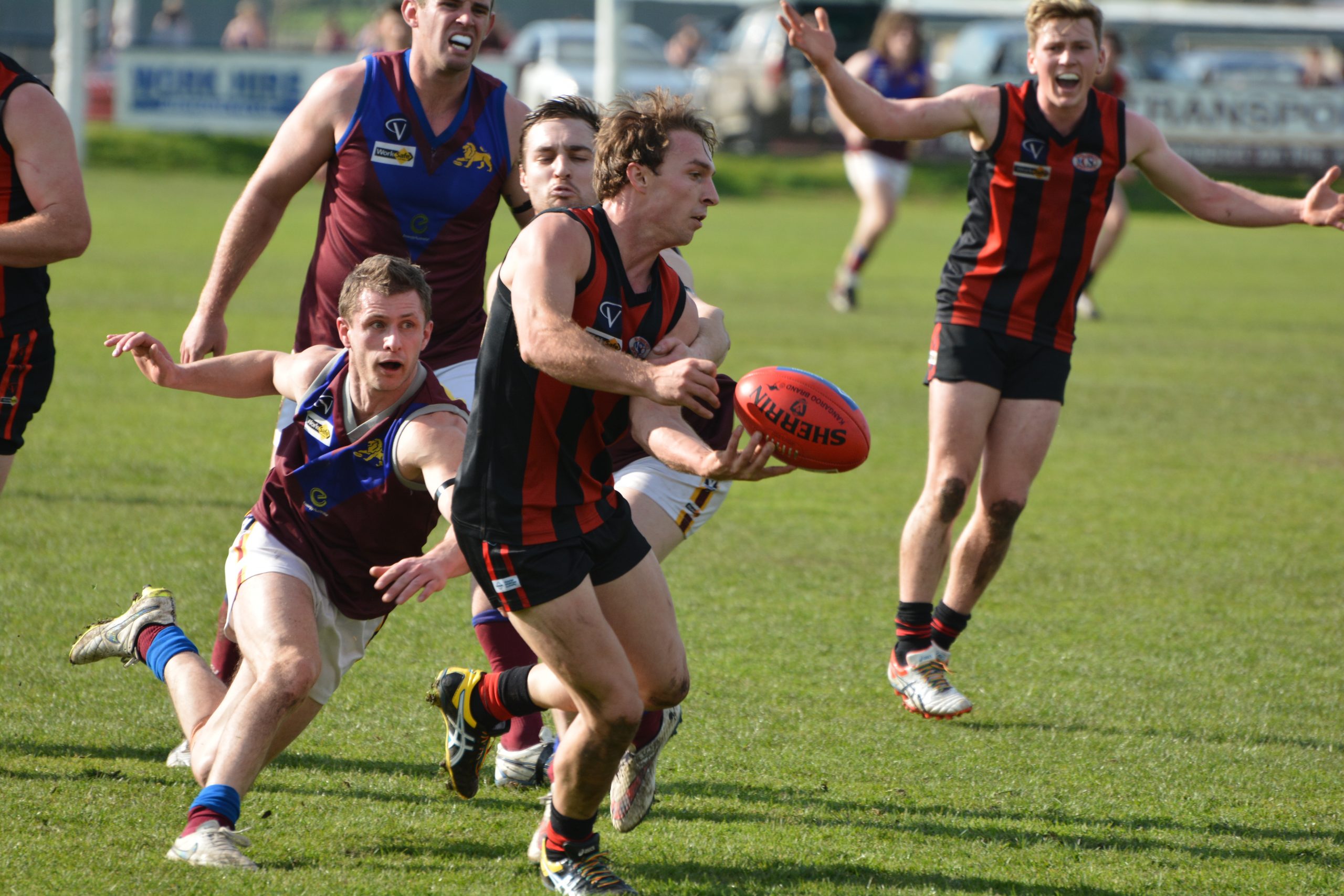 MAFFRA will host Moe in a battle between teams in Gippsland League football’s top four.

Currently in third place, the Eagles have won their past eight matches against Moe, all but one of those by at least 45 points. However, the Lions will on Saturday provide a different proposition than in previous seasons.

After losing their first two games this year, the Lions have won their past three to move into fourth place on the ladder. They haven’t won four on the trot since 2010.

Moe is developing a potent forward line, with in-form Karl Mutke and Mark Engley set to keep the Maffra defenders busy. Lions coach James Blaser is among a group of quality on-ballers who can also test the opposition.

The Eagles have won their past two matches. While they turned out to be comfortable victories, slow starts in both are cause for concern.

Maffra has been hit by a spate of injuries to key players lately, but as shown last weekend against Morwell, it has plenty of players willing to step up when required.

The Eagles will enjoy the weekend off for the interleague match more with a victory over a top four side.

SALE will return home after two weeks on the road.

The Magpies and Saturday’s opponent Bairnsdale have both lost their past two matches by large margins. Over the past two weeks, both sides have been burned by top two sides Leongatha and Traralgon.

Both are a win outside the top five, but also need to boost their percentage considerably.

The teams are forming some worrying scoring trends.

The Redlegs has managed to defeated Sale just once since returning to this competition in 2011. The Magpies have won their past three matches against the Redlegs, whose most recent win at Sale came in 1994.

ONE of the season’s biggest improvers, Warragul, will travel to Leongatha.

Sitting in fifth place with three wins, Warragul is a much-improved side this year and will be looking to push the Parrots.

This match will feature the league’s leading goal kickers Brayden Fowler for the Gulls and Chris Dunne for the Parrots.

COMING off four straight defeats, Wonthaggi will take on Traralgon away.

The Power has had trouble covering the loss of key players from last year, giving the Maroons the edge in the air.

The second-placed Maroons’ form contrasts their opponent’s, having won four in a row after losing their opening match.

DROUIN will host Morwell, with both teams desperate for a win.

The Hawks have just one victory this season, while the Tigers are yet to sing their club after a match.

It will be a big day for the Soutar brothers, with Tigers coach Joel playing his 200th senior game for the club and Devon his 150th.