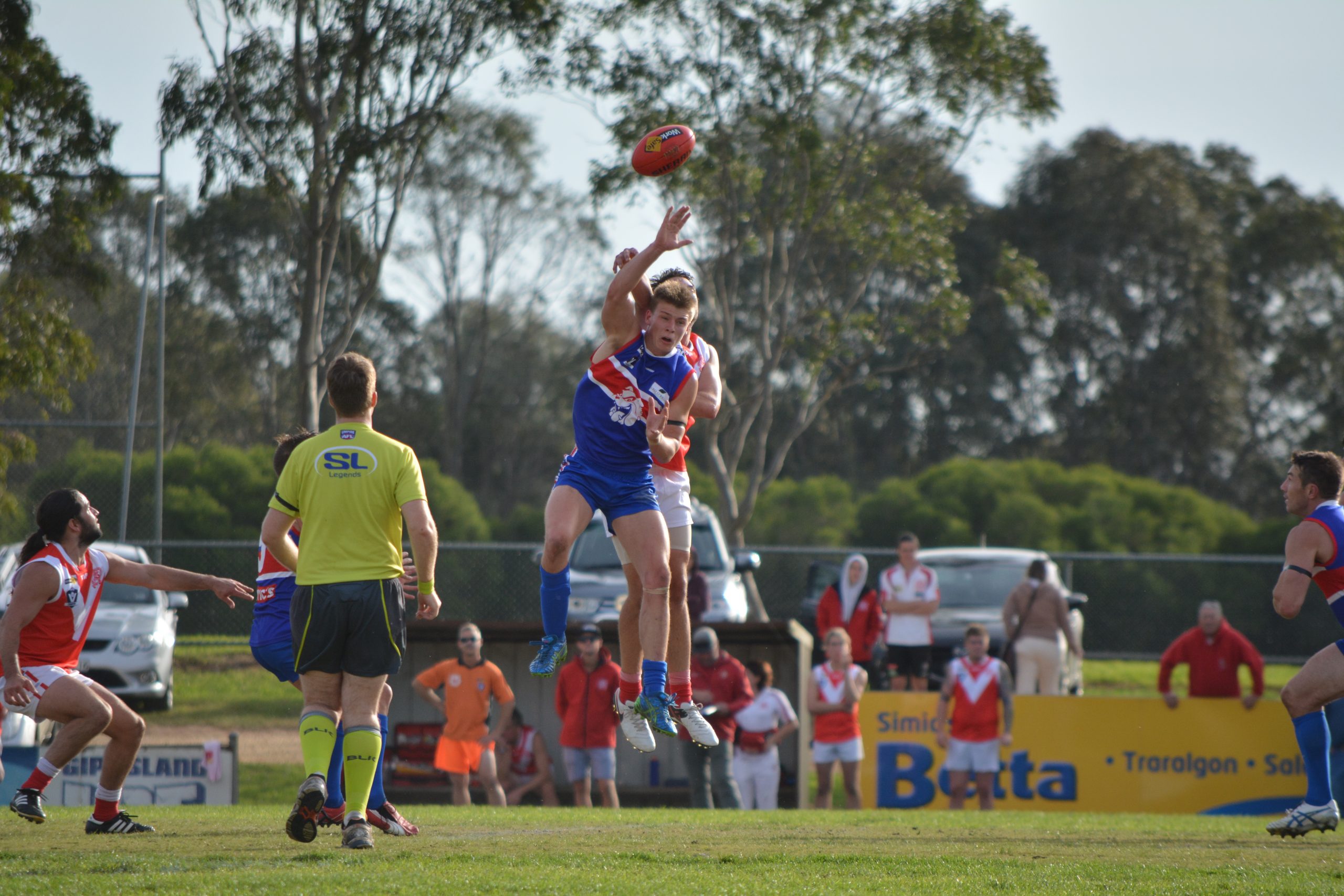 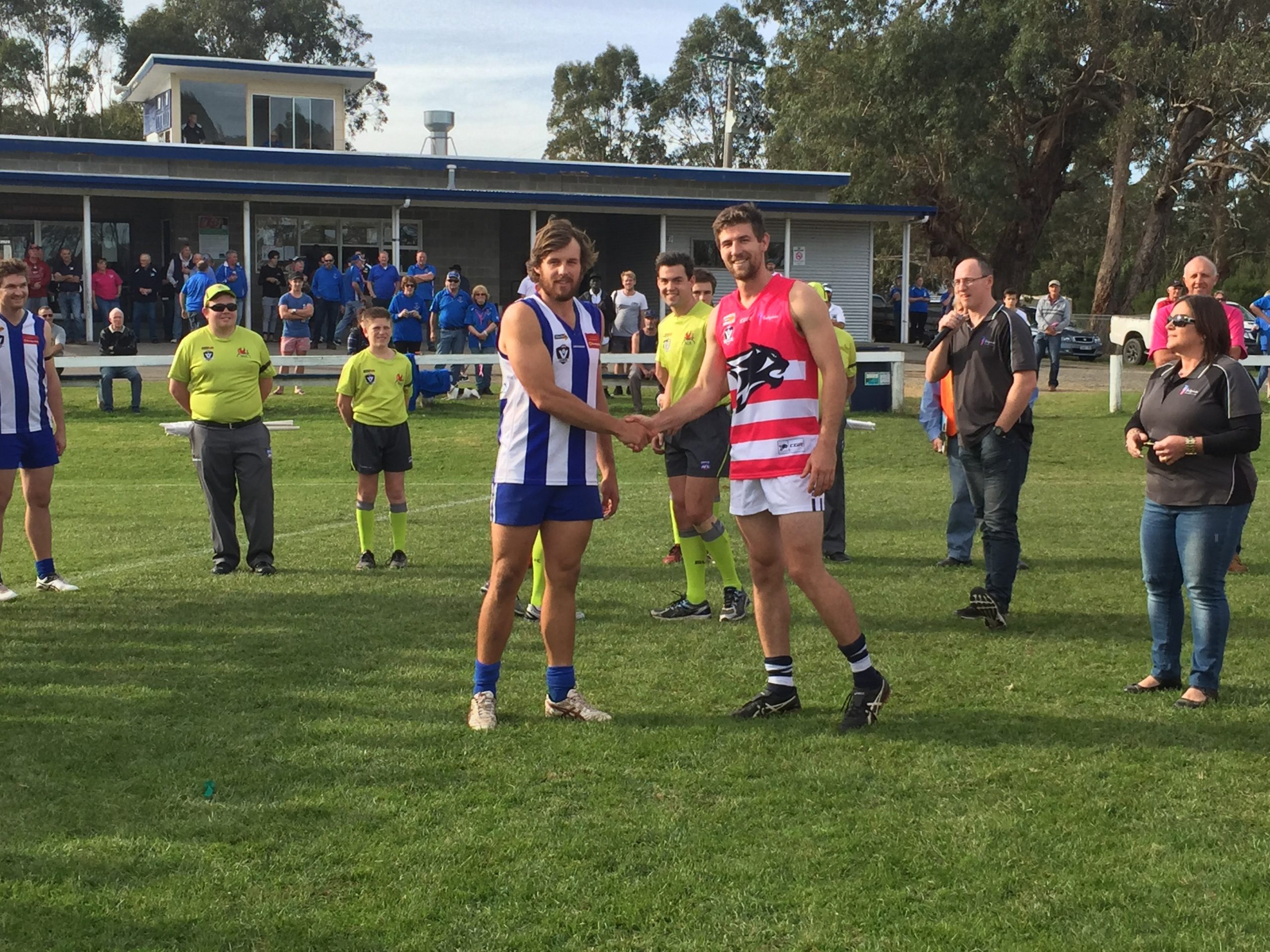 The Demons led at half-time only to be outclassed in the second half by the undefeated Bulldogs.

The felines are on the prowl however, with the Wildcats and the Cougars both recording wins. Woodside defeated Heyfield soundly, while Churchill defeated Cowwarr convincingly.

The victories put Woodside and Churchill in second and third place respectively with six wins.

THE undefeated Sale City juggernaut rolls on into round eight, despite a scare from Yarram.

Despite leading goal kicker Corbin Sutherland being suspended, the Demons led by three points at half-time, but in a gutsy second half, Sale City managed to kick away to a 28-point victory, 12.13 (85) to 8.9 (57).

The Bulldogs remain two games ahead of their nearest rivals and look good approaching the season’s halfway mark.

The Wildcats led at each change and were never really challenged in a hard-fought team effort, resulting in a comprehensive victory.

The home team wore pink jumpers in support of the Footprints Foundation, which supports local women and their families dealing with breast cancer.

Heyfield has been hot and cold this season and are just outside the top five on four wins and four defeats.

The in-form Cougars and Saints pushed each other right to the wire in an epic struggle.

The Cougars led by a healthy five-goal margin at half time, but the Saints came home strongly, but it wasn’t enough as Churchill held its nerve to win by 20 points.

Brandon McDonald played well up forward for the Blues, kicking four goals, a figure matched by teammate Jack Tatterson as they claimed their first win since round one.

The Tigers came within 18 points during the final term, but it wasn’t enough as TTU piled on the final three goals of the game to seal victory.