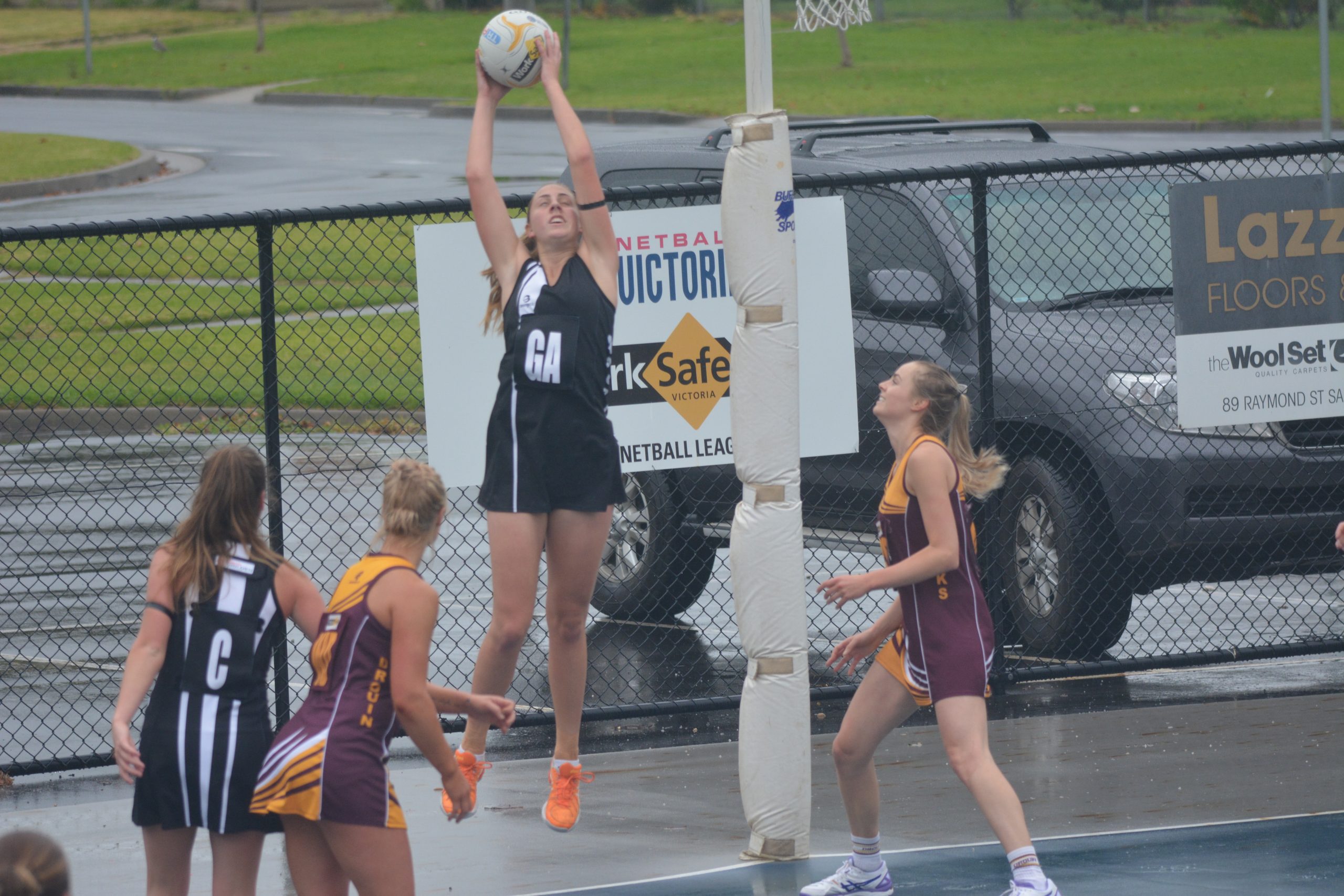 DROUIN edged away from Sale to knock the Magpies out of the Gippsland League netball top five.

The Magpies fought hard early at home on Saturday before the Hawks lifted in the second half to win 56-31.

The loss leaves the Magpies four points behind fifth-placed Leongatha.

Wonthaggi is also just four points outside the top five after its 46-30 home win over Maffra.

Moe moved ahead of Leongatha on the ladder after its percentage-boosting 56-26 win at Bairnsdale.

The Parrots dropped to fifth after their 46-39 loss to Morwell at home.

Gormandale claimed its third win of the season with a thrilling 44-43 away victory against Sale City.

BOISDALE-Briagolong ended a two-game losing streak on Saturday to remain in second place on the East Gippsland netball ladder.

The Bombers thumped bottom side Paynesville 52-24 at home.

The Bombers remain ahead of Stratford on percentage after the Swans had a 40-23 win at Lindenow.

Top side Wy Yung remains undefeated after a 39-31 win over Orbost-Snowy Rovers, while Lakes Entrance moved into fourth place with a 66-27 thumping of Lucknow.