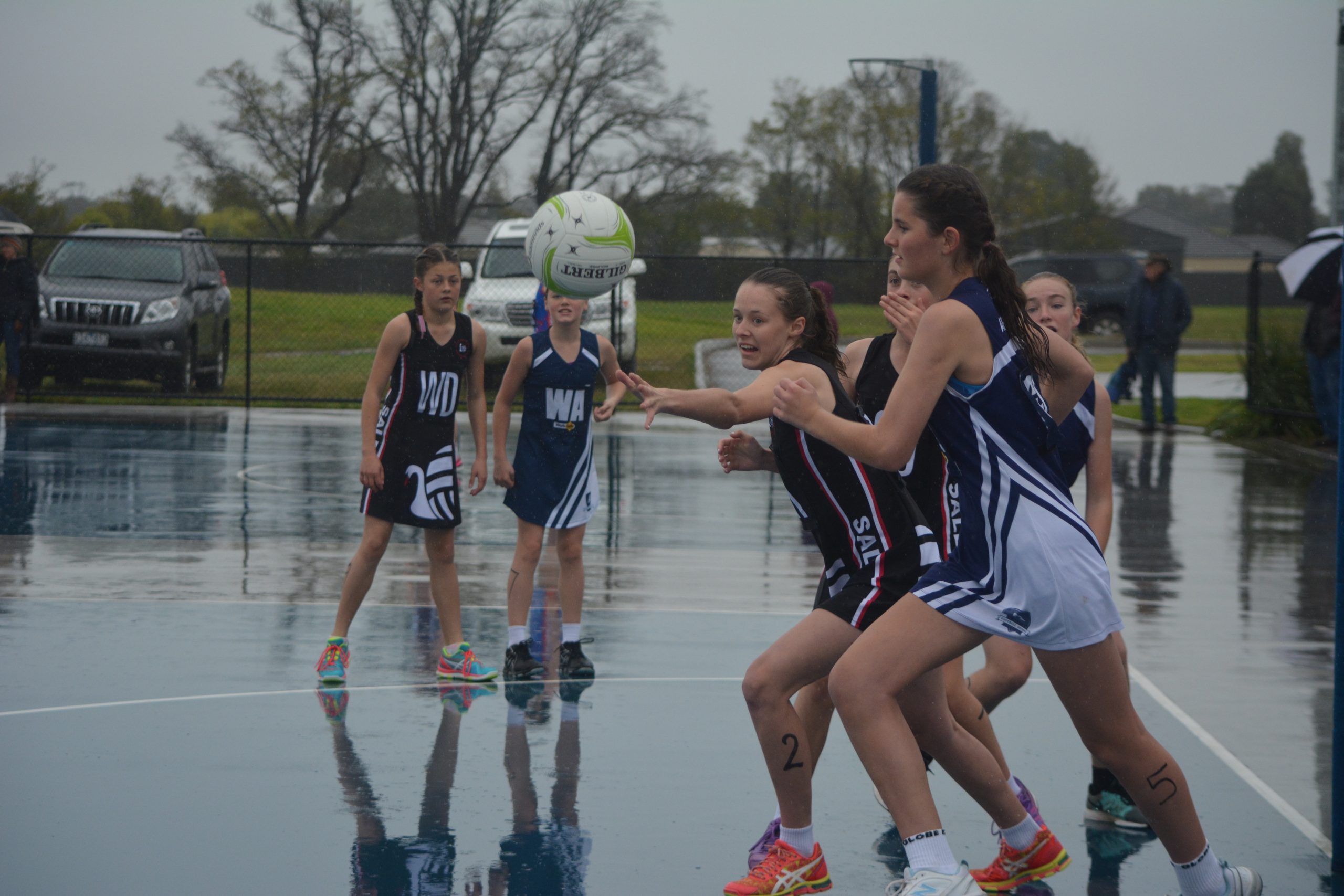 The event was held in drizzling rain at the Gippsland Regional Sports Complex in Sale.

The Alberton Football-Netball League defeated the Gippsland League 11-10 in the under 17s grand final.

Gippsland won both under 15 grand finals against Alberton, winning the championship section 16-10, and the reserves 18-8.

In the under 13s championship grade, Gippsland defeated Ellinbank and District Netball Association 20-17, and Alberton defeated Sale NA 10-8 in the reserve grade.

The top two teams in each age group from each region will take part in the state finals, to be held in Melbourne on June 26.

Teams from the host association reached the semi-finals in most grades.

Local umpire Joan Cam had a family support team working at the event.

Joan’s daughter Sharon Short was event co-ordinator, while Sharon’s son Josh Short was entering the results on the computer and husband Brad was preparing lunches on the barbecue. Joan’s granddaughter played in the Sale under 15 reserve team.