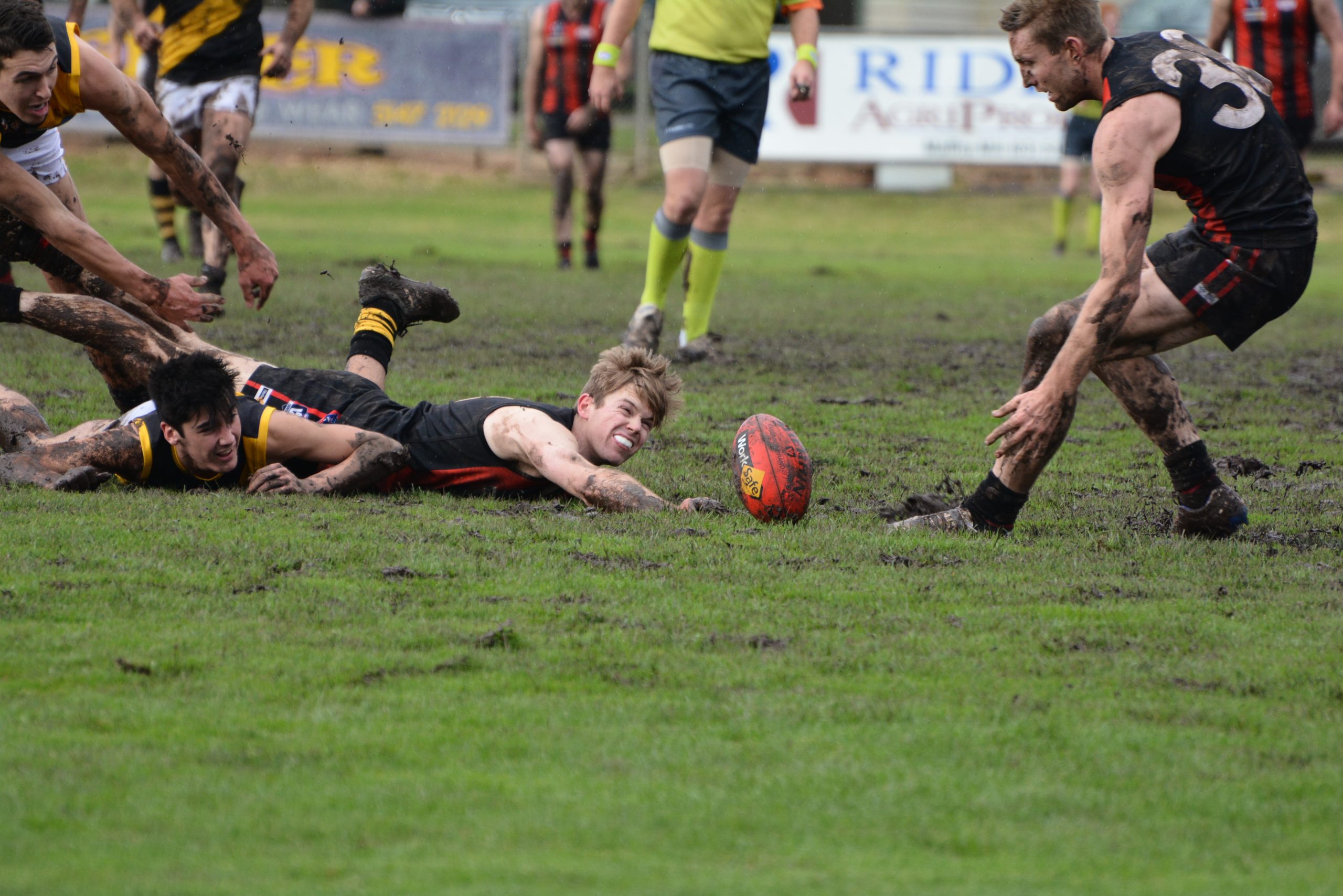 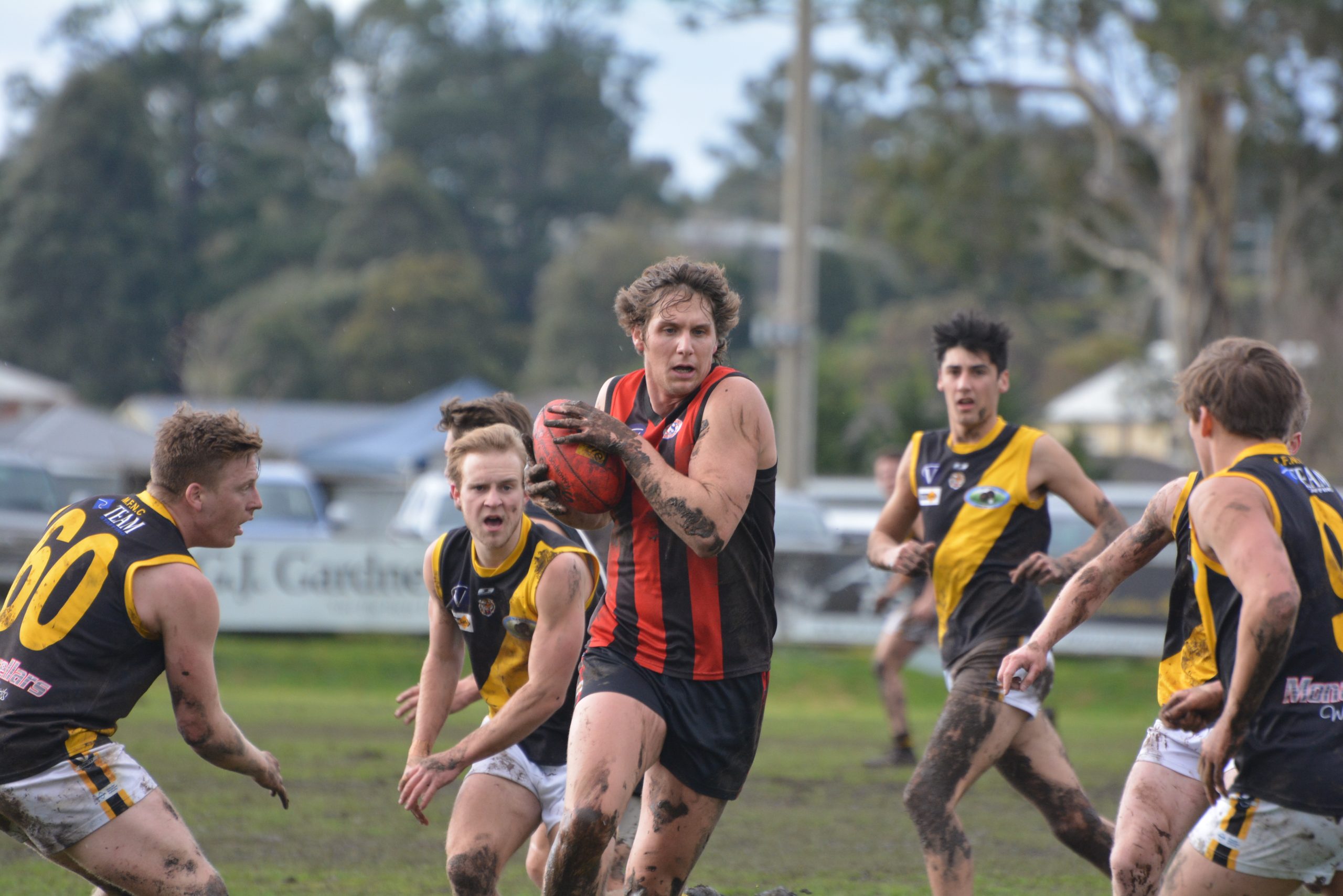 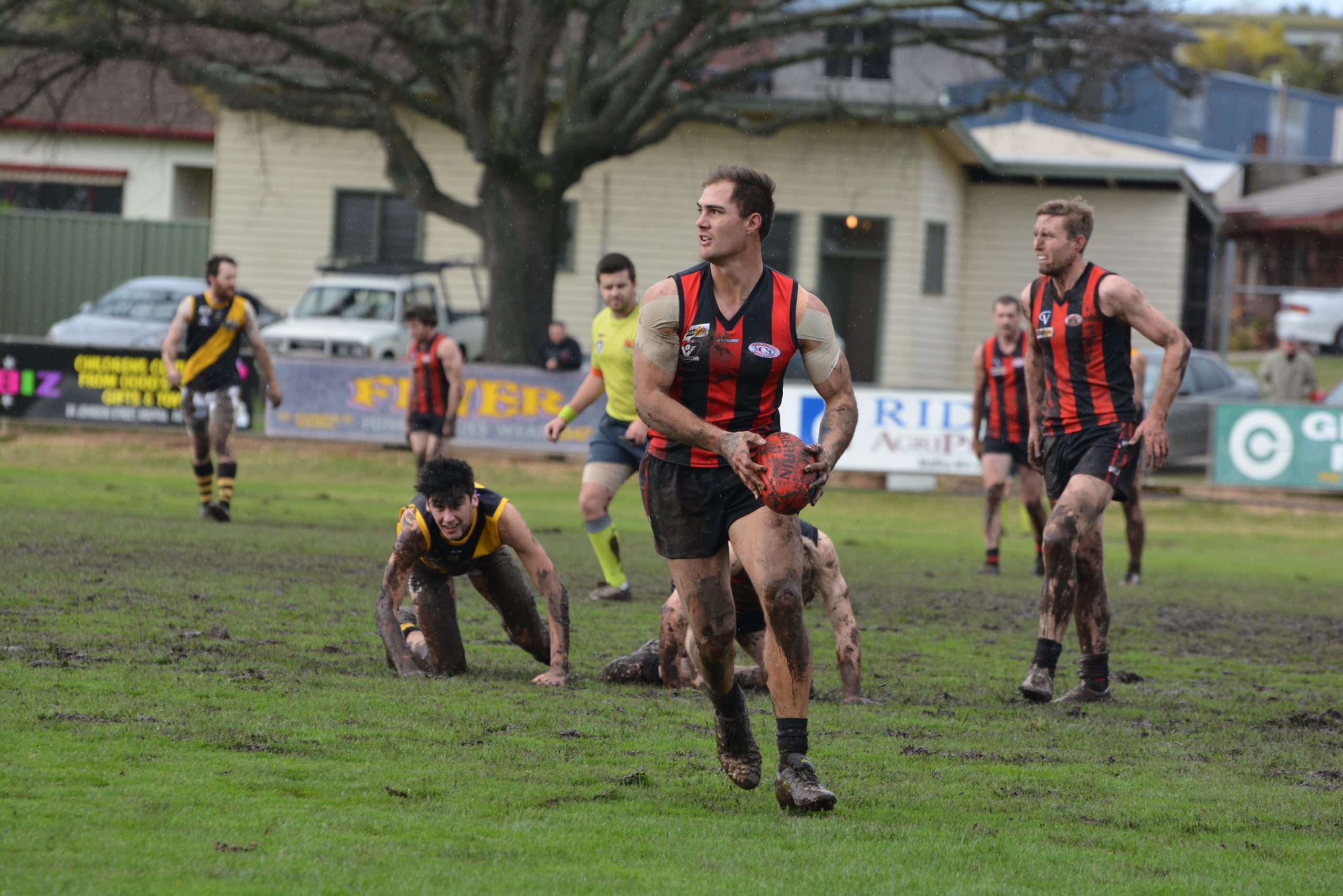 RELATED: Leaders kick away at Sale

IT may not have been pretty, but the Eagles got the job done.

The Maffra Recreation Reserve hadn’t fully-recovered from heavy rain which forced the match against Leongatha to be abandoned. Rain leading up to Saturday’s match ensured much of the ground remained muddy.

Morwell recorded its lowest ever score against Maffra, two fewer than it previous worst, set in 2004.

The total of 42 was the lowest aggregate score in a match between the two sides. The previous lowest was 72 in 1974.

It was the third lowest match aggregate in league history. Only matches between Traralgon and Morwell in 1991 (39 points), and Warragul and Traralgon in 1978 (40) were lower.

Both teams found it hard to score in the conditions, while the mud prevented free-flowing football and solid handling of the ball.

Through good attack on the opposing ball carriers and better skills in the mud of the midfielders, Maffra had more of the ball, but struggled to find avenue to goal as the Tigers had numbers in the back line.

Maffra forward Mitch Bennett out-scored the Tigers on his own, finishing the match with three goals. The Eagles’ other goal came from Jackson Scott.

Dan Musil kicked the Tigers’ only goal, seconds before the quarter-time siren.

Maffra captain Sam Pleming cut off Morwell attacks and held strong in the trying conditions, while midfielders Lachlan Channing, Danny Butcher, Michael Coleman, in his return to the side, and Kel Porter relished in the mud.

Jack Brown, Tayler Weatherill and Boyd Bailey, back from VFL duty, were the Tigers’ best players. Michael Duncan, playing his 200th senior game for the Tigers, was also among their best.

The game at Maffra wasn’t immune to low scores in wintry conditions, with matches across the district also affected.

The netballers didn’t escape the winter chill either, with Morwell forfeiting the under 13s match during the third term, as some young players were treated for hyperthermia.