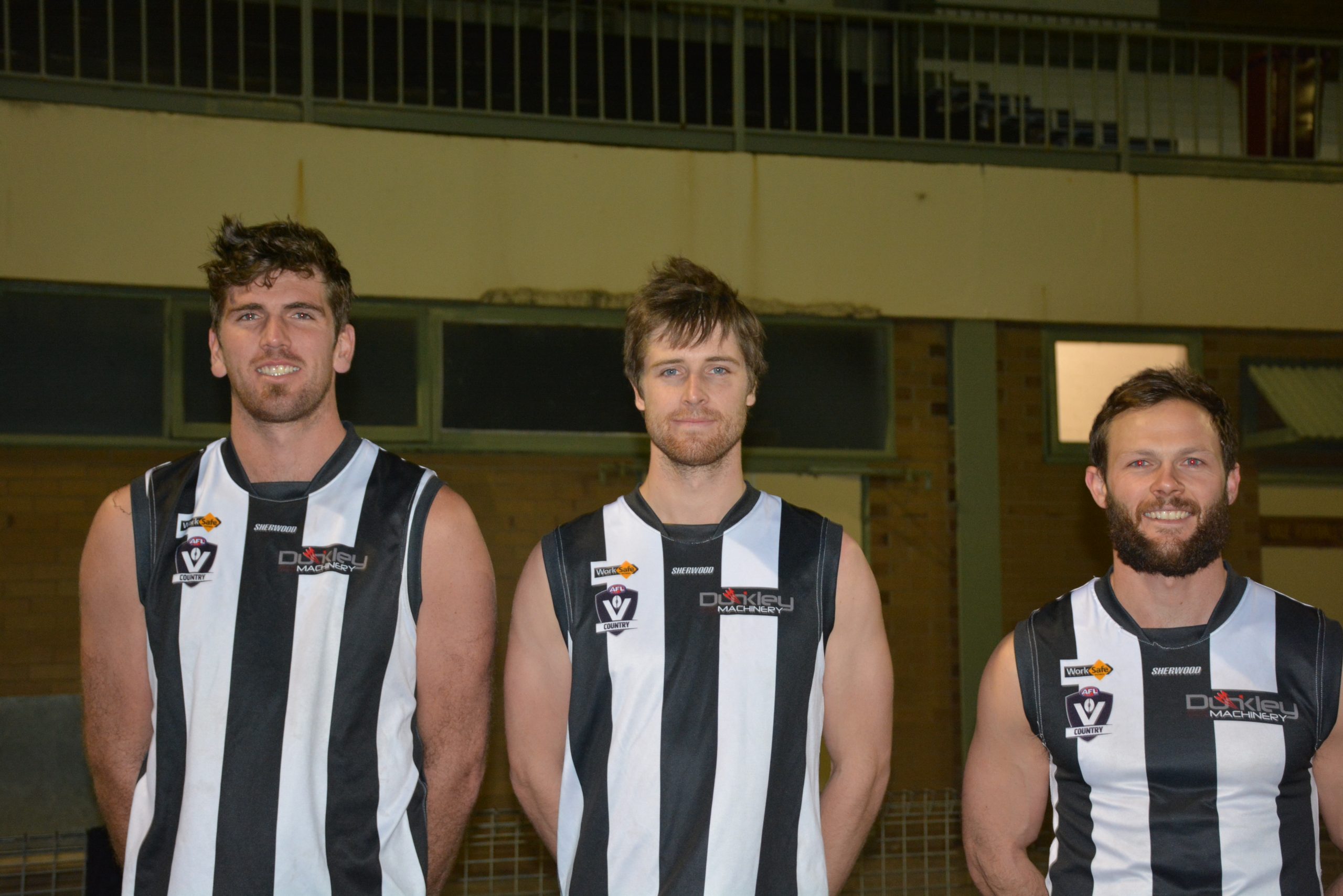 TWO Sale players will reach milestones during the Magpies’ match against Warragul on Saturday.

A third Magpie, Jordan Dessent, will play his 100th game when Sale travels to Drouin the following weekend.

An outstanding player with great ball handling ability and disposal skills, Martin has so far notched up many notable achievements. He played his first senior game in 2005, the same year he began playing with Gippsland Power.

In 2007, Martin was named the Magpies’ Rookie of the Year and in 2008 he won the club’s senior coach’s award before playing with Nilma-Darnum in the Ellinbank and District league in 2009.

Martin was runner-up in the league Trood Award and Rodda Medal in 2011 and won three senior best-and-fairest awards in 2011, 2012 and 2015, making him the third Sale senior player to do so in major league competition.

Lipman began with the Sale under 18s during the mid-2000s, before making his senior debut in round six, 2009 against Traralgon. Lipman played three senior games in 2009, enough to show he could develop into a more than useful tall player.

Lipman made his mark as a regular player in 2012 and has never looked back.

Lipman played in Sale’s 2012 premiership side, sharing the ruck work with Dylan McLaren. He was selected in the Gippsland interleague side, and was named in the league team of the year in 2014 and 2015.

Last season, Lipman was awarded the Past Players Most Valuable Trophy, the first ruckman to receive the honour since Gary Milligan in 1996.

Lipman has also proved to be a useful goal kicking option, kicked 26 goals, including 10 this season.