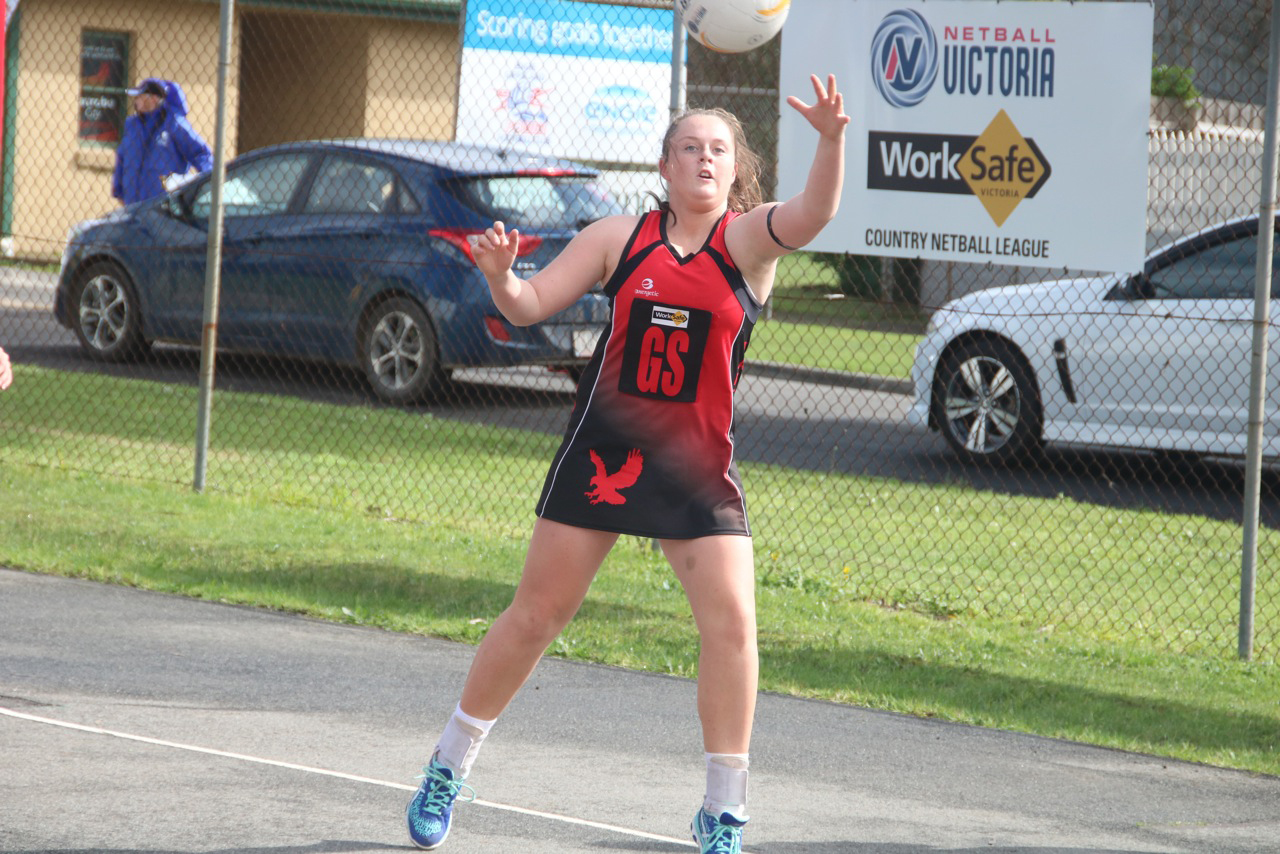 NETBALL supporters had plenty to cheer about at the exciting Gippsland League semi-finals played at Morwell and Moe over the weekend.

On Saturday at Morwell, in an A grade thriller, Traralgon got up to defeat Drouin by one goal, 45-44, to claim the first spot in the grand final.

The B grade match also went down to the wire, with Maffra defeating Traralgon 33-31.

The Jolly sisters were in opposing camps, with Emily playing for Maffra and Sarah for Traralgon, but both were on the same page when the senior footy started, supporting younger brother Tom, who kicked three goals for Maffra against Leongatha.

In the under 15s second semi-final, Wonthaggi held on to defeat Maffra 45-42. The Eagles stormed home, scoring 16 goals to seven in the final quarter.

In another upset, Bairnsdale defeated Sale 31-25 in the under 13s. It was the Magpies’ first loss for the season.

ON Sunday, in the first semi-finals, there were no second chances.

In another high standard cliffhanger finish in A grade, Moe defeated Morwell 44-43.

In B grade, Leongatha defeated Morwell 47-43, and in C grade, the lead changed several times, with Moe holding on to defeat Sale 42-35.

Drouin will play Sale in the under 17 preliminary final, after the Hawks defeated Traralgon 39-27.

In another close finish, Traralgon defeated Moe 38-36 in the under 15s.

Maffra defeated Leongatha 36-30 in the under 13s. The Eagles will take on Sale in the preliminary final.