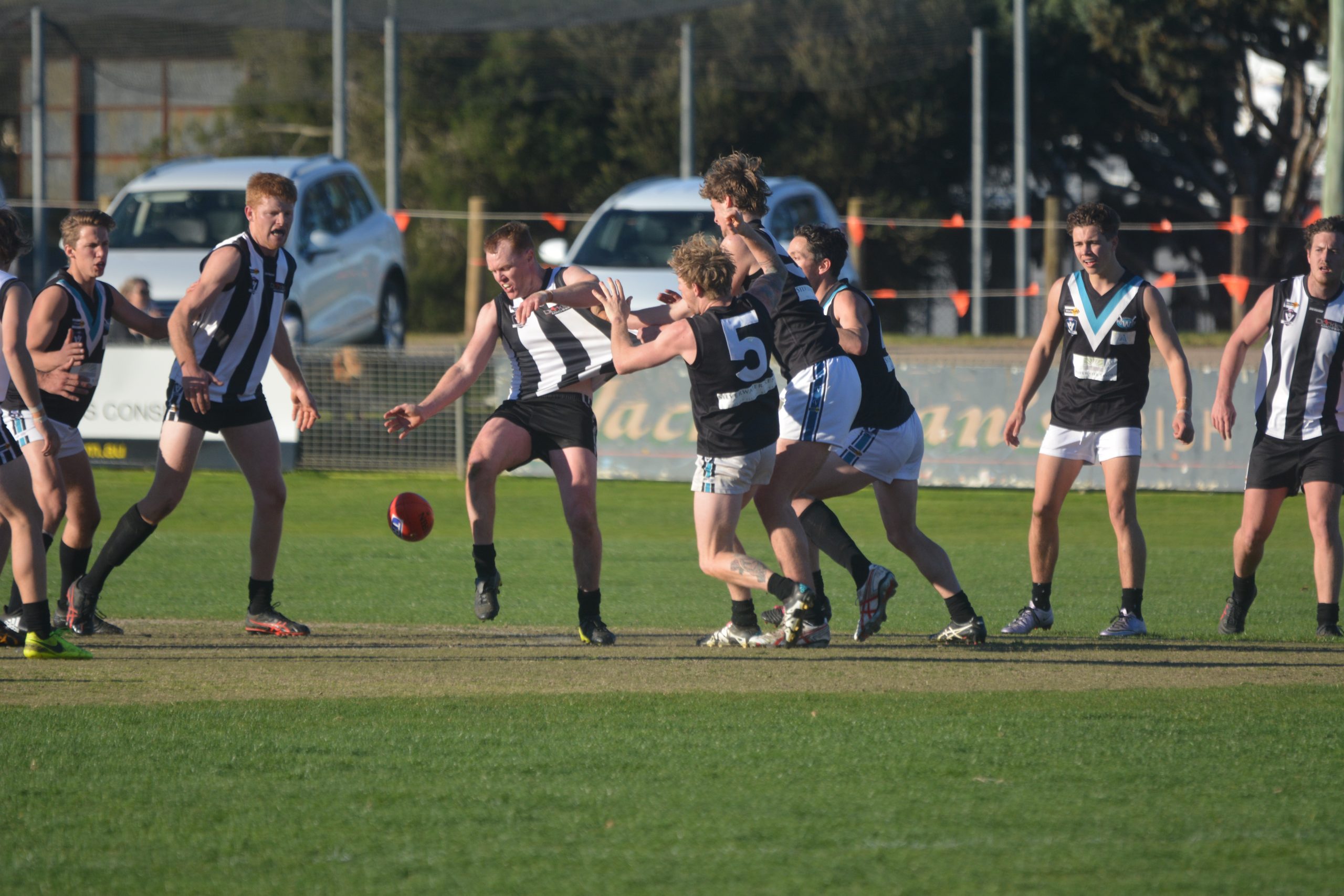 The Magpies ended their season with a 58-point victory over Wonthaggi in windy conditions at home on Saturday.

With players returning and several promising young players making their presence felt at senior level, the Magpies are aiming to return to finals football in 2018.

After beginning with a four-goal to one first quarter, Sale led the Power at every change to win 14.6 (90) to 4.8 (32). The Magpies’ defenders held the Power to one goal each quarter.

The victory was enough for Sale to move into sixth position, 10 points outside the top five, while the Power finished the season in eighth place.

The Magpies had eight goal kickers. A feature of their play was their accuracy in the windy conditions, kicking 14 goals from 20 shots.

Jarrod Freeman was again good up forward, kicking three goals, with his goal assists making him such a valuable player.

Jordan Dessent had another solid game, while Kyle Dunkley kicked two goals, with his ball use adding to his valuable contribution.

The Sale defenders, led by coach Shane Fyfe, have developed into a tight unit. Fyfe, who reads the play better than most defenders, sets a good example for his young teammates.

Under 16s: Traralgon v Bairnsdale, 9am.