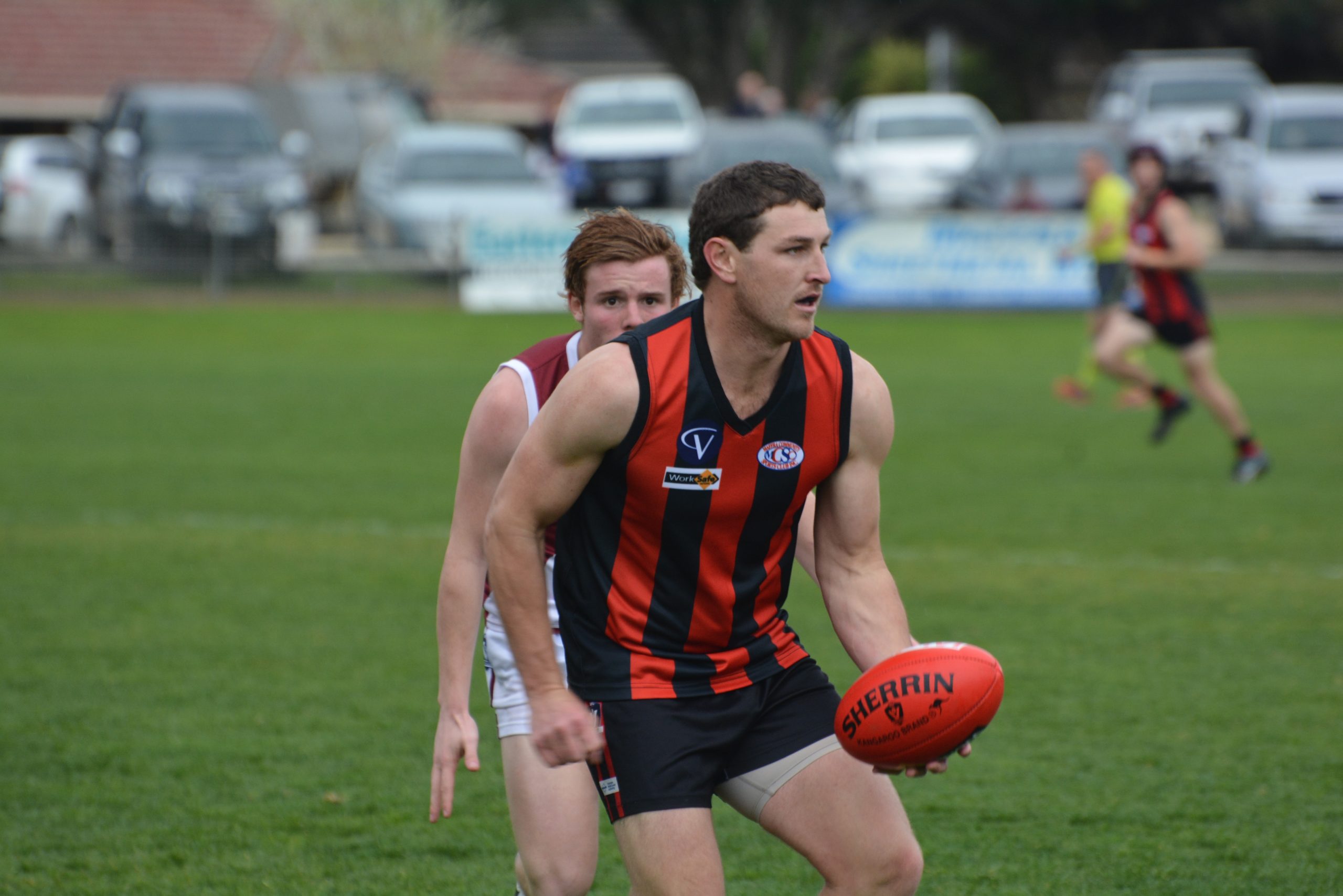 WHILE Maffra has won its past 12 matches against Moe, the Eagles won’t be taking the Lions lightly on Sunday.

The sides will meet in the first semi-final at Sale, with the loser beginning their plans for the 2018 Gippsland League football season. The winner will advance to the preliminary final.

The match was to be played at Warragul, but has been moved to Sale following a ground inspection at Western Park on Monday afternoon.

The Eagles have had the wood on the Lions in recent years, but the gap is getting closer.

In their two meetings this season, three points separated the teams.

In round seven at Maffra, the home side trailed by 15 points at three-quarter-time and needed to kicked four goals to one in the final term to win.

When the team met at Moe in round 16, the Eagles held off a fourth quarter charge from the Lions. Daniel Risol kicked seven goals for Moe.

Since that loss, the Lions have won their past three matches.

In the elimination final last Sunday, the Lions powered away from Morwell to win by 45 points. Peter Ainsworth, Tom Long, James Blaser, Colin Sanbrook and Risol were prominent for the Lions, and will need to be again if they’re to defeat the Eagles.

The Eagles led Traralgon at each break of the qualifying final, but conceded two goals in time-on of the fourth quarter.

It will be the eighth time Maffra and Moe have met in the final, and the first since the 2009 preliminary final.

Traralgon will play in the reserves and under 18s against Morwell and Bairnsdale respectively.

In the under 16s, Bairnsdale and Leongatha will meet.

FOLLOWING a strong performance against Maffra, Traralgon will take on minor premier Leongatha in the second semi-final.

The winner of Saturday’s match at Moe will earn the first spot in the grand final, to also be played at Ted Summerton Reserve.

These clubs have forged a strong rivalry, having met in nine grand finals, going back to the 1946 Central Gippsland premiership decider.

Tomorrow will be the eighth time they’ve met in the second semi-final.

In their two meetings this season, the home team won.

At Traralgon in round four, greater accuracy in front of goal on a windy afternoon saw Traralgon win by 30 points. The return match at Leongatha was a hard fought, low scoring affair with the Parrots winning by nine points.

The Maroons will be looking to take some momentum from its victory over Maffra last weekend, while the Parrots will be fresh from the week off.

Both sides are coming off victories over Maffra.

In the reserves, Maffra will meet Leongatha.

Leongatha and Moe will contest the under 18s match. The Parrots have only lost one match this season.

Traralgon will take on the undefeated Moe in the under 16s.