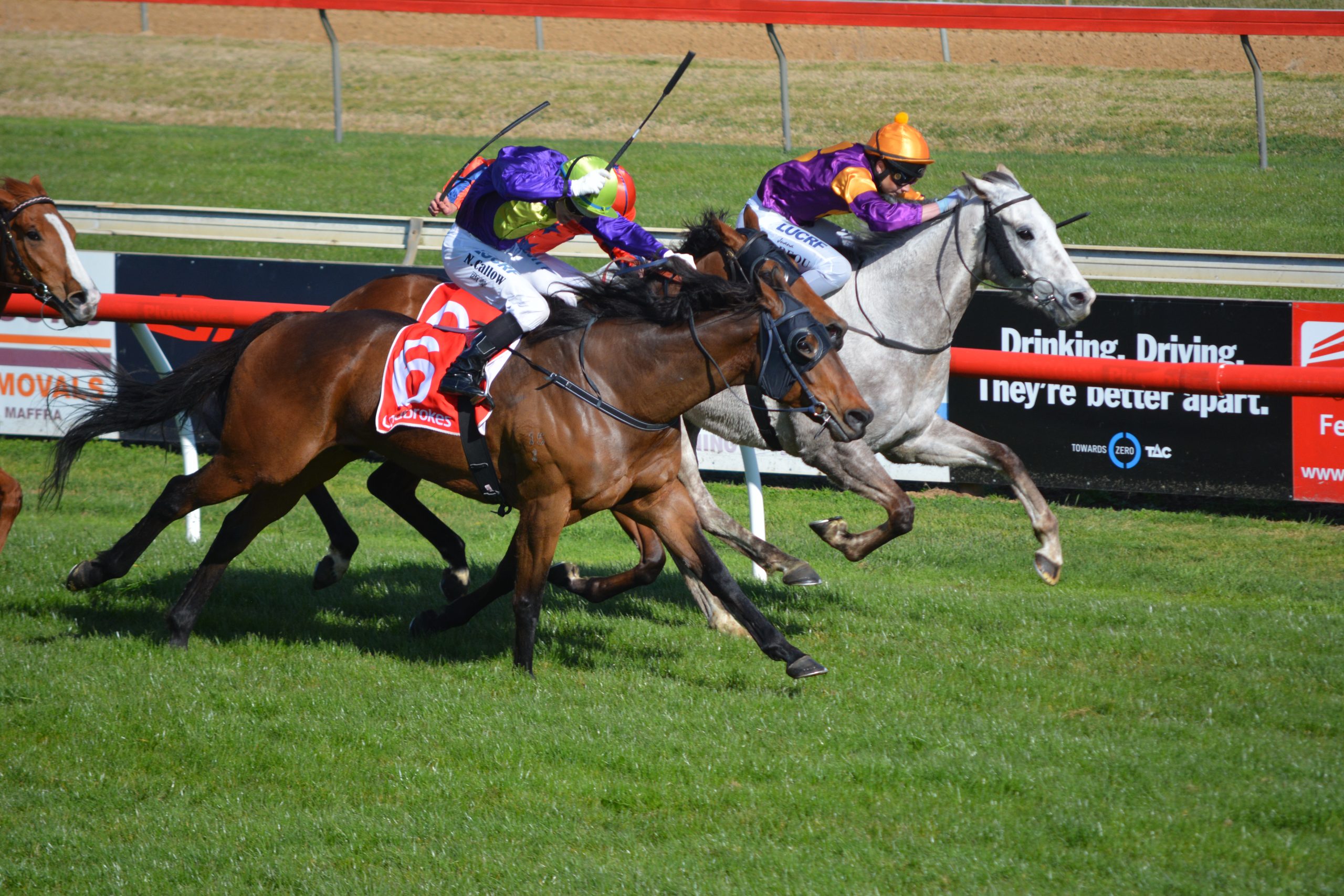 Colourful spring fashions and a variety of hats were a feature of the well-attended function.

On the track, rated a “soft six”, close finishes were a highlight of another outstanding day’s racing.

Dead heats are rare in racing, but when Game Up Hardy, ridden by Noel Callow, and Dallas Storm, ridden by Juana Andreou, hit the line locked together, the judge declare a dead heat after studying the photo.

Both the dead heaters were in good form. Six-year-old Game Up Hardy was coming off a last start third at Moe, while seven-year-old Dallas Storm was second at Cranbourne last start.

Callow had already completed a winning double before riding Game Up Hardy to the dead heat victory.

The race two maiden plate was won by Rioli, trained at Caulfield by Robert Smerdon and ridden by Callow. It was the first start for the promising three-year-old.

Callow notched up his second win on Caulfield-trained Castleton in the race four maiden plate.

Five-year-old gelding Strong Wind, ridden by Nikita Beriman, kicked away in the home straight to win the benchmark 64 handicap from Lochend Ockey, who is trained at Sale by Paul Worthington.

Apprentice jockey Thomas Stockdale, who rode his first winner during the week, won race seven, the benchmark 64 handicap on nine-year-old Fierce Command, who has seven wins and 11 placings from 48 starts.

The next meeting at Greenwattle Racecourse will be Sale Cup day on Sunday, October 29.