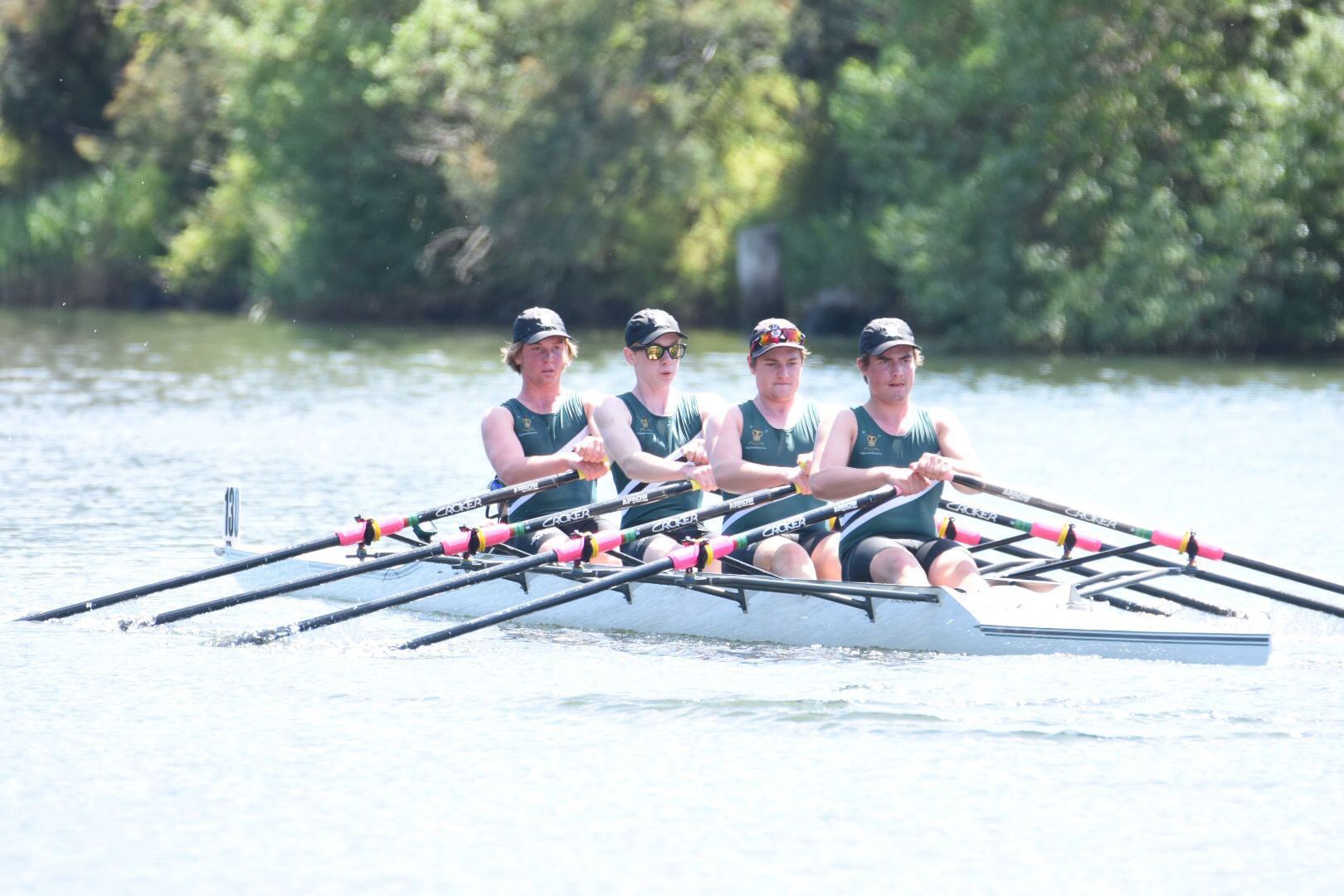 GIPPSLAND Grammar rowers took to the waters of the Mitchell River at Bairnsdale on Saturday to compete in their first race of the season, the Head of the Mitchell.

The Gippsland Grammar senior men’s quad led from the front on the day, completing the five kilometre course as the fastest quad overall, a wonderful achievement for the quartet of year 10 and 11 students.

The result gave the crew of Will Lamb, Andy Gray, Lachlan Wilmot, James Thompson and cox Miya Hancock plenty of encouragement as they look ahead to the rest of the season.

The biggest challenge was laid down to the intermediate girls however, who were selected to race the 5km time trial in single sculls, competing in the under 17 category.

Lisa O’Donnell, Ella Johnson, Becky Strauss and Sian Bates fought tirelessly down the track however the glory went to Amy Baker, who crossed the line second overall in the category, only narrowly beaten by an experienced and talented young sculler Ailish McGrath from the host Bairnsdale Rowing Club.

Lachlan Rose continued his rise to prominence by taking out the title for the fastest under 17 male single scull.

Seb Dizias and Will Hoernlein finished as the second fastest under 17 male double of the day.

Jess Thompson, having enjoyed time off after her appearance at the world junior championships, got back in to the swing of her single and began her next mission to be competitive at under 21 level. Competing in the open single, Thompson finished second overall, ahead of scullers from Melbourne’s bigger clubs, and only beaten by an older and more experienced athlete from Melbourne University Boat Club.

The Grammar rowers will next compete on Saturday, November 18 in the 3.5km Melbourne Head on the Yarra.