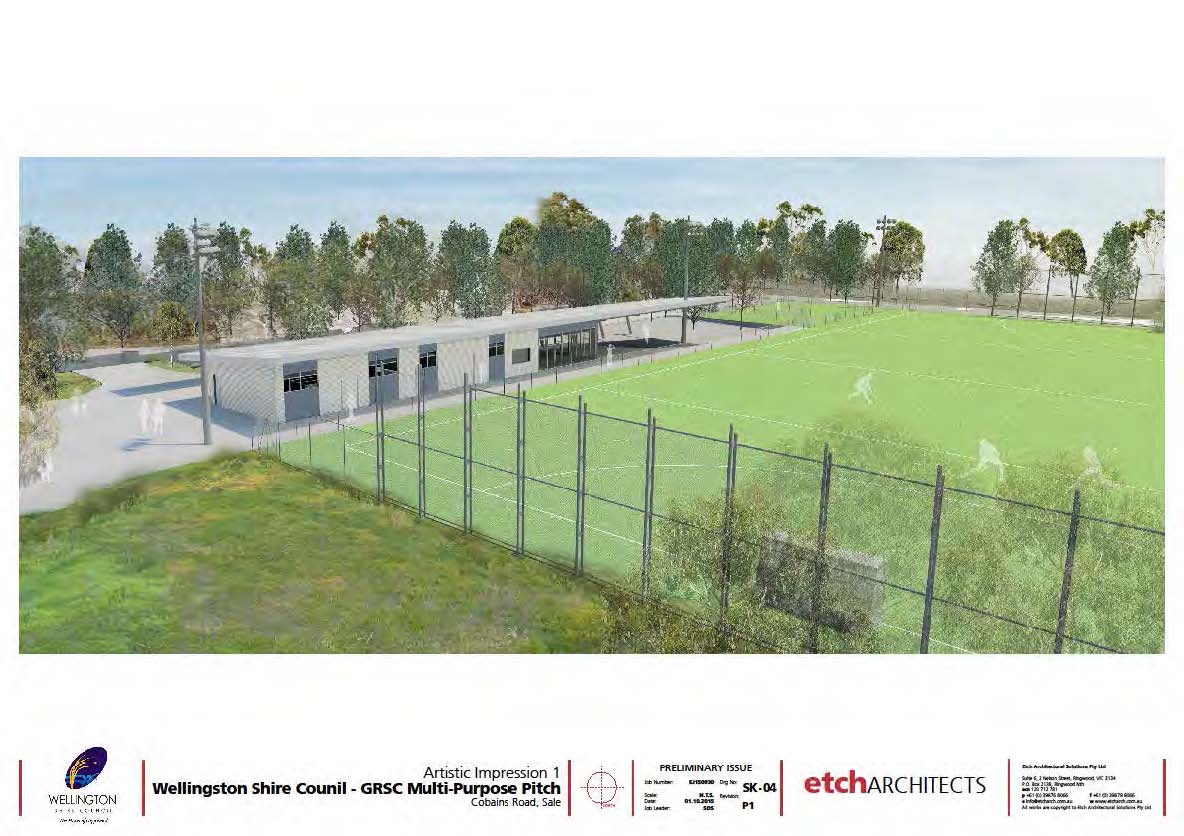 CONTRACTS for the next stage of the Gippsland Regional Sports Complex in Sale have been awarded.

It will be welcome step for local hockey players, who have had to contend with muddy grass pitches during wet winter days.

The synthetic pitch in Sale will be just the third in Gippsland, following Drouin and Churchill.

The Sale, Wellington and Maffra hockey clubs are expected to play home games at GRSC.

The contract for the pitch, awarded to Drouin-based A1 Civil, includes fencing, player shelters, field lighting and service connections.

Clint Kelly Excavations at Montgomery received the contract for civil works, which includes the construction of a car park, including lighting to the north-west corner of the facility and an access road to the new pavilion.

Deputy mayor Ian Bye said the facility, stage 2a of GRSC, would be used by many people in the community, not just hockey players.

“The playing surface will have a national level certification for hockey, enabling it to be used for competition and by the state’s leading clubs, including Gippsland’s Victorian league team and other Premier League clubs from Melbourne,” he said.

“GRSC stage 2a will be the first hockey facility to utilise LED lighting technology.

“We have three existing hockey clubs, the Maffra Hockey Club, the Sale Hockey Club and the Wellington Hockey Club. They’ll all come together, still separate clubs, but use that facility.

“There also other people that will use those services. There will be small field soccer, AFL 9s, there’s a range of modified hockey programs, such as hockey 6s and J-ball, that are designed for all ages.”

Work on the project is likely to begin next year.