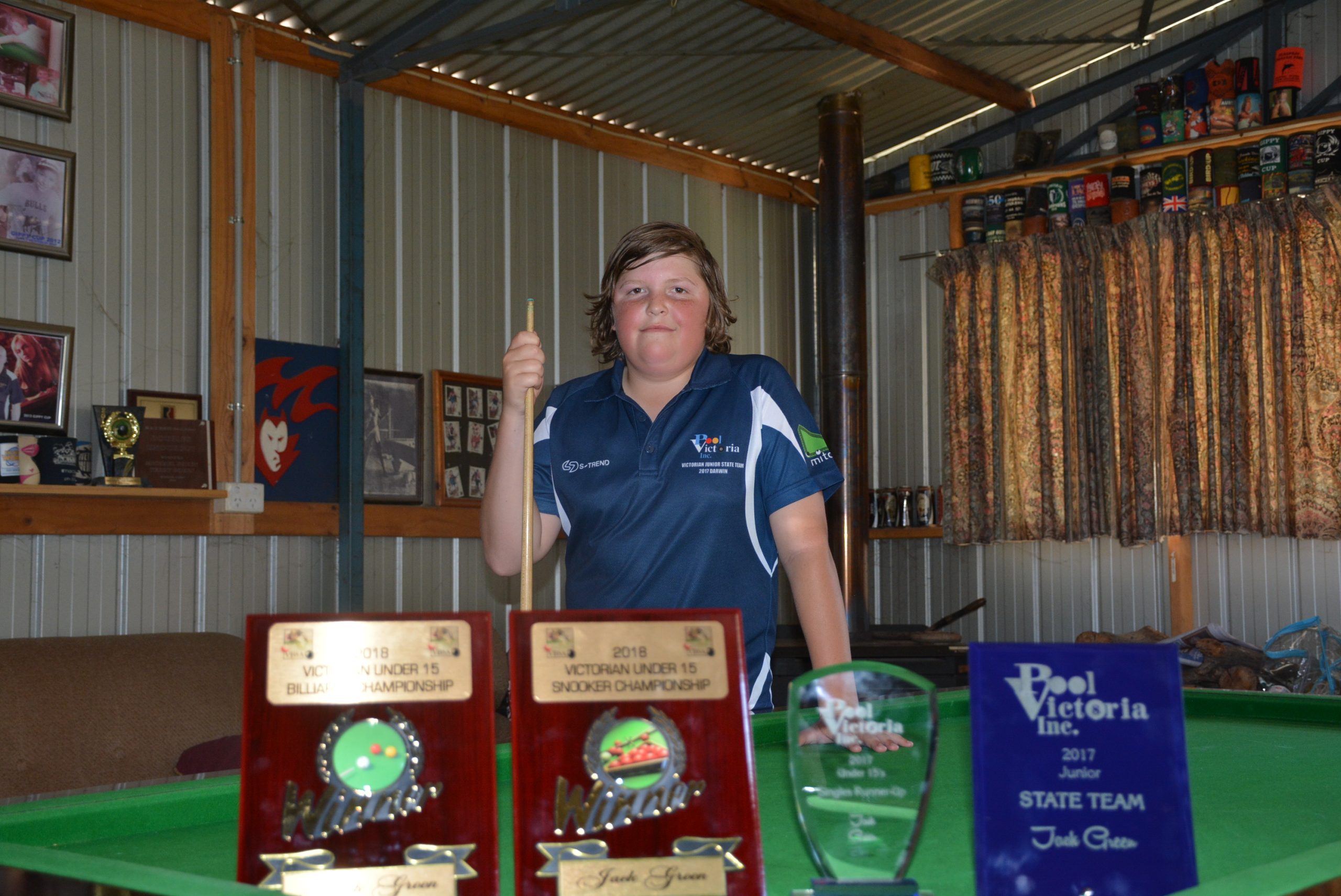 MAFFRA’S Jack Green has booked himself a place at the Australian Junior Billiards and Snooker Championships in Adelaide in January.

Green, who plays with the Wellington Eight-Ball and the Maffra and District associations, is gearing up for a huge January as part of the state team.

Jack’s mum Katrina said he would be competing across two weeks in Adelaide, playing snooker and billiards the first week, and eight ball the second.

“He’s a champion for both,” she said.

“Last year he was very close to taking out the nationals but he got sick, so this year his goal is the under 15s in eight ball pool, the national championship.”

Katrina added his game across all three competitions was improving well.

“He’s more of a strategy player — he’ll pot balls when he needs to, but he’s a very good strategy player, he plays to the opponent’s weak spots,” she said.

Jack himself was more humble.

“It’s a good team for (eight ball), they’re nice and strong,” he said.

“You have to just go in and don’t be scared.”

The family will be applying for grants to help get Jack to South Australia.