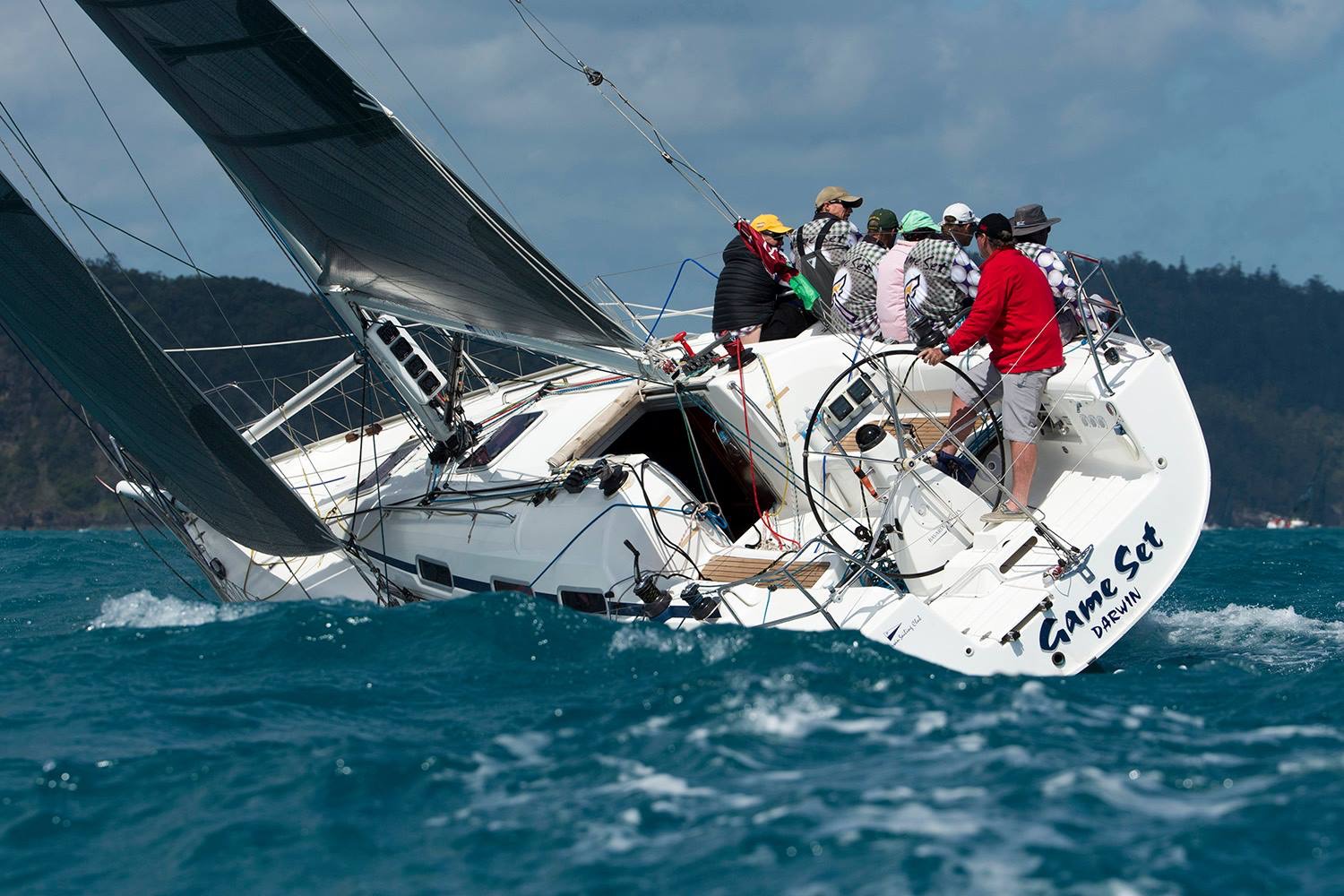 IF sailing is about chasing your dreams, then Paynesville resident John Mulkearns has nailed it.

After 35 years living and sailing in Darwin, Mulkearns returned home to Victoria in 2016. Living on the water in Paynesville helped him realise his dream of owning one of the most beautiful boats on Victorian waters, a 26 foot classic couta boat.

Mulkearns bought Lola, sail number C43, from Mt Martha in mid-2016 and since then has been cruising the Gippsland Lakes and racing it in Paynesville club races. He did his first Marlay Point Overnight Race in March this year and relished the experience of racing in this iconic challenge.

Mulkearns is no stranger to sailing, having competed in many prestigious Australian and international regattas, often as owner and skipper of the yacht. He has owned a variety of boats, with the last a Bavaria 38 Match, racing in club races in Darwin, Hamilton Island Race Week and many longer races around the Tiwi Islands, to Ambon, Indonesia, and Dili, East Timor.

“I love racing at night because you really need to concentrate. That’s where you can make gains, and of course, Marlay Point is purely a night race so everybody’s in the same situation,” Mulkearns said.

“And it’s only one night, so everyone has that same level of focus. It’s also great fun. A bit of light hearted banter between boats is always appreciated when it’s slow at night.

“We were in division two this year, and we were lucky as we seemed to pick the wind shifts across Lake Wellington pretty well and were in a very good position before we entered the Straits.

“I was really happy with the way the old boat performed. I was impressed by its speed, when we’re heading in a straight line.

“However it’s particularly difficult to manoeuvre the old boat, so tacking up McLennan Strait was an experience that really challenged me. There was way too much tacking, so we went backwards in the fleet.

“But in the Marlay Point, you have to accept that we have to go through the Strait, and just enjoy the race.”

Mulkearns admitted he’d mellowed over time and enjoyed racing for the challenge, rather than setting out to winning every race. He’s been sailing since he was 12, starting in a Heron, and then building his first boat with his dad, an Arafura Cadet, at the Bendigo Yacht Club.

“I got a lot of the competitive stuff out of my system with the racing I’ve done over the years, so whilst I still get into a competitive mindset in a challenging situation, I do relax a bit more these days. It might be my age and the boat I’m sailing.

“The boat is so heavy, its 4.5 tonne and not what you’d call a modern hull shape.

“The keel was laid in 1939, so it’s not a new boat. It took them four years to finish it. Lacco laid the keel, and then mentored Doug Walton while he built it. It was a fishing boat for some time in its history.

“We will do the (Paynesville) Classic Wooden Boat Regatta and the Marlay Point Overnight Race next year. I’ve already got my crew.”

Mulkearns gets to wake up to his boat every morning, moored on the end of his jetty in Paynesville, and never gets tired of the view. He admits that owning a classic yacht has been a dream for 50 years.

“When I was a kid, dad used to take me fishing on the Peninsula and we’d watch these beautiful old timber boats out sailing.

“I fell in love with the form of them, the way they looked on the water. So here we are 50 years later, and I bought one.

“I think they’re the most beautiful looking things, with old school timber mast and gaff, and a huge sail area. It’s pretty cool, just a pity they didn’t handle a bit better around corners.”

Entries are now open for the 50th anniversary Marlay Point Overnight Race, beginning March 10. This milestone race will include a classic division for the first time in the race’s history.