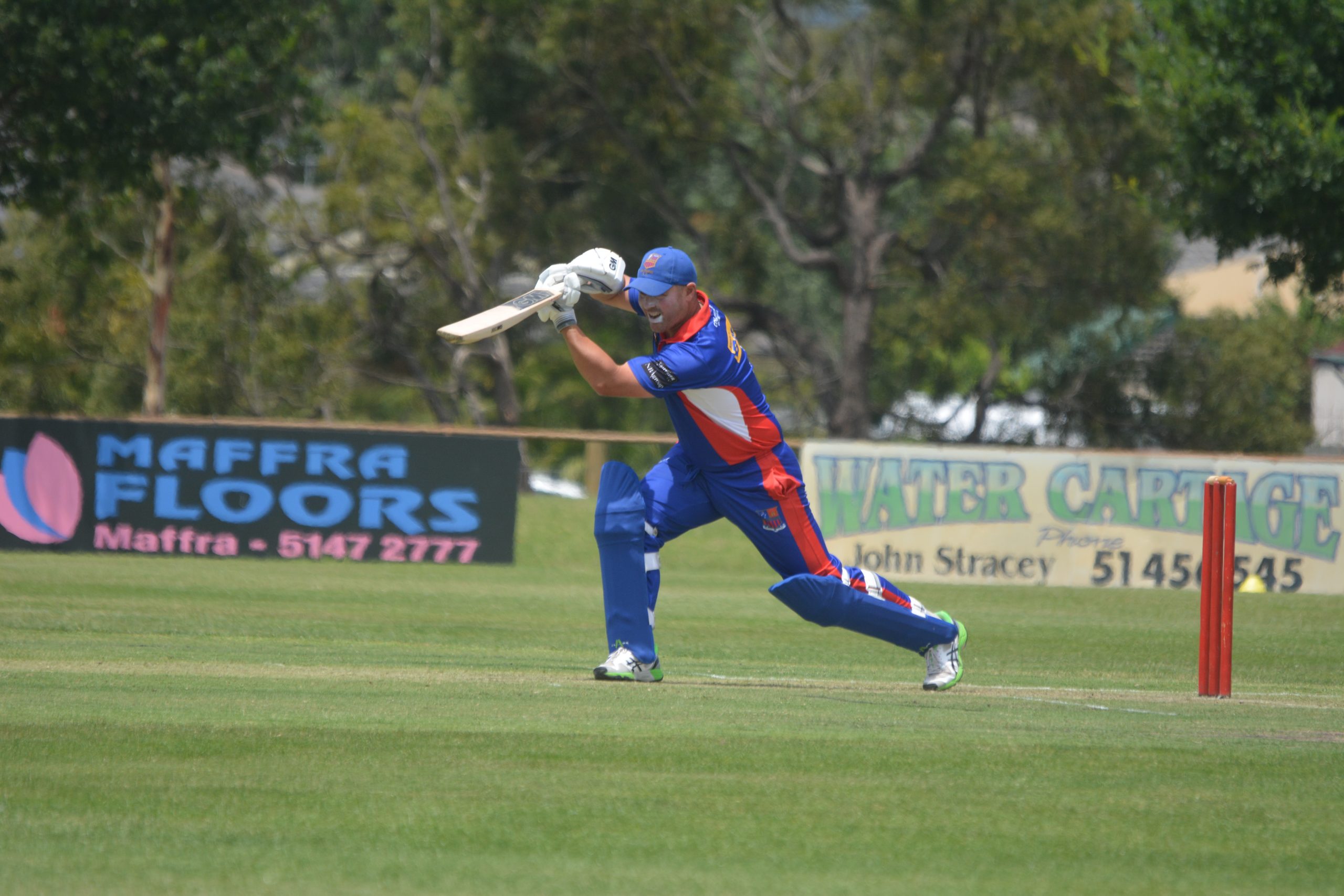 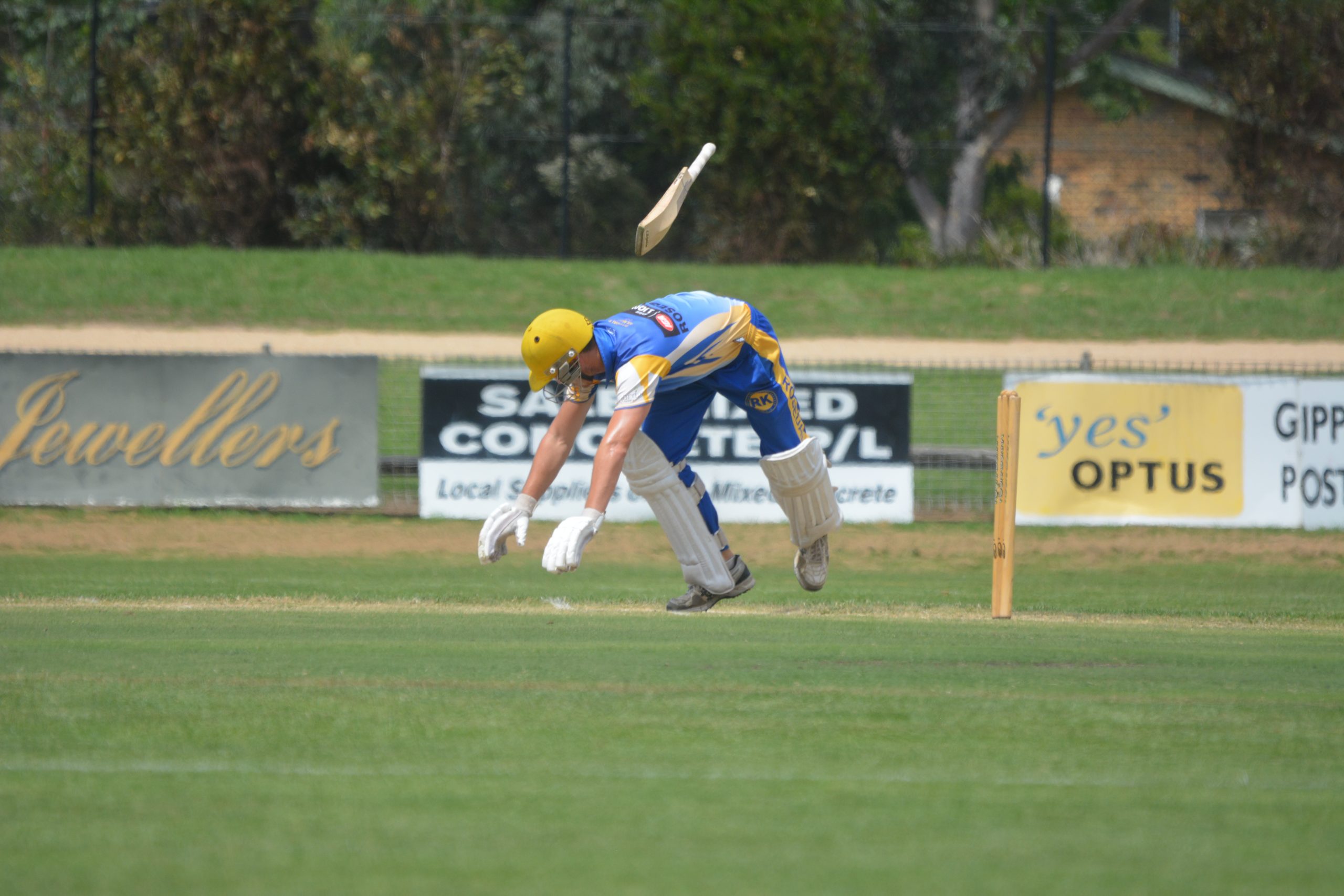 COLLEGIANS defeated Stratford by two runs in a Sale-Maffra cricket thriller highlighted by an unbeaten century from Stuart Anderson.

The decision by the home side to send College in to bat paid early dividends with Ben Hurley out for seven.

This brought Anderson to the middle.

Anderson dominated the Collegians inning, of which the next best score was 16 from Matt Foster.

Mark Nicholls, 10 not out, joined Anderson to added 47 runs at the end of the innings.

Bolton provided the Redbacks innings with a good start before he trapped in front of the stumps for 76.

Nicholls claimed 3-47 for College, with two wickets each for Isaac Love and Charlie Morrison.

The win maintains Collegians’ six-point break at the top of the table at the beginning of the two-week Christmas break.

ROSEDALE-KILMANY moved into third place with victory over Sale.

Each RK batsman got a start, contributing to the competitive total. Ben Jones, with 2-26, was Sale’s only multiple wicket-taker.

The only shining light for the home side was a 76-run second wicket partnership between Geoff Wells (50) and Nathan Massey (29). They were out with the score on 85, with the remaining seven wickets falling for 31 runs.

Tim Dessent claimed four of the final five wickets, finishing with 4-31. Scott and Will Mayne claimed two wickets each.

Sale slipped to fifth place, two points outside the top four, with the loss.

Invited to bat first, the Lizards were bowled out in the 40th over for 169. David Atkinson again impressed, scoring 79.

Sam Bedggood took 3-37 for the Bulls, with two wicket each from Dylan Rowley and Cal Turner.

Atkinson backed up his effort with the bat by taking 4-42 with the ball as the Bulls finished 24 runs short. Keenan Hughes took 3-14 from eight overs.

The Bulls were in trouble early in their reply, falling to 3-16, with two of those wickets claimed by Hughes. Ben Saxon steadied the ship with his 54.

MAFFRA was made to work for its victory over Boisdale-Briagolong.

After the Saints made 8-181, the Eagles secured the win with two wickets in hand. The victory moved Maffra into fourth place on the ladder.

Boisdale-Briagolong set the home side a challenging target thanks to Tom Langshaw (47), Liam Hurst (45), Alex Mason (36) and Mick Roberts (32). Mason and Roberts put on 69 runs for the first wicket, while Langshaw and Hurst combined for an 89-run partnership.

With Maffra needing a good start to its innings, openers Bedggood (65) and Heath Singles (26) obliged, putting on 92 before a stumble saw it at 3-106.

Josh Davis remained steady, unbeaten on 36, to see the Eagles to victory. Maffra was 8-184 in the 33rd over, when the captains agreed to end the match.

Mason and Roberts claimed three wickets each for the Saints.