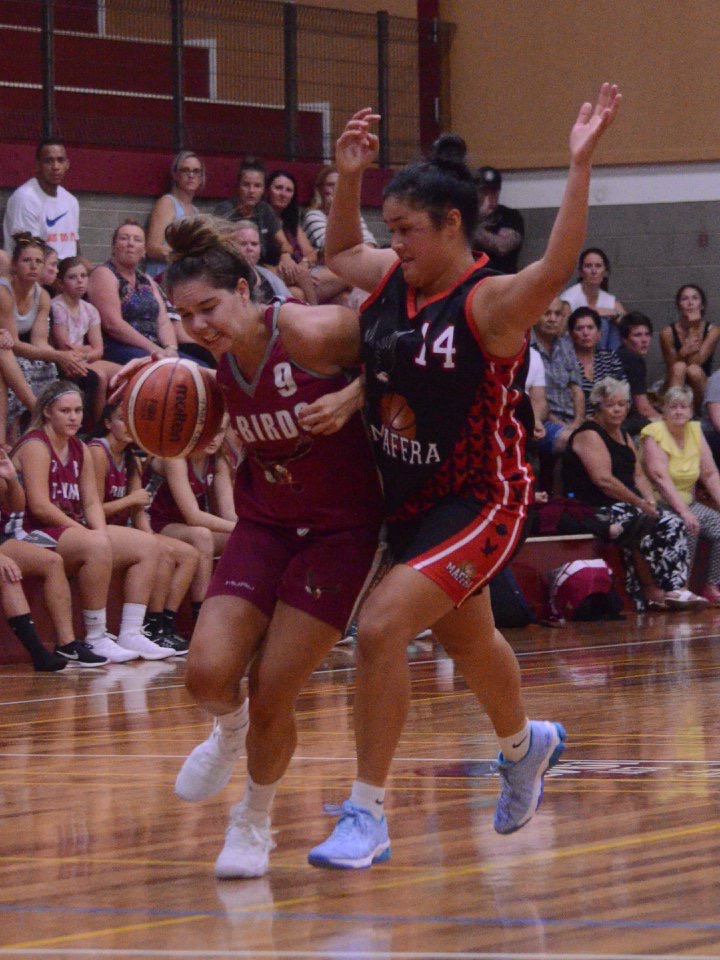 BOTH Maffra teams bowed out of the Country Basketball League finals on Saturday night.

The women’s and men’s teams lost their semi-finals in the Latrobe Valley.

The Maffra women lost to Traralgon 76-58.

After inflicting T-Birds’ only loss for the season in the last round, the Eagles entered the semi-final with some confidence.

Getting off to a flying start, the T-Birds quickly got out to a 13-2 start. In response, the Eagles switched to a zone defence, led by the pressure of sisters Paige and Faith Biddle, resulting in many steals and intercepts to allow the Eagles to bridge the gap to single figures.

A step up in shooting from Traralgon guards Jade Melbourne (25 points) and Emirson Devenie (19) proved the difference, with Traralgon coming out on top by 18 points.

In the other semi-final, Moe defeated Korumburra 46-38.

The match was tight for three quarters before the Meteors turned a one-point deficit into an eight-point victory.

IN the men’s competition, Maffra was defeated by Moe 78-61.

The Eagles played catch up right from the beginning as the Meteors came out on fire, hitting a high percentage from the field in the first quarter to gain a 10-point advantage at the first break. From there, the Eagles struggled all game to bridge the gap.

Moe’s tough, physical and aggressive defence didn’t allow the Eagles any flow in offence and its ability to stay out of foul trouble was a major contributor to the result.

Maffra committed too many fouls particularly early in each quarter which sent the Meteors to the foul line 34 times compared to the Eagles’ seven for the game.

The Eagles were hampered by injuries to starters Blake Gallatly (ruptured Achilles tendon) early in the second quarter and Marcus Cope (knee) in the third quarter, which undoubtedly threw the team’s structures off. Nick Sedley (20 points) and Harrison Pepper (28) led the Moe offence and both players came up with some big three-pointers to keep the Eagles at bay whenever the visitors made a run on the scoreboard.

Sam Whelan led the Maffra men with 17 points and four rebounds for the game. Jack Johnstone had 14 points and seven rebounds and Andrew Quirk, five points and 10 rebounds, tried hard all game but it wasn’t enough to get the Eagles into the grand final.

Warragul claimed the other spot in the grand final after defeating reigning champion Churchill 86-74. Michael Santo scored 28 and Sam Flanders 21 for the Warriors, while Jordan Canovan scored 27 for the Blue Devils.

THE grand finals will be played in Traralgon on Friday night.

Action will begin at 6pm with the women’s match between Traralgon and Moe, before Warragul and Moe play-off for the men’s title from 8pm.