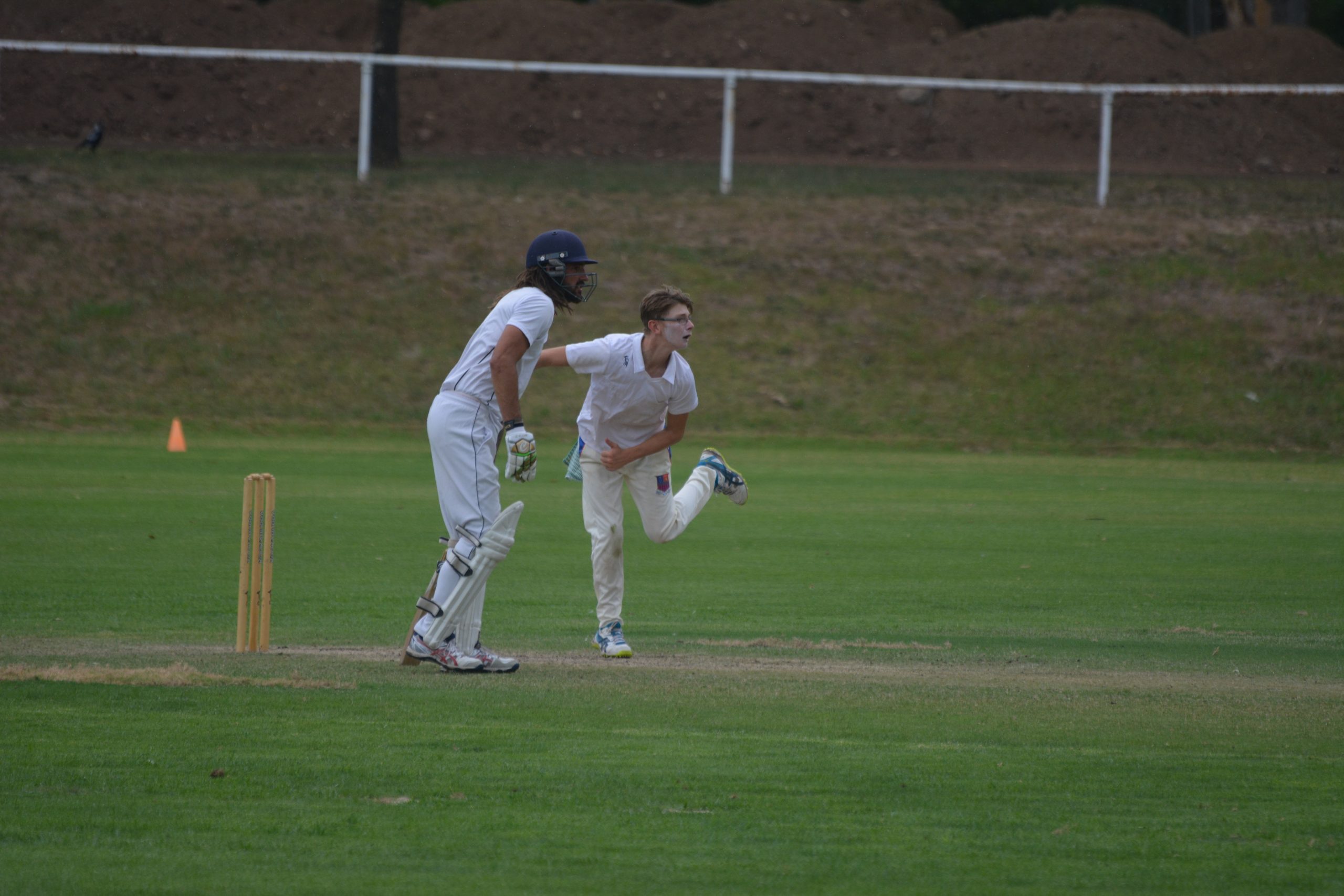 FIRST innings points have already been secured in two matches following the first day of Sale-Maffra cricket’s 13th round on Saturday.

Collegians took another step towards the minor premiership with a dominant display against Maffra, while Bundalaguah edged its way ahead of Rosedale-Kilmany.

WITH a win vital for both sides chances of making the finals, Bundalaguah bowled the visiting Rosedale-Kilmany out for just 102. The Bulls finished the day a run ahead with five wickets in hand.

The Warriors were in early trouble, at 6-50, but Michael Walters (40) ensured they at least reached triple figures.

At the top of the order, Tim Dessent scored 15 and Anthony Scott 13.

Dylan Rowley was the pick of the Bundalaguah bowling, claiming 4-22, including the scalp of Brad Scott for seven. Andrew McKenzie took 2-23 from 12 overs.

With 40 overs til stumps, the Bulls lost their opening batsmen cheaply to the bowling of Anthony Scott, but Ben Saxon got the run rate ticking. Saxon reached the end of play unbeaten on 62.

Jack Robinson claimed the last three wickets of the day, including Lachlan Wrigglesworth late in the day for 13 to give the Warriors hope of a reverse outright victory.

DESPITE 61 from Daniel Bedggood, Maffra was bowled out for 101 by Collegians, which was 4-149 at stumps.

Once Bedggood was bowled by Matt Siddall, the Eagles lost their final five wickets for 16 runs.

Lee Hopkins (16) was the only other Eagle to reach double figures.

Ben Hurley looked to give the Collegians innings a quick start, but was dismissed for 23.

Matt Foster and Tatterson put on 92 runs for the fourth wicket to pass Maffra’s total. Tatterson was caught and bowled late in the day by Jim Beaumont for 52.

Foster will resume play on Saturday on 50.

THE match between Longford and Stratford is in the balance.

Looking to secure a home semi-final, the Lizards were bowled out for 138, but had the visiting Redbacks 4-33 at stumps.

There is more at stake for seventh-placed Stratford, which is four points outside the top four.

David Atkinson (54) and Connor Hughes (26) put on the best partnership of the Longford innings, 50. Once they was dismissed, the Lizards’ tail didn’t wag.

Jack Rietschel and Simon Williams both claimed three wickets for the Redbacks, and Lachie Dowd two.

With 18 overs to bat out the day, Stratford lost both openers, including Cormac Hassett for 13, with the score on 14.

Connor and Keenan Hughes both claimed two wickets for the Lizards.

FIGHTING to secure its finals berth, Sale had a rocky start to its chase against Boisdale-Briagolong.

There were promising signs in the Boisdale-Briagolong innings, but Louis Howard (27), Hurst (25) and Alex Mason (25) were unable to convert their starts into big scores.