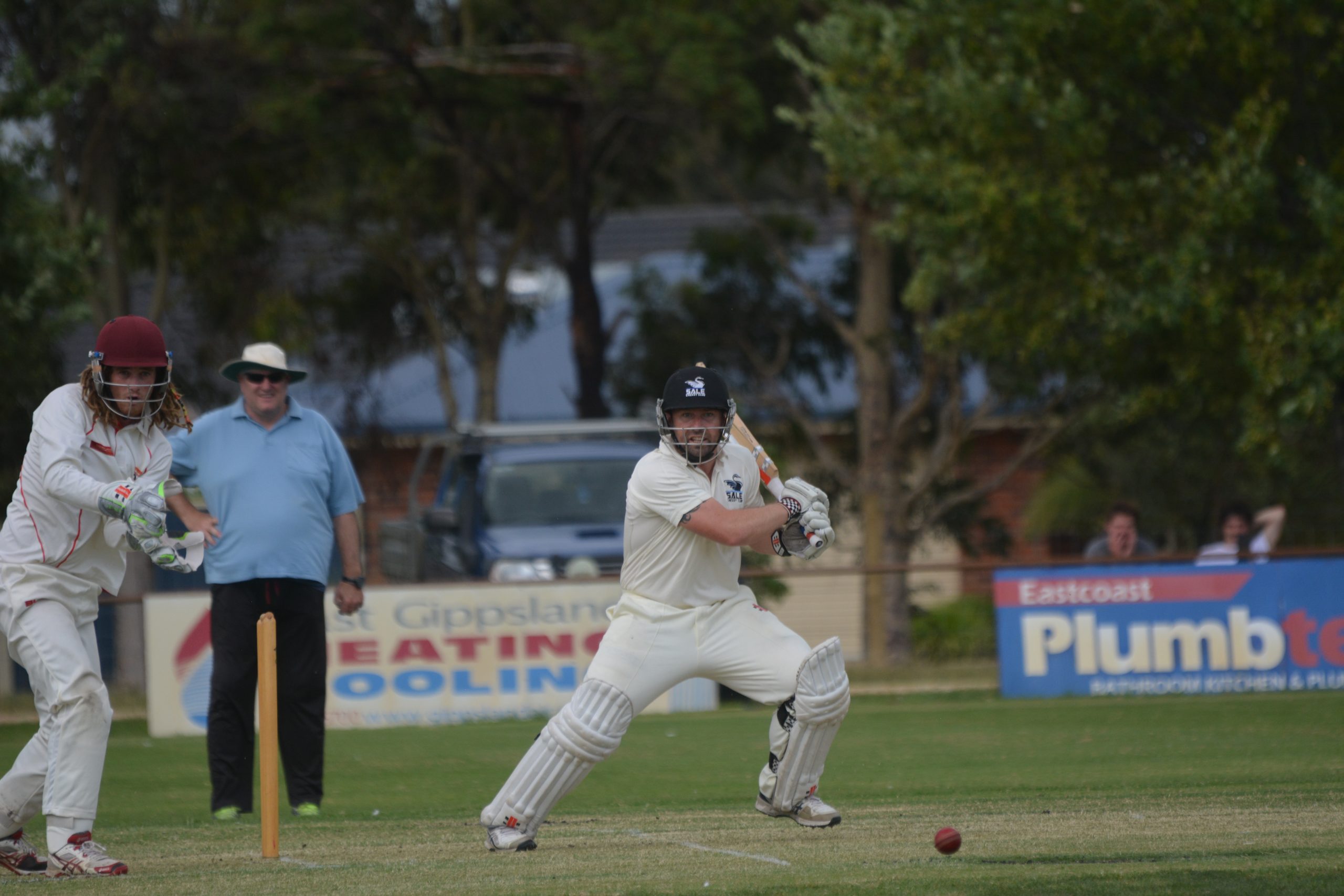 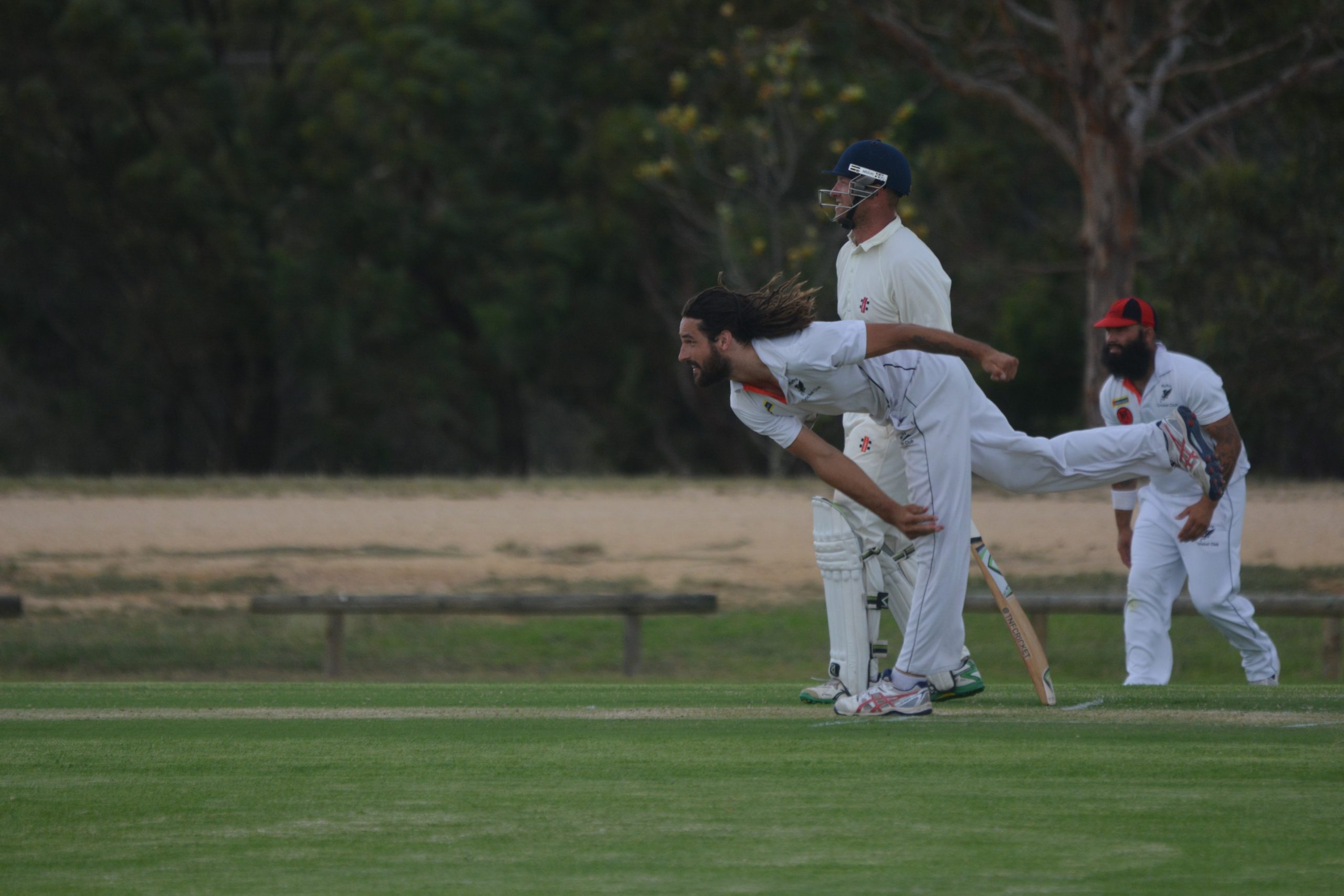 RAIN on Saturday afternoon has thrown a small  complication into some teams’ bid for spots in the Sale-Maffra cricket finals.

Eleven overs were lost at Stratford, and five at Maffra.

A full day’s cricket was possible at Sale and Rosedale.

IN the vital final round match at Stratford, only 69 overs were played, with the visiting Sale 9-171 at stumps.

The Swans can bat 11 more overs next Saturday.

The loser of this match could fall out of the top four, depending on other results.

Nathan Massey scored 64, and combined with Hayden Glover (21) to put on 52 runs for the fourth wicket.

The Swans couldn’t form another decent partnership, with Massey’s wicket falling late in the day.

Opener John Mayman scored 30, while Matt Raidal is unbeaten on 18.

THREE late wickets for Bundalaguah has put the match against Maffra in the balance.

The Bulls can jump into the top four with a win, with Maffra needing an outright victory to have the chance of extending its season.

The Bulls were bowled out for 145. Daniel Bedggood stood out for the home side, claiming 6-54, while Josh Davis took 4-45.

Jason Langshaw top-scored with 64, while Cal Turner made 36.

Maffra batted for 16 overs until stumps, but lost three wickets, finishing the day on 3-39.

Bedggood, 13, was the only Maffra batsman to reach double figures, while Dylan Dowley claimed two wickets for the Bulls.

ROSEDALE-KILMANY appeared in control against Boisdale-Briagolong, but lost five wickets to begin its innings.

The Saints were bowled out for 136, with the Warriors were 5-44 at stumps, needing another 93 runs to win.

Tom Langshaw (20) and Jonathon Outhart (18) got the scoreboard ticking, but the Saints finished short of a competitive total.

With RK needing to win to remain in the finals race, it collapsed to 4-18 and lost Rohan Diamond late in the day. Francis Yates (12) and Michael Walters (one) will resume the innings next weekend.

Liam Hurst and Louis Howard claimed two wickets each for the Saints.

COLLEGIANS has the advantage after day one of the top of the table clash against Longford.

With top spot secured, College declared late in the day on 9-226. With two overs to bat, the visiting Lizards were 0-2 at stumps.

Ben Hurley scored 63 at the top of the order for Collegians, Stuart Anderson 52, Jayden Allison 26 and Isaac Love 25. Tom Hartley and Andrew Tyson claimed three wickets each for the visitors.

If it loses, Longford is in danger of missing the finals if Bundalaguah and RK have outright victories.