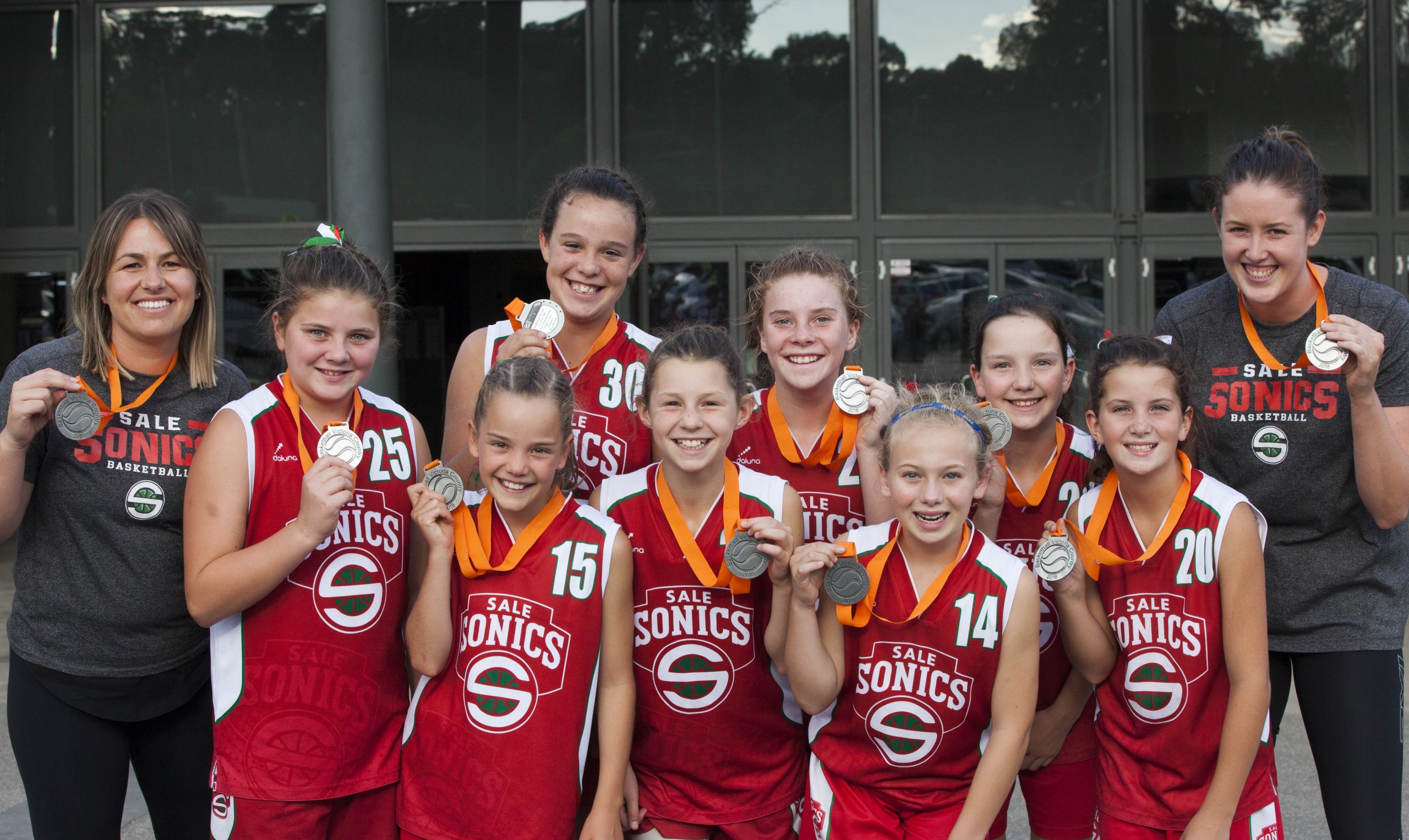 THE Sale under 12 girls’ basketball team was the runner-up at the Victorian country championships in Bendigo at the weekend.

The team won every game by impressive margins leading up the final at the three-day championships, finishing on top of its pool in both the first two stages to qualify for division one.

Victories over Geelong and Warragul earned the Sonics a spot in the final.

In the girls’ eighth match for the tournament, the Sonics lost a tough final to Traralgon 37-22.

Chloe Rees finished the championship as the local team’s top scorer with 81 points.

Coach Bree Alexander commended the girls for their dedication, teamwork and sportsmanship.

The Eagles won two of their three opening pool matches, then lost their three matches to progress to division two.

Maffra lost its quarter-final to Maryborough, 31-6.

In the boys, Maffra reached the division one semi-finals.

The Eagles qualified for division one after winning two their three matches in the first pool stage.

While they didn’t win a match during the division one pool stage, the Eagles upset Warragul 48-24 in the quarter-finals. The Eagles’ campaign came to an end in the semi-finals, losing to Warrnambool 45-41.

Thomas Philips scored 99 points during the tournament, and Jack McQuillen 93.

Sale finished second in its pool, but lost to Corio Bay in the division two quarter-finals. The game was tough, going into overtime only for Sale to lose by one point.

Elijh Berry was Sale’s top scorer for the weekend, with 70.