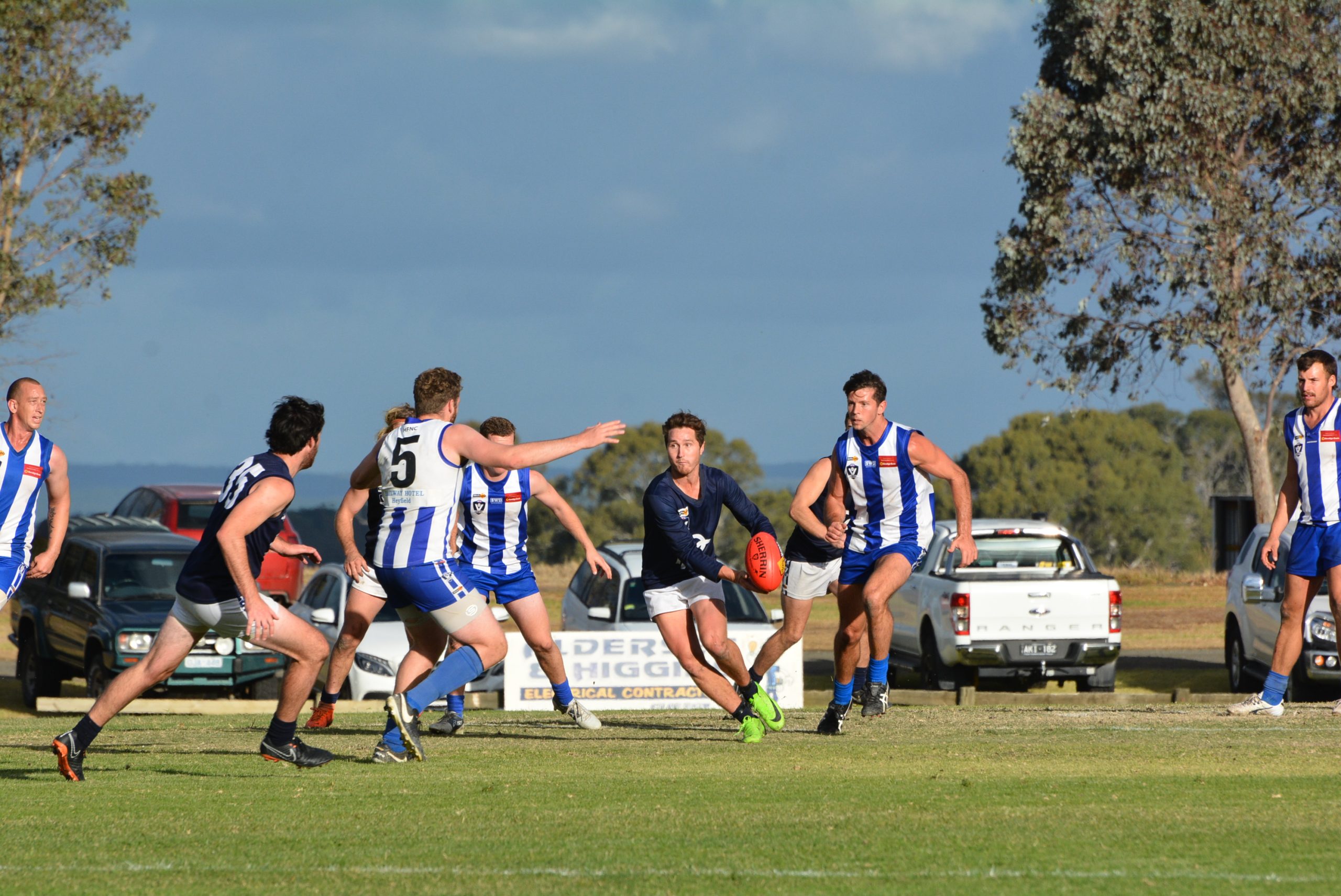 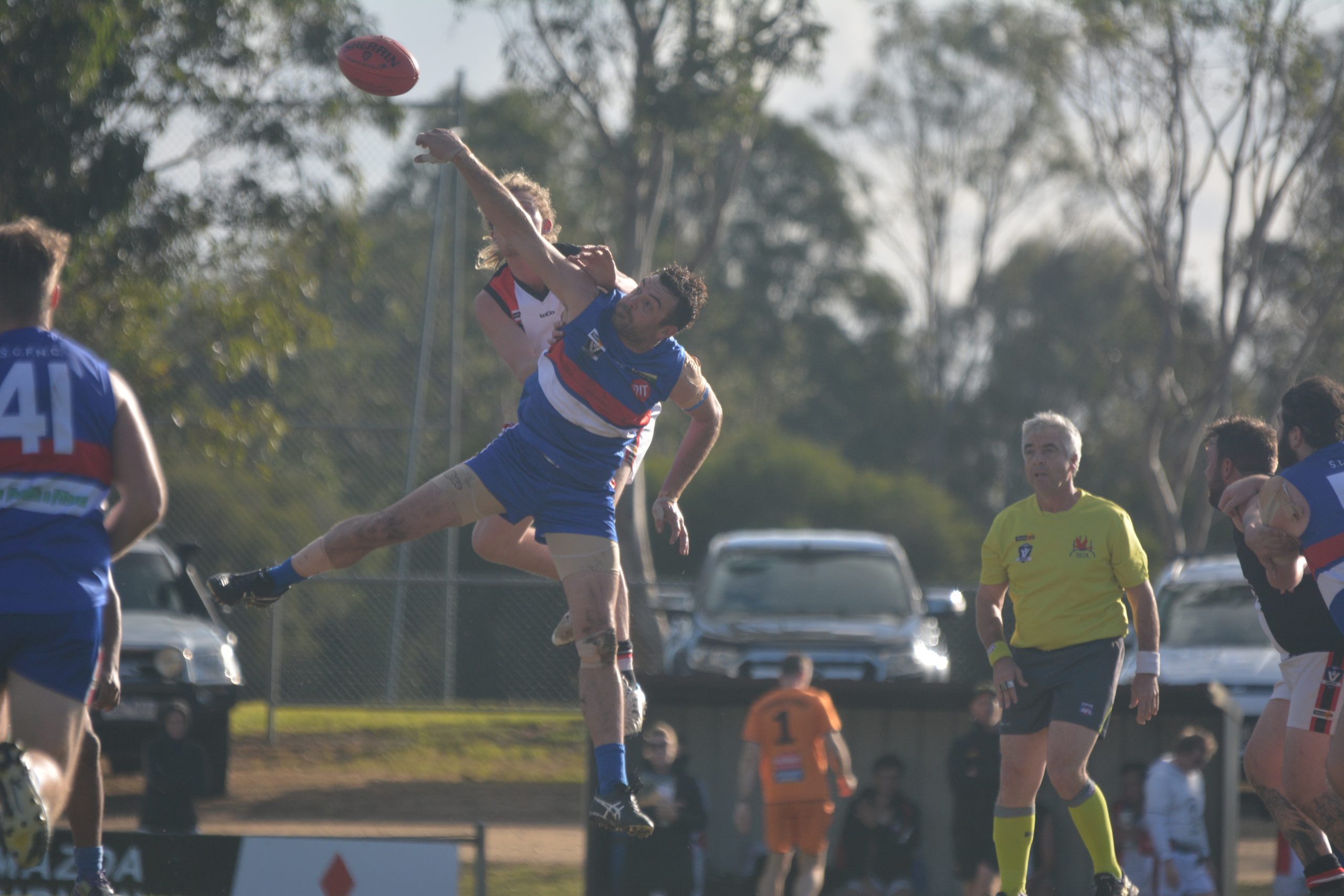 ROSEDALE kicked four goals to one in the final quarter to win a North Gippsland football thriller at Heyfield by three points.

The Blues moved into fifth place on the ladder following their fourth win of the season.

The Kangaroos remain in seventh place on the ladder, but are now two wins outside the top five.

SALE City showed little mercy against Cowwarr, with the reigning premier winning by 122 points at home.

The Bulldogs set the tone early, kicking eight goals to one in the first quarter to lead by 45 points at the break.

The second quarter was more even, with City booting four goals to three, before the Bulldogs kicked four unanswered goals in the third to stretch their lead to 81 points by the final change of ends.

The Bulldogs finished the match like they started it, booting nine goals to three.

Patrick Tainsh and Brett Grieve were best for the disappointing Saints.

The Bulldogs will face a tougher challenge next weekend, when they travel to Yarram to face the undefeated Demons in a grand final rematch.

YARRAM won at Glengarry by 65 points.

The Demons didn’t have any fit players on the bench during the final term after injuries to Griffin Underwood, Jarryd Swift and Shem Rendell. They had already lost ruckman Dan Vardy before the game.

Leading by 13 points at quarter-time, Yarram kicked six unanswered goals in the second term to lead by 53, a margin the Magpies were always going to find hard to overcome.

Chris Bruns was prominent in the midfield and up forward for the Demons, while Trek Davis and Jack Moore were also solid.

CHURCHILL had little trouble at Woodside, winning by 76 points.

The Wildcats managed to kick one goal over the first three quarters before kicking five in the last.

Jack Brown was best for the Bombers, with Adam Bailey kicking three goals.