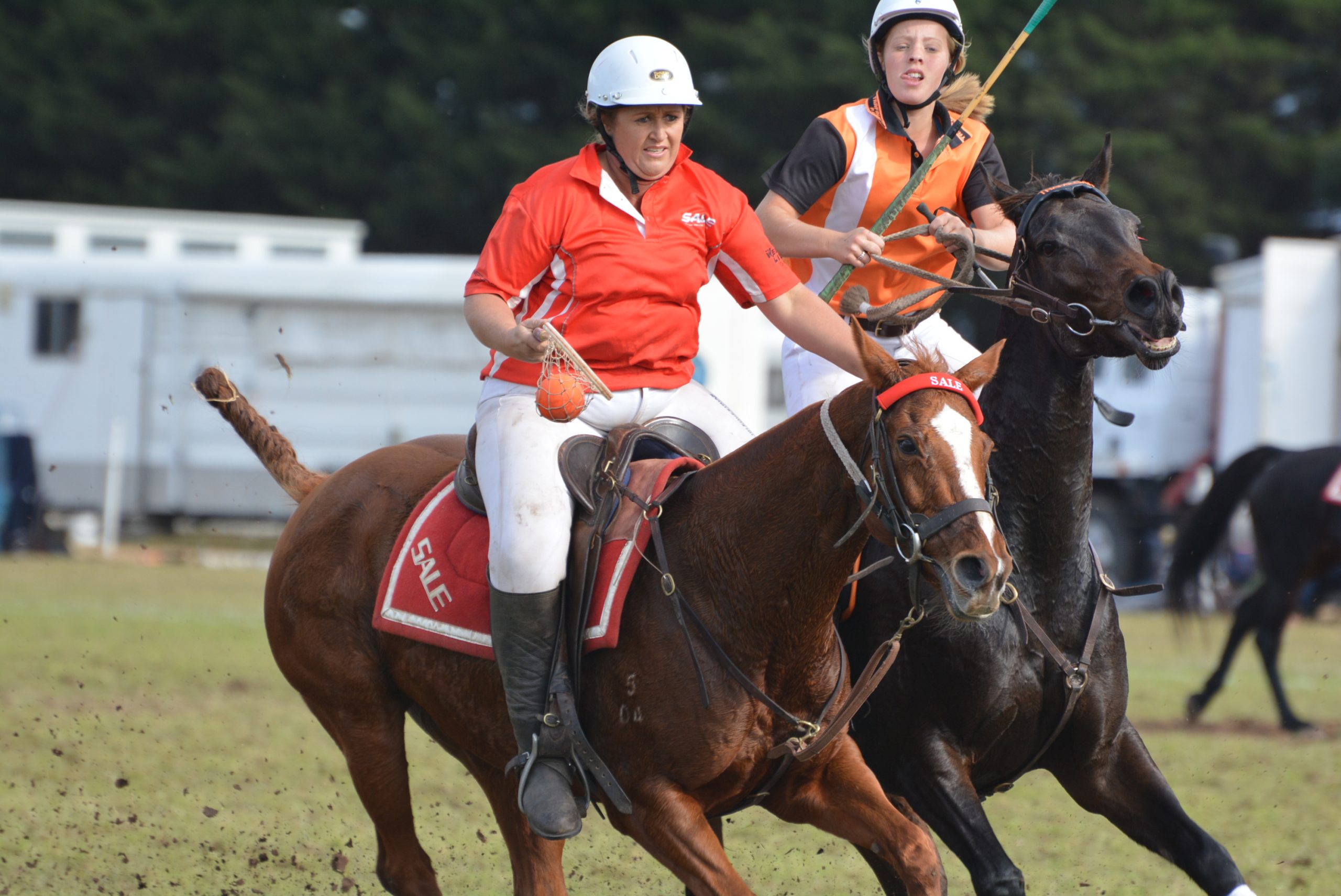 SALE Polocrosse Club has had a rivalry with Trafalgar for more than 60 years, and the two clubs met again for the Victorian Championships at Fulham at the weekend.

Sale showed no mercy to Trafalgar, winning 22-14 in a one-sided but thrilling A grade final.

This contrasted Sale’s furious effort in the C grade final, which came right down to the wire — Tom Wilms had a shot at goal right on the siren, but a penalty led to a free shot to Sale’s Judy-Ann Wilms, which pushed Sale to a 12-11 victory.

The lower grades impressed as well, with Sale making the final in D grade, and both Sale sides duking it out in E grade.

Rosedale won the B grade match 17-16 against a West Sale team stacked with Semmenses, including best juniors Harry and Chelsea.

Lossberg said the juniors in particular had impressed, and would be part of the state team heading to the national championships in Perth later this year.

“Harry and Chelsea Semmens, they picked up best boy and girl juniors, and very well deserved, they played really well,” he said.

“It was Gippsland’s own, that’s for sure.”

Lossberg was particularly happy with the A-grade win, in spectacular conditions, noting the weather held off for most of the tournament.

“The boys played well, we blew them out of the water early, we had a good start and that’s the best we’ve played all year,” he said.

Lossberg eventually won the prestigious Pip Wilson Trophy, awarded the best and fairest A grade player — his second win in his career so far.

The next big Sale tournament will be in February.