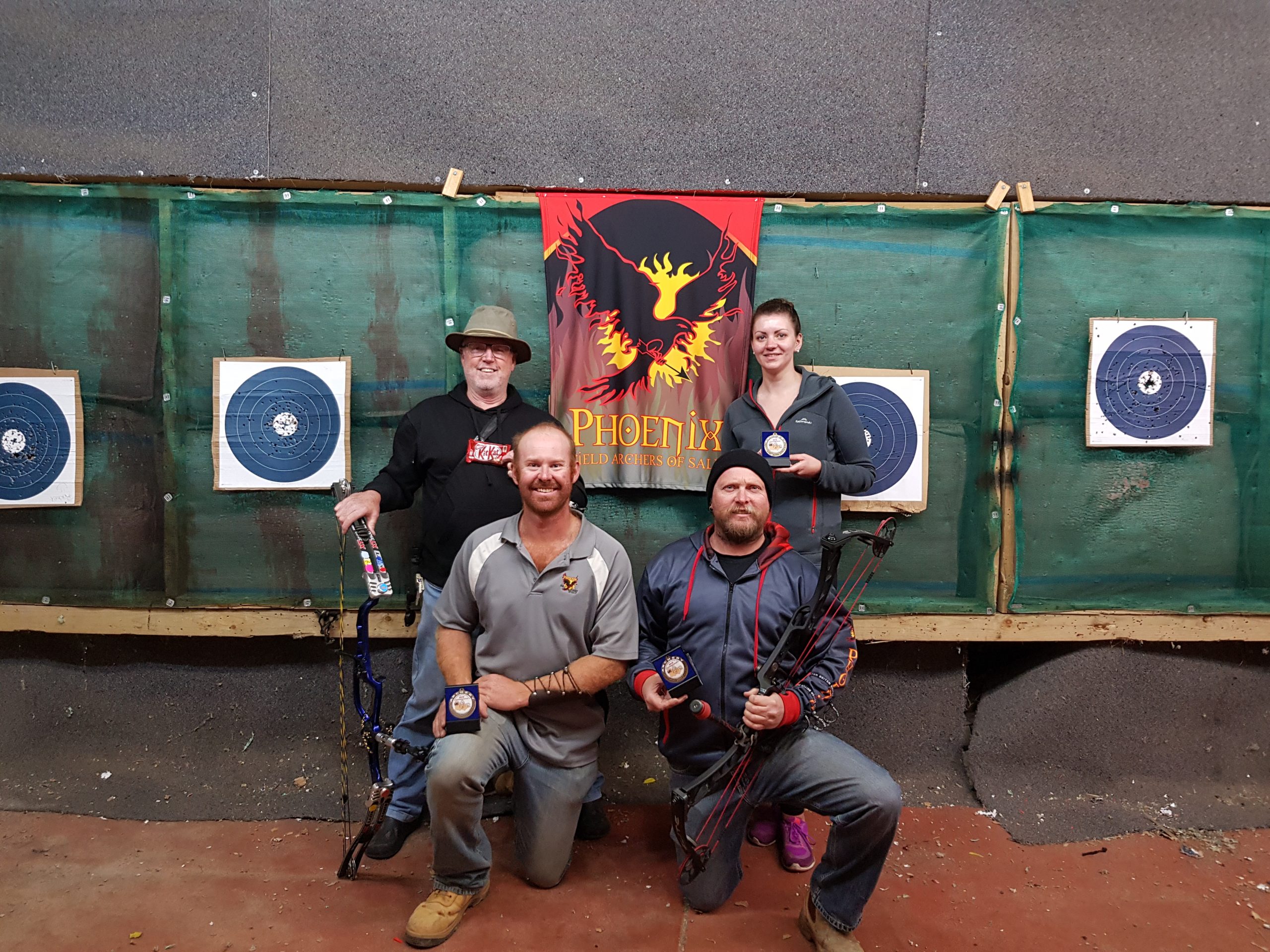 Barratt, with a total score of 1298, took out the adult men’s A grade freestyle limited compound.

On 1170, Joy won the adult women’s B grade bowhunter compound.

Dent won the adult men’s B grade bowhunter unlimited, with a total score of 1536.

With a total score of 1374, Podubinski won the adult men’s B grade bowhunter compound.

Phoenix Field Archers welcomes new members, and have members starting from as young as five years of age.

The club shoot indoors on a Thursday night and on the field on Sunday.