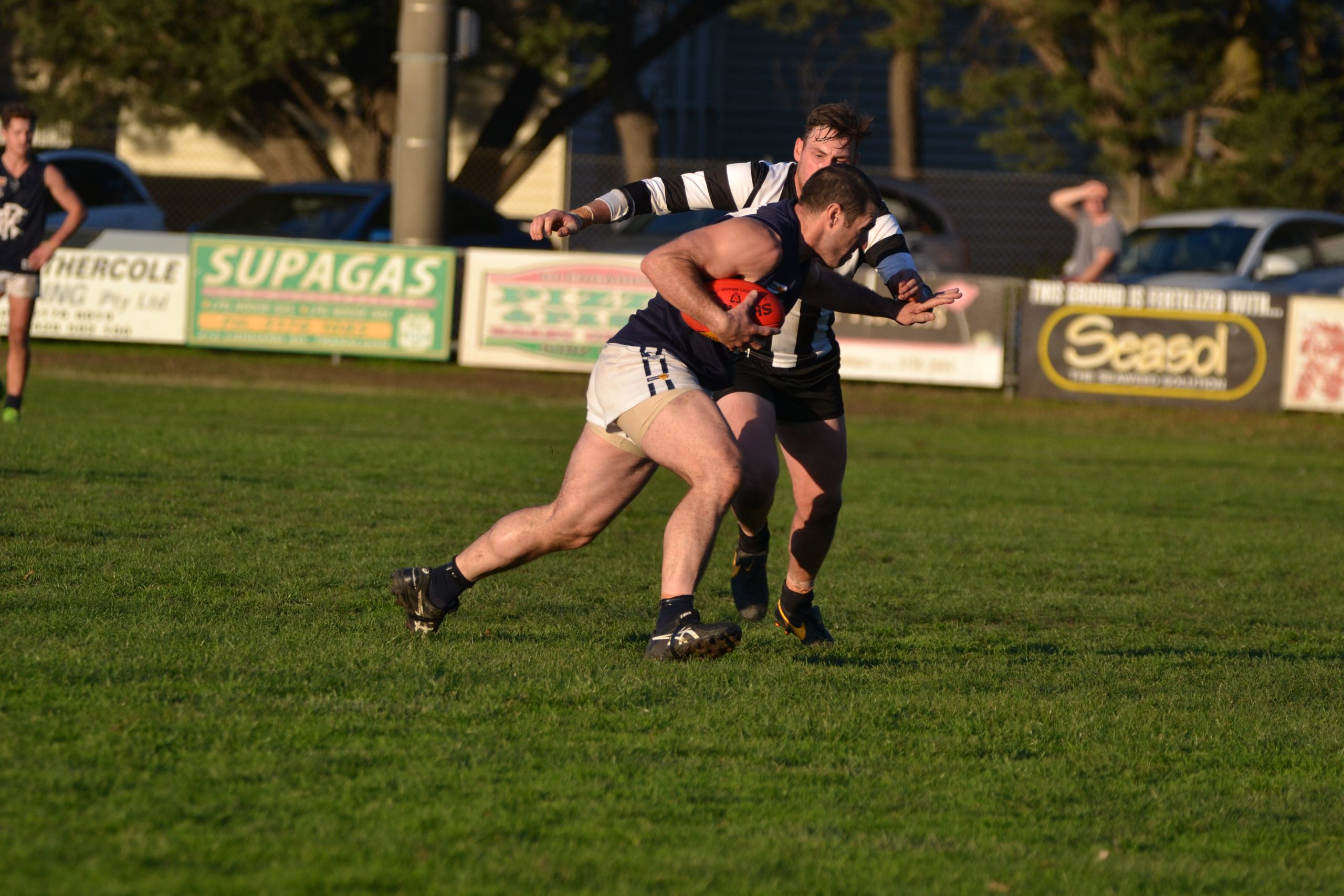 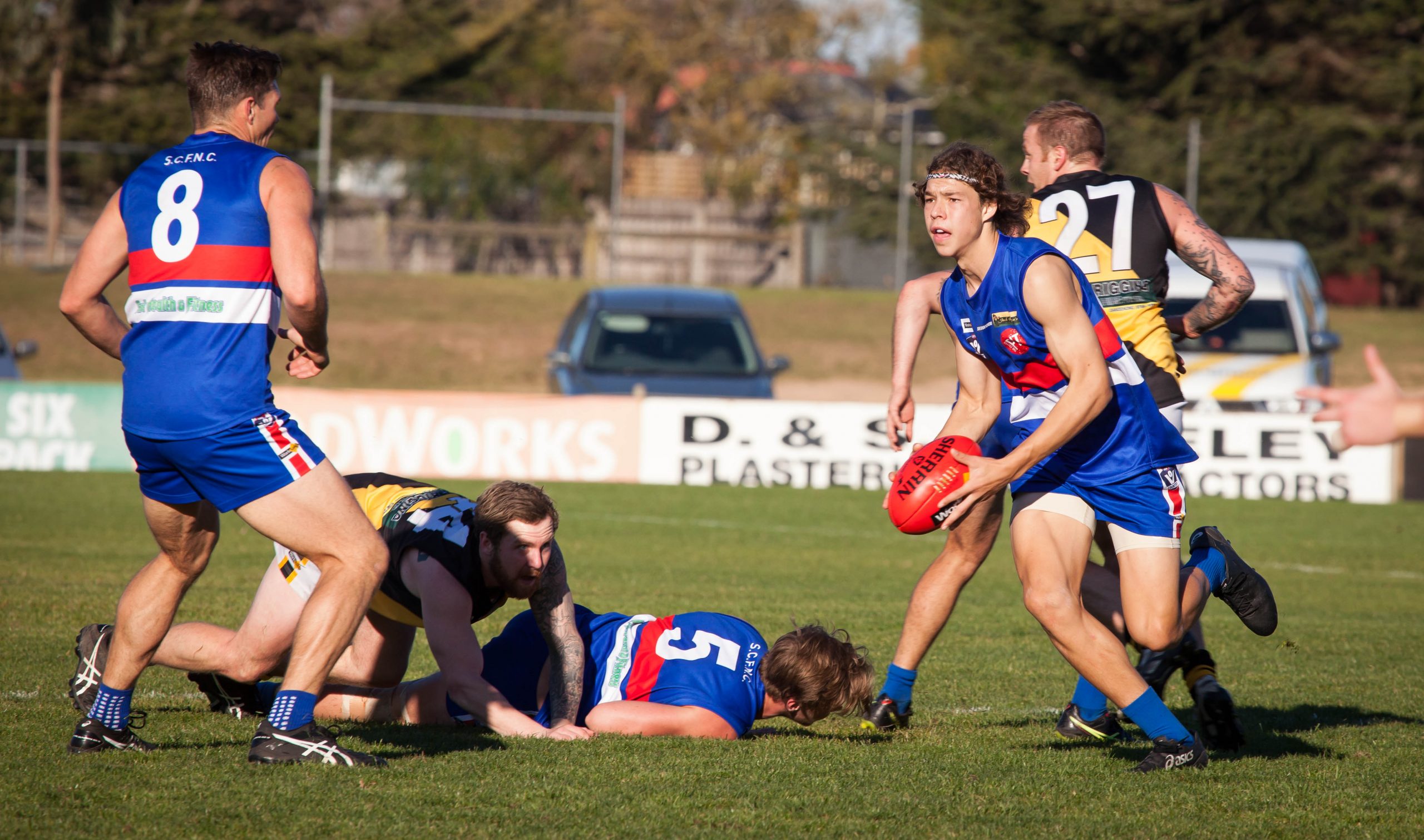 HEYFIELD produced the upset of the round in North Gippsland football, defeating second-placed Traralgon-Tyers United.

The victory keeps the Kangaroos in seventh place on the ladder, two wins outside the top five.

The visitors kicked the only goal of the first term, before both sides booted three in the second, giving the Kangaroos a seven-point advantage at the main break. The Bombers cut the deficit to three by the final change.

Thrown a challenge to record their third win of the season, the Kangaroos kicked the only two goals of the final quarter as the Bombers kicked four behinds.

Veteran Adrian Cox led the way off half-back, Jack Woodland was superb on the ball, combining with ruckman James Beha, while Charlie Driffield was effective in the forward line.

Matt Bedggood and Kodie Woodland kicked two goals each for the Kangaroos.

The Bombers fell to third place on the ladder, trailing Churchill on percentage.

ROSEDALE had little trouble at Glengarry, winning by 72 points to move into fifth position on the ladder.

After kicking three goals to one in the first term, the Blues booted three unanswered majors in the second to lead by 37 points at half-time. The visitors kicked away in the second half, booting eight goals to three.

The visitors kicked four goals to two in the first quarter, then gradually added to their lead.

The Demons were challenged by the Wildcats in the midfield, but, led by best-on-ground Chris Bruns and ruckman Dirk Mulholland, answered it strongly.

Ryan Foat kicked four goals for the Wildcats, with Tom Crosby and Todd Bryant part of their efforts to test the Demons.

The Wildcats fell from fifth place to sixth with the loss.

CHURCHILL won at Cowwarr by 19 points.

The win-less Saints began brightly, leading by 17 points at quarter-time, before the Cougars kicked five goals to three in the second term to reduce the deficit to three points at the main break.

The Saints held tight in the third quarter, but couldn’t sustain that effort in the final term.

Allan Chandler and Tristan Turpin were integral in the Cougars’ comeback, as was Leigh McDonald, who kicked three goals.