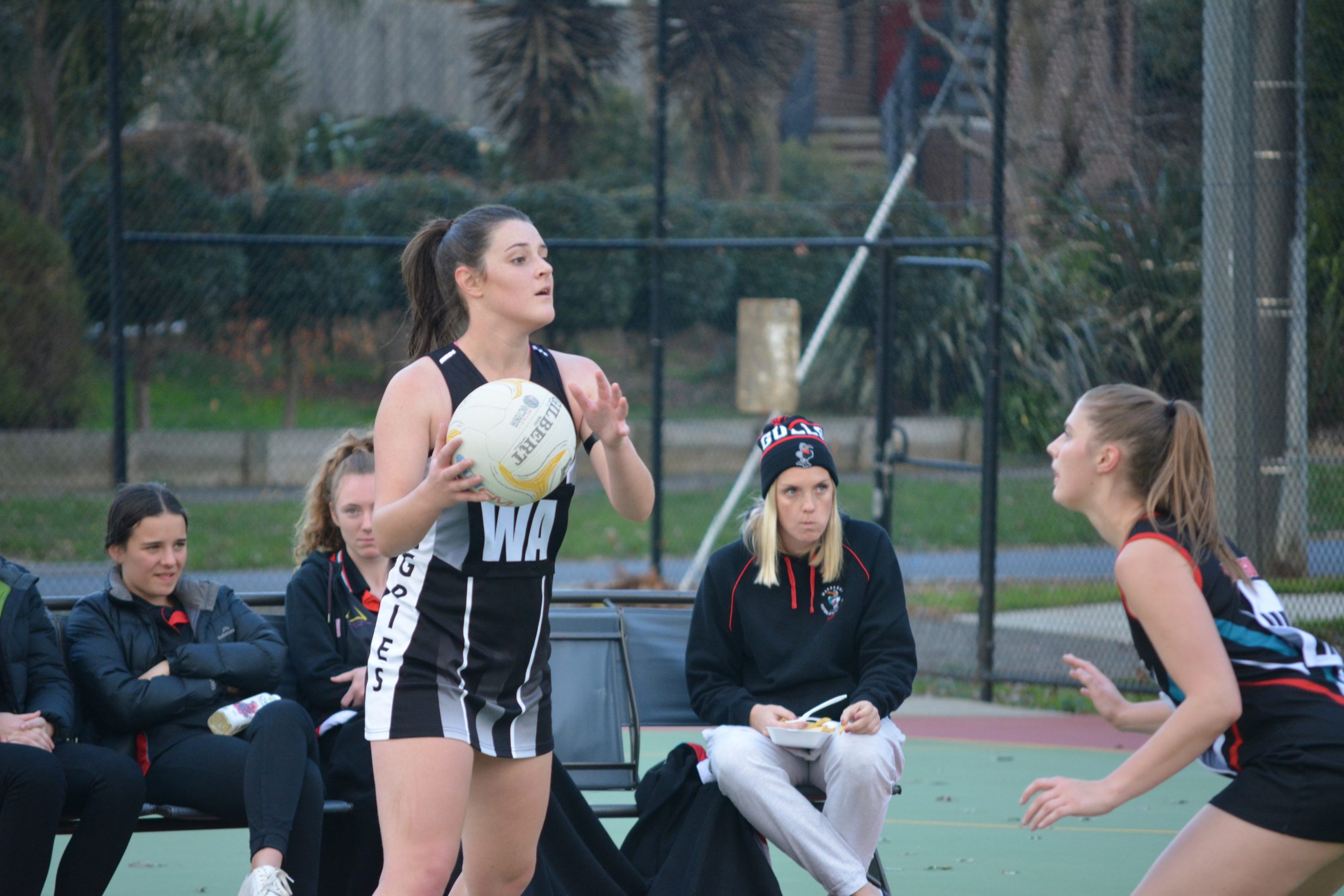 MAFFRA is licking its wounds, after a dramatic loss to Traralgon during round eight of Gippsland League netball on Saturday.

The undermanned Eagles dipped into their premiership under 17s side, as well as their strong B and C grades, to string together a team to face last year’s A grade premiers, but it wasn’t nearly enough, getting doubled 74-37.

Traralgon’s domination in defence and fast pace overwhelmed the Eagles from the first whistle, as Maffra struggled to get a ball into its goalers or squeeze a turnover out of its defensive end.

With usual midcourt metronome Emma Allman and goaling height Meg Gordyn out because of state netball commitments, and captain Paige Biddle benched with a broken wrist, luck was not on Maffra’s side, as vice captain Sarah Luke was felled at the start of the third quarter with an ankle injury which see her sidelined for a few weeks.

Fellow tall Meg Cromb, one of four original A graders left on court, dutifully stepped in to fill Luke’s oversized shoes for the second half, using quick feet to capably fend off lobs into Traralgon shooter, Taylin Gourley, standing at six foot three inches, who tops the league’s shooting tally on more than 280 goals for the season.

Maffra’s Natalie Allman, in centre, had her work cut out for her against Maroons skipper Stacie O’Brien, but kept up with O’Brien’s quick pace and managed a few characteristically Allman intercepts to also earn a spot in the Eagles’ best-ons.

Maffra has now dropped from third to fifth, but will be hungry for a win against Moe this weekend at home.

After the match, Magpies coach Mel Johnston used the Warragul team as an example, telling her young players that three years ago the Gulls were struggling to win a game, but have rebuilt and now have players with Victorian Netball Legue experience. Johnston encouraged her team to keep working hard until success came their way.

Sale’s young players were among its best, with Jenny Wrigglesworth having another outstanding game in attack, Morgan Mayne strong in midcourt and attack, and Maggie Tatterson in defence.

Next weekend, the bottom of the table Magpies will host eighth-placed Leongatha, who defeated Bairnsdale 55-50 at home on Saturday.

IN other matches, Morwell suffered its first loss of the season, going down at Drouin 58-47. The Hawks moved into third spot on the ladder with their win.

Moe moved into fourth spot with its 41-32 home victory over Wonthaggi.