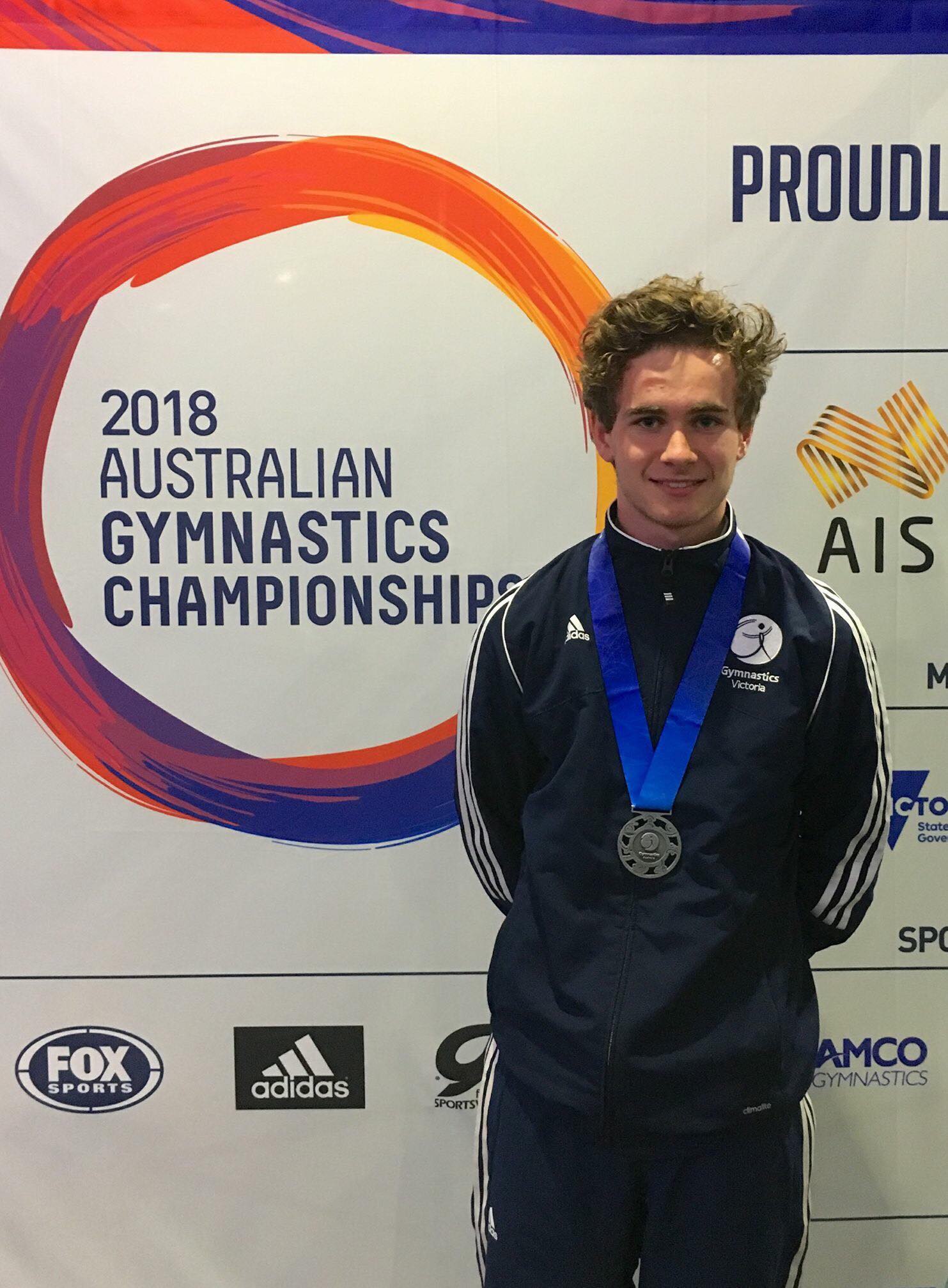 All of its seven athletes who qualified for the national championships last week finished in the top 25 in the country. It is an impressive effort for a regional club, whose foray into tramp and tumble has been relatively recent.

Tom Finlay, competing at his third national championships, was part of the four-member Victorian double mini tramp team which took out silver in the international division, behind the always strong New South Wales team.

Finlay was thrilled with the success of the event, and now has a national medal to show for his efforts.

In the individual event, Finlay qualified through to the finals in 10th position, increasing his standing in the finals to finish sixth.

Coaches have commented that Finlay had worked hard over the past 12 months to increase the difficulty of his passes and generally neaten up his execution. His commitment to developing as an athlete, and the only athlete in his daily training environment competing at this level is testament to his dedication and self-discipline.

The other Victorian athletes competing at this level all train with other high-performance athletes and coaches, making Finlay’s achievements more impressive.

Aaron Benc made his second appearance at the national event, and looked impressive with his two passes on the double mini. He finished in seventh place in the qualifying round, narrowly missing out on a top six spot which would have qualified him for the finals.

Newcomer Henry Noble had a wonderful first Nationals campaign, finishing 13th in a strong field of 21. Noble was able to maintain his composure during what can be an overwhelming competition to compete two confident passes.

In the tumbling events, Maffra had four athletes competing in two divisions.

In the under 15 women’s tumbling, Tess O’Toole and Ella McCubbin looked competitive in their first national level event. Completing two tumbling passes consisting of first five skills, then eight, they powered their way through the qualifying round.

In a strong field of 29, McCubbin finished in 24th position and O’Toole in 14th, an impressive debut at the national level.

In the under 13 women’s tumbling, Holly Medhurst pulled on the Victorian uniform for the first time, keenly supported by her teammate Katelyn Henderson, who was representing the state for the second time. Both girls were impressive in the qualifying round with Medhurst placing 10th and Henderson fifth in a field of 22.

Henderson progressed through to the final of the event, holding strong to maintain her fithth position, a mere 1.9 points outside the medals.

Maffra coach Robyn Dowse was on the floor at the championships as Victoria tumbling team coach.