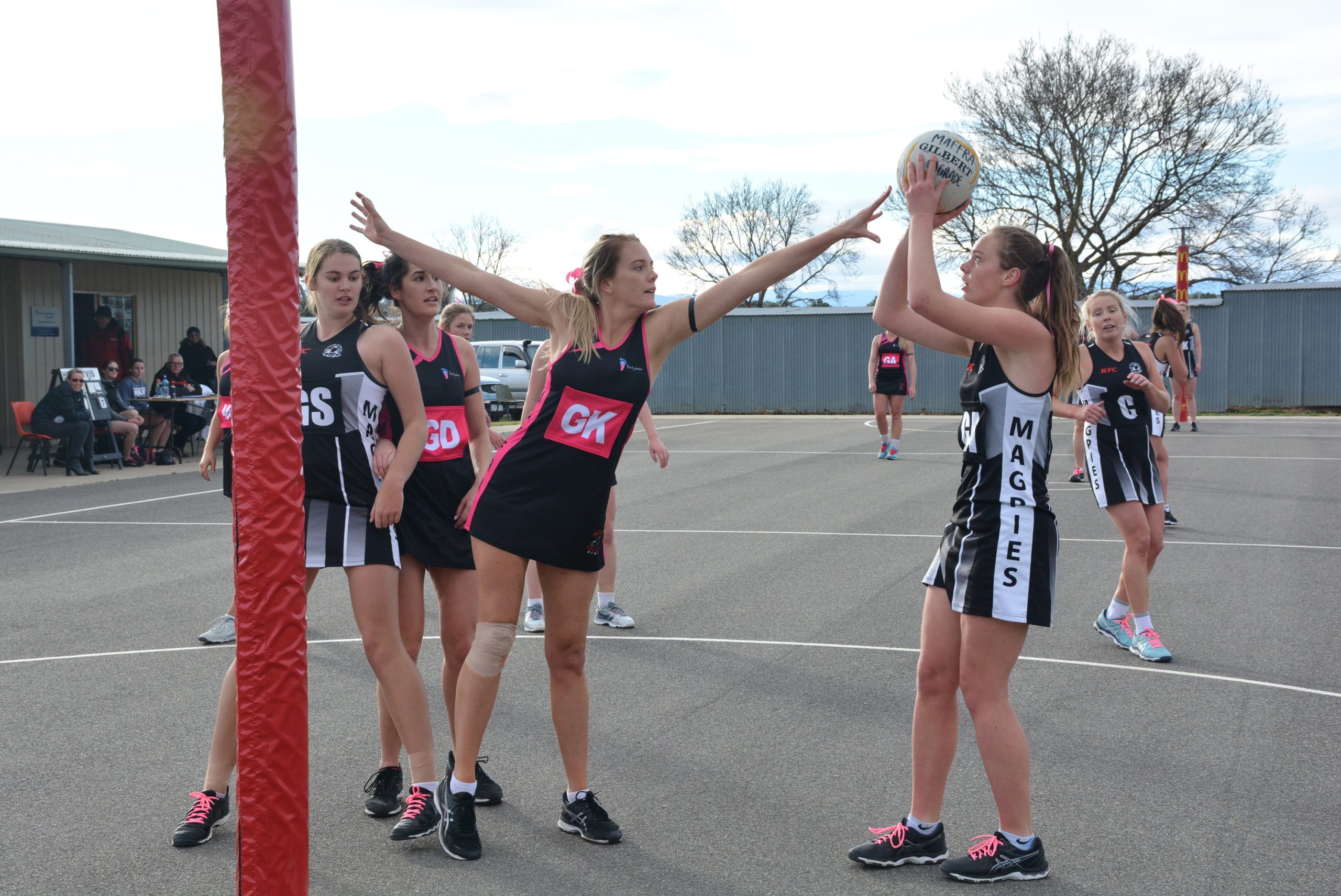 A GOAL was all it took, for Sale to upset Maffra in Gippsland League netball at the weekend, winning in a nail-biting 39-40.

The Eagles trailed the Pies for the better half of the game, the goal margin widening and thinning as each team surged, but at the final whistle, luck was on the Pies’ side.

Missing captain Ruby Phillips, the Pies played fast but steady netball, with Sale’s Tori Dessent, a pivotal player in wing attack, setting the pace and feeding into the ring well.

Missing Emma Allman to VNL commitments, and Meg Gordyn, Paige Biddle and Sarah Luke to injury, the Eagles managed to secure former Eagle Brodie Brunt, who was awarded both the Pam Birss Memorial Medal and Footprints Foundation best-on-court trophy for her outstanding commitment to intercepts.

Sale’s Hayley Castle and Jenny Wrigglesworth, best-on-court for the Pies, were a formidable pair in the ring, and their accuracy in goals ultimately proved the Eagle’s undoing.

Castle and Wrigglesworth, in turn, were paired against some of the Eagle’s best — strong defensive pressure in the ring by Meg Cromb and Brunt offered many an opportunity for the Eagles to turn their scoreline around, but the home side struggled to capitalise on its several defensive turnovers.

The Pies rallied for the home stretch — playing stony-faced netball and giving the Eagles a horror last quarter, eventually scraping home with a goal in the final seconds.

Sale coach Mel Johnson said she admired her team’s perseverance throughout the season.

“We’re starting to improve collectively as a team,” she said.

“They might not be the best team in the league, but they never stop fighting.”

Sale will have renewed confidence traveling to the Valley this weekend, to have a crack at their third win against second-placed Moe.

The Eagles have secured the return of skipper Biddle and Luke to the side in its fight against Drouin on Saturday, although will be miss regular goalers Gordyn and Coco Henry.

IN other matches, Morwell defeated Warragul  38-34, Drouin was overrun by Moe 56-69, Leongatha was defeated by Wonthaggi 41-35,  and, in perhaps an even bigger upset than Sale and Maffra, Bairnsdale defeated Traralgon 44-53 on the Maroons’ home courts.