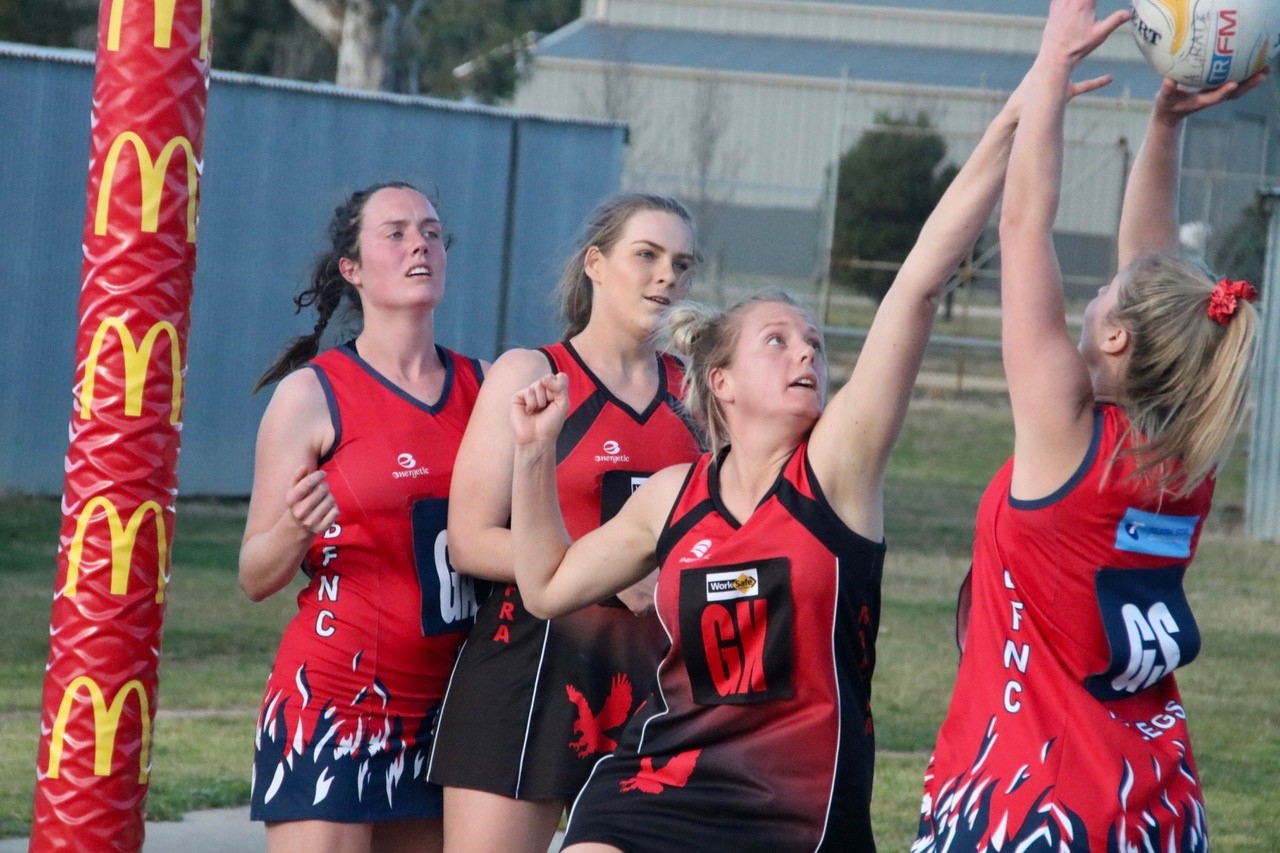 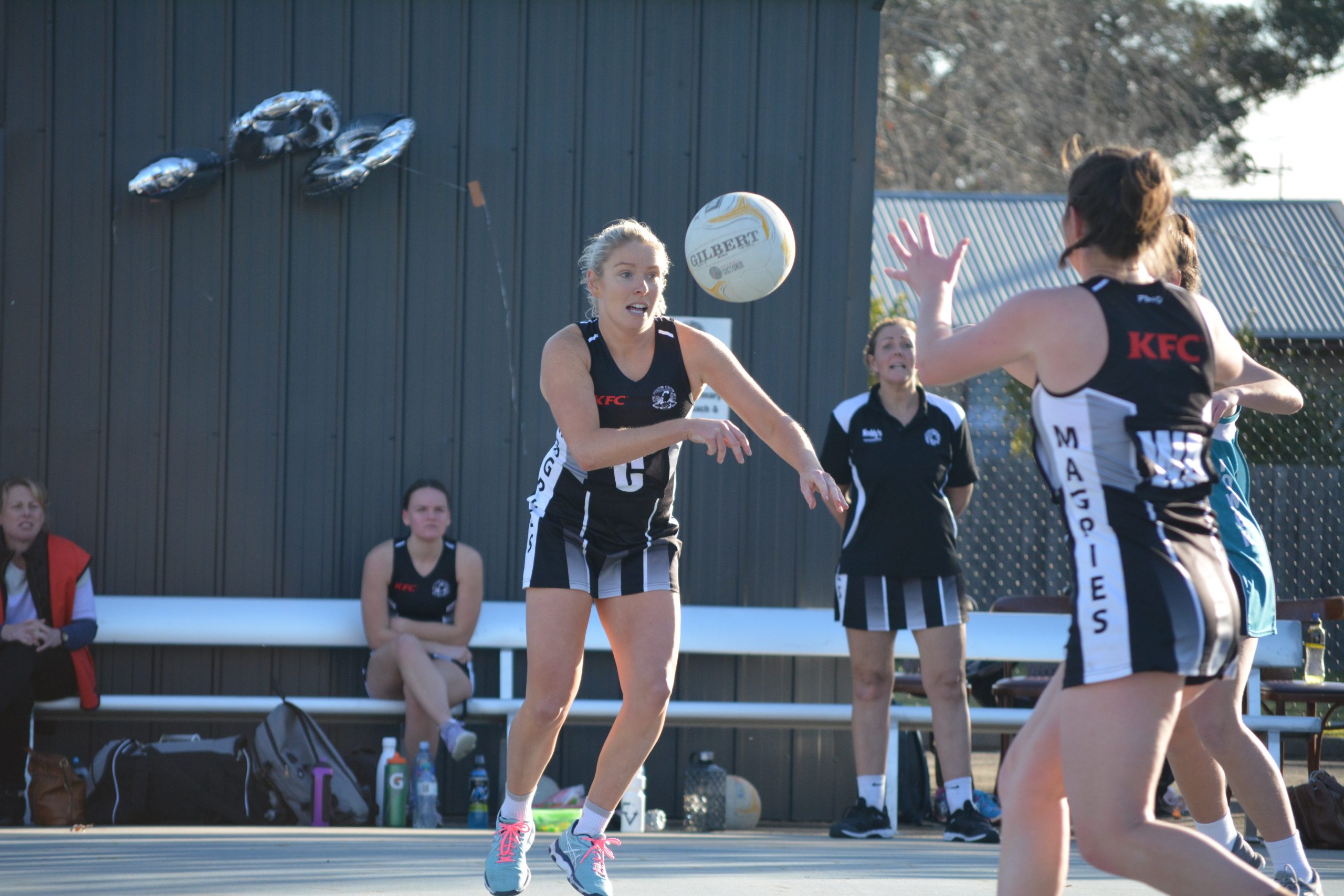 MAFFRA should be thanking the accuracy of the timekeeper in the dying moments of its Gippsland League netball clash against Bairnsdale.

The Eagles clinched a win against the visiting Redlegs by a single goal, 40-39.

The outcome of the low-scoring game was quickly established as relying on which team’s defence could get more turnovers.

Branches belonging to Maffra’s goal defence Meg Cromb and goal keeper Sarah Luke seemed to be slightly more dominant, reaching higher for rebounds and further for intercepts, and sending the ball back down where it came from.

A few exceptions to the defensive rule lay in Bairnsdale goal attack Sally Deller and Maffra all-round attacker Abbey Pleydell. Both players ably switched from attack to defence within a second’s notice — notably, a particularly impressive intercept by Pleydell in her own goal ring was quickly converted into a goal.

Just one goal down with 10 seconds to go, a draw was within reach of the visitors, but the ball was too slow to enter the Redlegs’ circle.

With finals around the corner, Maffra’s players and coach will take a contemplative break to determine how to break their remaining three competitors.

Warragul, Traralgon and Moe — not necessarily in that order — have posed some of the hardest competition for the Eagles, who have hobbled along with half a team at points during the season.

IN a round of tight outcomes, Sale held on by the skin of its teeth to take its third win for the season in a physical battle against Wonthaggi.

In another drama-filled final quarter and scores locked, Sale lost its young gun goal attack Jenny Wrigglesworth, who came down heavily on a knee and assisted off court, followed shortly after by the Power also losing a key player to a knee injury.

Sale’s best player was Hayley Castle, who shot with uncanny accuracy under pressure when the match was there to be won.

Maggie Tatterson and Alex Stephenson were solid in defence, while wing attack Tori Dessent operated with her usual tenacity in the midcourt.

The match-up of the game was between Sale’s Kristy Glover and the Power’s Bella Anderson, who was named in the best.

After the win, coach Mel Johnstone said she was thrilled by the improvement of the team throughout the season. Johnstone earlier played her 100th game for Sale during the Magpies’ B grade match.

There will be no break for Sale, which will head east to face a reeling Bairnsdale side in the first half of the split round this weekend.

Finals are firmly out of sight for Sale, but that’s not to say the Magpie are playing some of the best netball they’ve played all year.