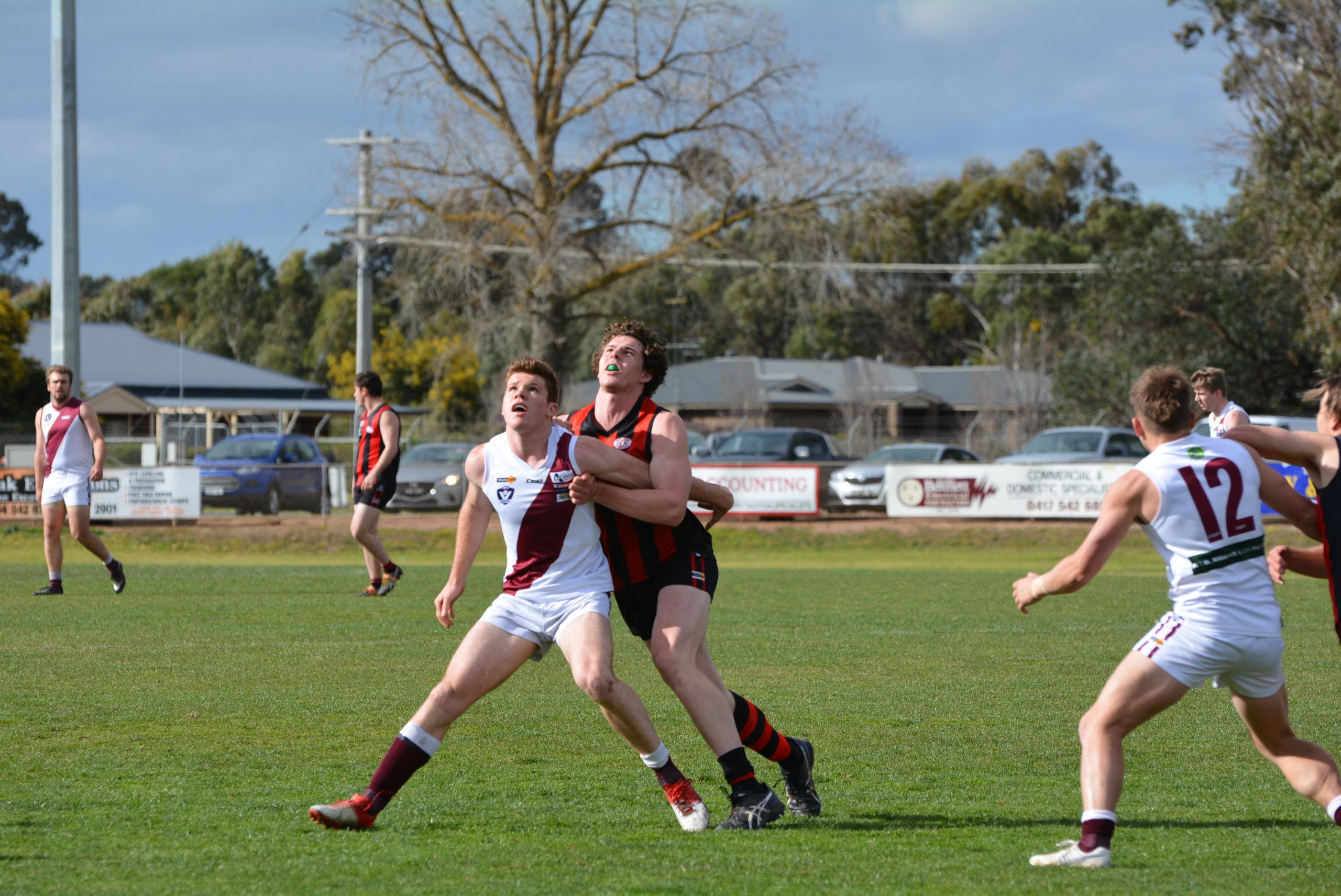 MAFFRA will have to overcome a confident Traralgon to secure a third successive Gippsland League grand final appearance.

Leongatha will play the winner of Saturday’s preliminary final at Moe.

It will be the second consecutive year the Eagles and Maroons have met in the preliminary. This year is also the fourth successive season the same teams will finish in the top three positions.

The Eagles will need to lift following a disappointing showing in the second semi-final against Leongatha last weekend.

The intensity which helped give the Eagles a nine-point lead at main break deserted them, as they failed to kick a goal, while the Parrots booted 12.

The Eagles struggled to get through the Parrots’ defence, with long kicks into attack not hitting targets.

Maffra will have to rebound from its 64-point loss, as it will meet a Traralgon side coming off three successive victories. However, the Eagles have won their past three matches against the Maroons.

After a 24-point win in last year’s preliminary final, the Eagles this year won at Traralgon by 11, and 78 points at Maffra in round 17.

In the previous meeting, the Eagles kicked 12 goals to two in the second half, however the Maroons were hit by injuries at the time.

The Maroons had to win their next match against Morwell to seal a spot in the finals. They since proved they weren’t in the finals to make up the numbers, defeating Moe by 31 points in the elimination final and Sale by 10 in the first semi-final last weekend.

Lee Stockdale was the star for Traralgon last weekend, kicking six goals, and will be danger for the Eagles’ defence on Saturday.

MAFFRA will play the winner of the reserves preliminary final between Traralgon and Leongatha.

Both sides have defeated Moe, which finished the home-and-away season in second place, during the finals. The Parrots have had two strong wins, while the Maroons were out-classed by Maffra in the second semi-final.

MOE and Bairnsdale will meet in the under 18s, with the winner taking on Traralgon in the grand final.

The teams met a fortnight ago in low-scoring qualifying final, with the Lions victorious by 10 points.

IN the under 16s, Bairnsdale and Wonthaggi will meet for the right to take on Sale in the grand final.

The sides finished the home-and-away season in the top two positions on the ladder, separated by percentage, but were both defeated by Sale during the finals.