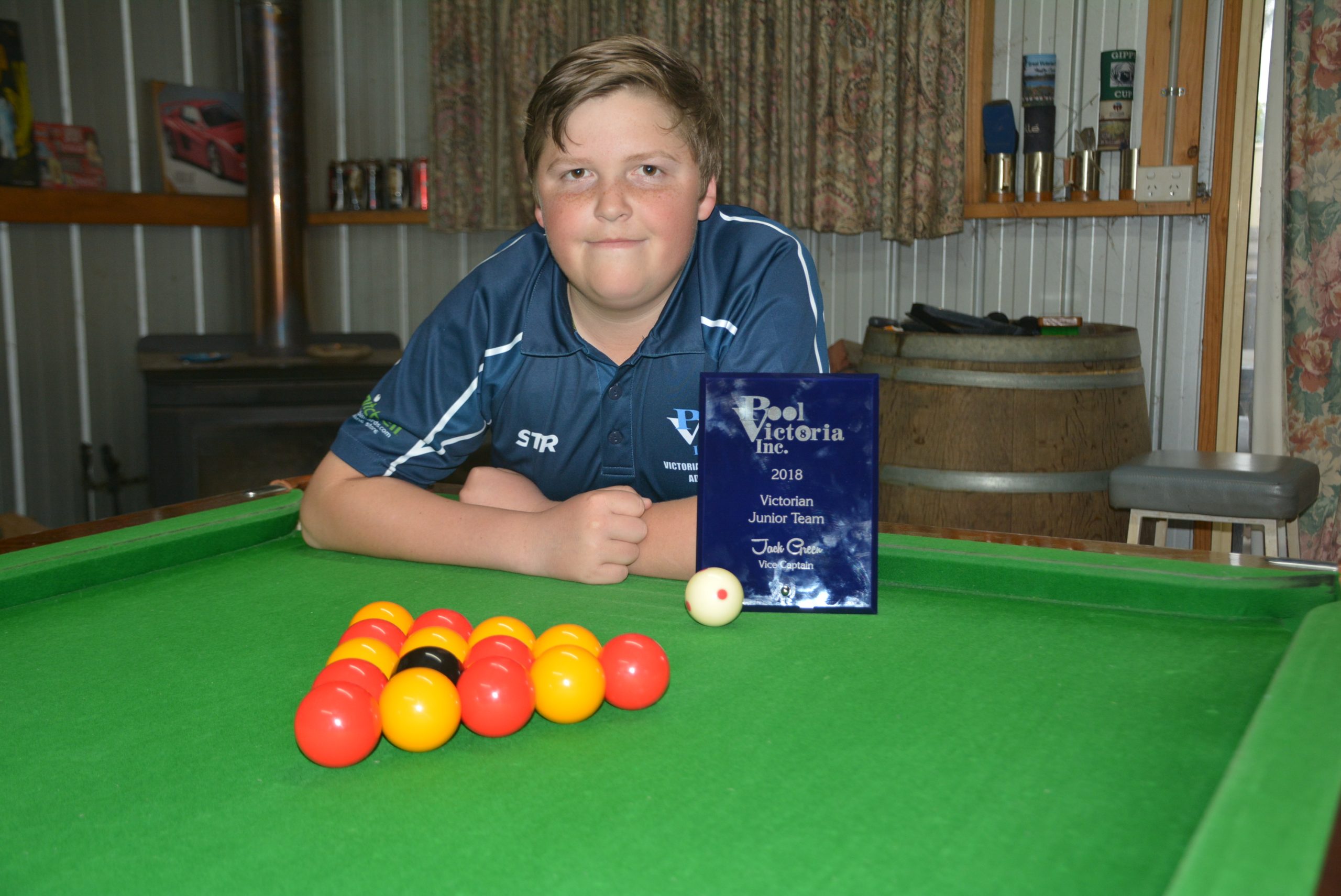 The 15-year-old will represent Victoria in the under 18 championships, to be held in Launceston, Tasmania, in January. Green was selected as vice-captain for the state team.

Green earned another spot in the national titles after finishing third at the state championships, in his first year stepping up from the under 15s.

“To be honest, I didn’t even think I’d make it because two of the players that didn’t make it played for Australia,” Green said.

In January this year, Green competed in the under 15 nationals in South Australia, finishing second in billiards, equal fifth in eight-ball and sixth in snooker, highlighting his prowess across the cue sports.

Green practises at least six days a week, and plays three times a week, twice locally and once in the Latrobe Valley.

If he finishes in the top six in Tasmania, Green will earn a call-up to the Australian team to compete in England next year, something he felt was not out of the question.

“Every nationals I’ve finished inside the top six, hopefully I can just keep going that way so I do make the Australian team,” Green said.