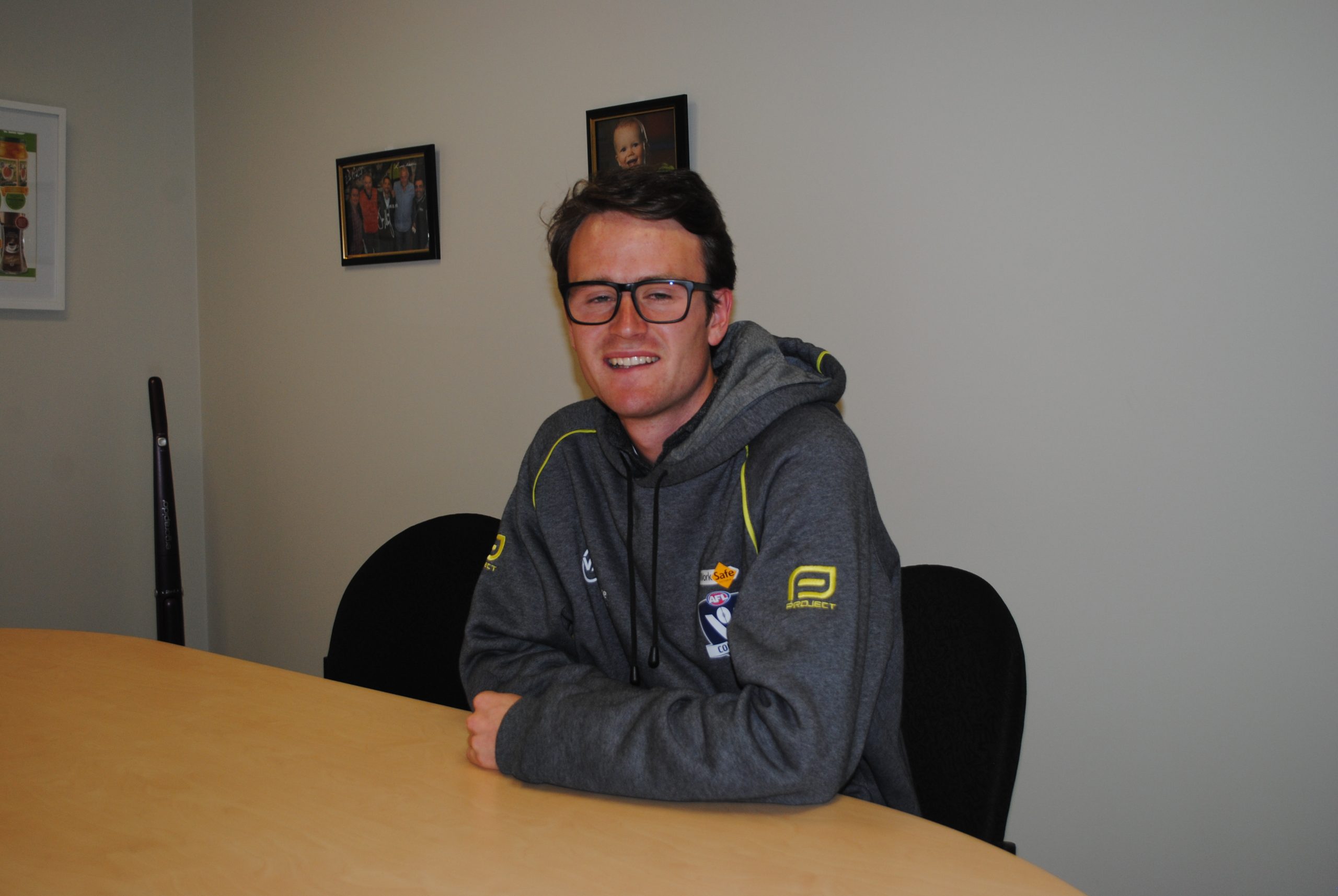 WHEN white line fever and savage enthusiasm turns spectators, coaches, parents and players into warriors, things can get a little heated on the football field.

But for Sale Umpires Association ‘umpire of the year’ recipient Shannon Darmac, the “banter” of the crowd and energy on and off the field is all part of the excitement.

“Mostly it’s just people getting passionate about sport,” he said.

“I love it, I love umpiring, I love getting to watch the footy up close and I  love hearing the cheers of the crowd,” he said.

It’s that level headedness and commitment to the game that has helped make Shannon one of Sale Umpire Association’s most valuable young assets.

President Peter Perillo said attracting hard working and committed people to the discipline was integral to lifting the profile of umpires in the sport.

“The attention in football is usually not on the umpires, so one of our goals is to make sure their efforts are recognised,” he said.

Perillo said the 20-year-old was the perfect choice for 2018 umpire of the year, because he was always prepared to go “above and beyond’ on the field and at the club.

“Shannon was a sensational boundary umpire and to see him move effortlessly to field this year, and to continue to show professionalism and commitment, has been great,” he said.

“But it’s not just on the field where he shows exemplary behaviour — he’s just a really nice guy and does a lot around the club in terms of mentoring others and being willing to learn.”

To top off a great year, Shannon was also awarded AFL Victoria’s prestigious Golden Whistle, which is provided to each umpiring group in Victoria for presentation as an encouragement award for umpires.

Many recipients of the Golden Whistle Award have gone to umpire at a higher level, including AFL, which is something young Shannon has his sights set on.

“The training and development programs through the association and through the AFL are really good, and I would really love to see how far I can go.”

Shannon has had plenty of opportunity to showcase his skills this year, running the field all season at junior games in under 12s, 14s and 16s, and running the boundary in the Gippsland League grand final and in the V/Line Cup at Moe. He also had the opportunity to undergo intensive skills development training with 43 other umpires from around the state in the four-day AFL umpire development program.

Shannon said being willing to learn was essential to his enjoyment of the game.

“There are never two games the same, so you have to be always on the ball, and always prepared for the unexpected,” he said.

“We hone our skills every time we are on the field; that’s what keeps the challenge in it for me.”