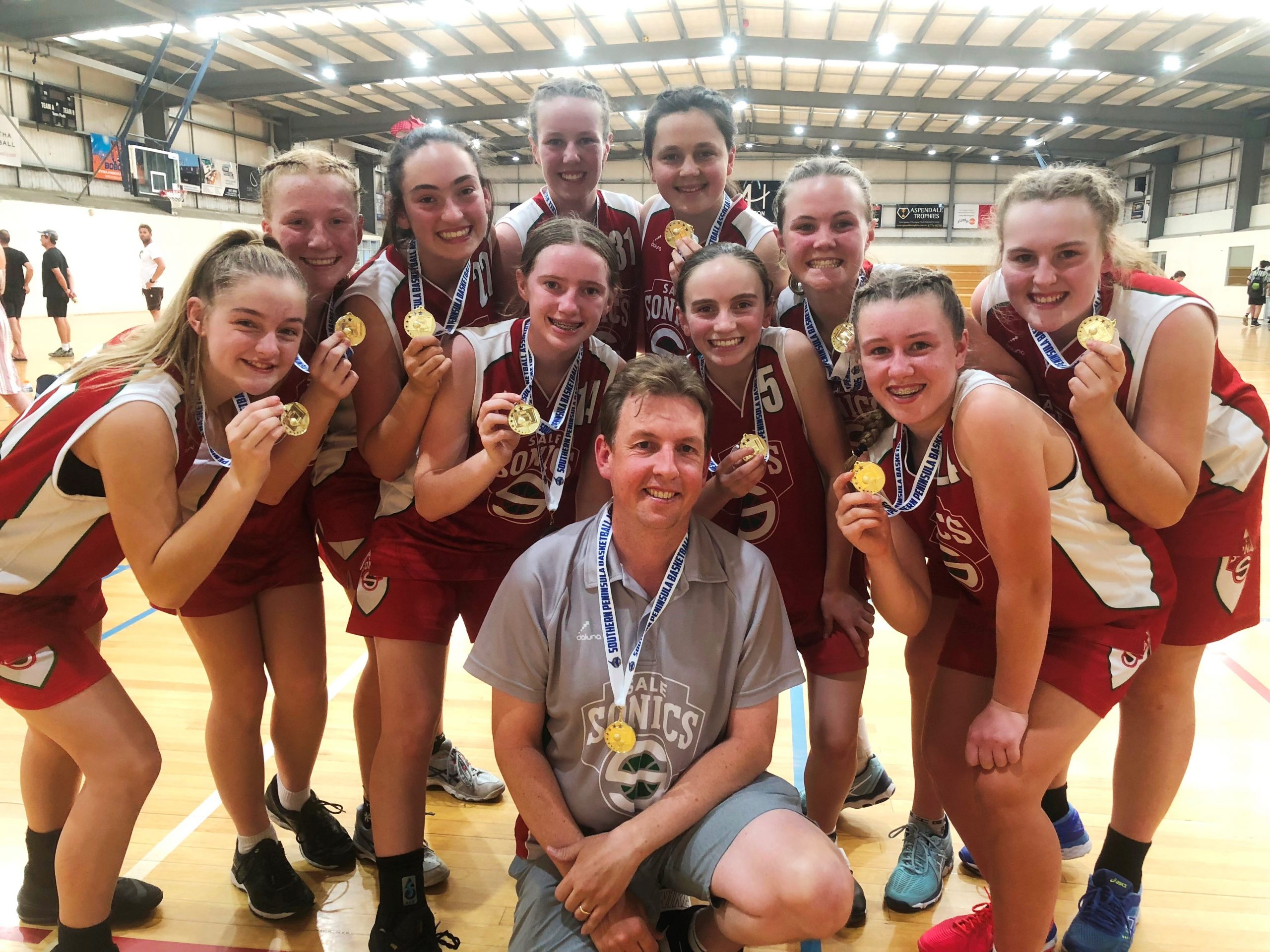 THE Sale Sonics won the under 16 girls’ division two title at the Southern Peninsula basketball tournament at the weekend.

Rounding off a weekend of “girl power”, another Sale under 16 girls’ team was runner-up in its division.

The Maffra under 16 boys’ team reached the grand final in its championship division.

The Maffra under 12 boys narrowly missed out on a spot in the division one grand final. The Eagles won three of their four matches, but a one-point loss to eventual champion Sandringham cost them a spot in the decider as only the one side from each pool progressed.

Maffra also played in the under 14 boys’ championship. The Eagles won their first match, but lost their remaining three.

The Sale under 14 girls played the weekend in championship grade against the best teams in the state.

The Sonics finished third, losing only one game for the weekend, to the eventual champion Hawthorn.

The Sonics 12.2 girls also won three out of four games in its division and finished third, with their only loss to powerhouse club Hawthorn.

For the 16.1 girls, it was their second tournament of the year and coach Ryan Fraser said the players showed vast improvement, with all 10 team contributing strongly.

After winning all their pool games comfortably in division two, the Sonics faced a tougher test in the final against Sandringham. Despite creating plenty of opportunities to score, Fraser said they struggled to convert on the scoreboard but kept their composure to secure a well-deserved four point win, 24-20, with Indigo Waugh named most valuable player.

The Sale 16.2 girls went through the division five rounds undefeated, winning all four of its matches to qualify for the grand final. Coach Emma-Lee Ross said the girls fought out the game gallantly, but eventually went down by seven points to Waverley.

Maffra’s under 16 girls competed in division one, winning one match and drawing with Diamond Valley.

Maffra sent two under 14 girls’ teams, winning one of four matches in division two, and were competitive in division four without recording a win.

The Sonics 14.1 girls first faced Hawthorn, considered to be the best team in Australia for the age group.

The Sonics lost 34-52, but coach Jo Crawford-Wynd said the girls did well to regroup and record strong wins over Whittlesea, Sandringham and then a trilling one-point win over Nunawading.

The Sonics 12.2 girls also had just one loss in division three, winning three out of four games.

Maffra had an identical record in the same division, but a loss in its final match to Hawthorn saw the Eagles miss out on a spot in the grand final.