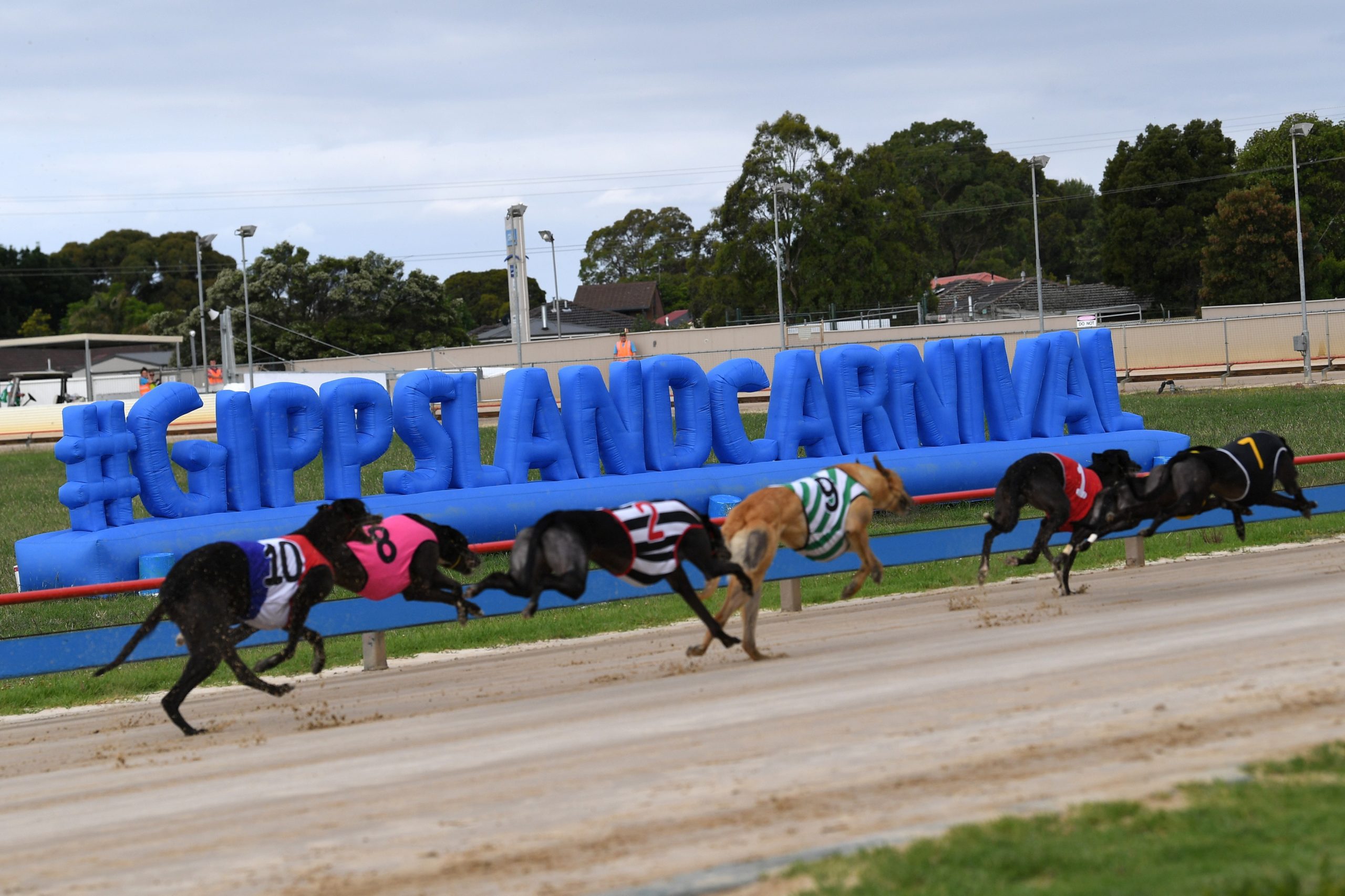 THE opening leg of greyhound racing’s lucrative Gippsland Carnival has received a massive boost with superstar stayer Rippin’ Sam on target to return from injury in time for the Sale Cup.

“With more than $170,000 in stake money to be distributed, it is the richest provincial greyhound meeting in Australia and a fitting start to this year’s Gippsland Carnival,” he said.

Barnstorming stayer Rippin’ Sam hasn’t been seen in action since September, but the group one winner returned to training in late November and Robert Britton was optimistic he can make a timely comeback for the Gippsland Carnival’s headline event.

“Rippin’ Sam is back in work and while it’s guesswork as to how far off he is, if everything goes according to plan the Sale Cup is a perfect option for him,” Britton said.

The Gippsland Carnival, being staged for the third time this summer, consists of four country cups.

Sale’s $75,000 to-the-winner middle distance showdown will be followed by the Warragul, Traralgon and Cranbourne cup, all group two events with a $47,000 winner’s purse.

“Starting with a sportsman’s night/Calcutta theme on Friday, January 4; followed by our traditional Family Fun Day two days later on the Sunday and the Warragul Cup final on Saturday, January 12,” he said.

“Great food, a drink with mates and man’s best friend, all on Australia Day. Now what could be more Australian than that,” he said.

The cream of the Victorian sprinting ranks will take aim at the Warragul, Traralgon and Cranbourne cups, and there’ll also be a champion former footballer trackside at the three sprints in Collingwood’s charismatic 2011 Brownlow medallist Dane Swan, while Melbourne’s cult ruckman Max Gawn will attend the Sale Cup.