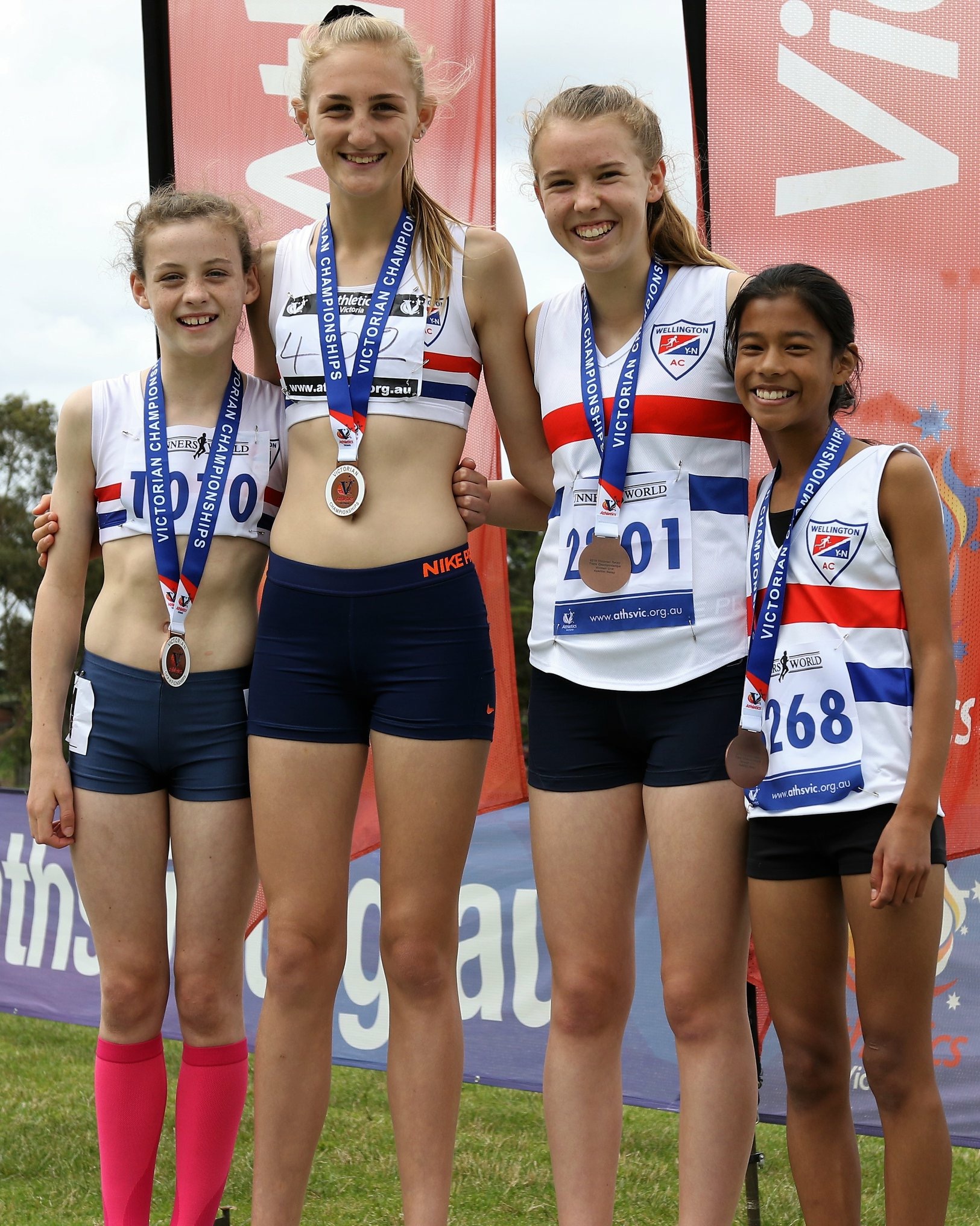 The stand-out was in the under 14 girls’ 4×400 metres. Ada Hill and Debbie Husodo got the team out to an impressive start, then Bianca Croucher and Antje Kempff followed suit to finish off the final two legs.

Ada Hill and Debbie Husodo got the team out to an impressive start, then Bianca Croucher and Antje Kempff followed suit to finish off the final two legs. The girls completed the race in a time of 4:35.99 minutes and finished in third place, winning state bronze.

In the under 18 women’s medley race, Krystal Archer got the team off to a good start in the 200m which was ably followed up by Ada Hill in the second leg.

Grace O’Brien ran well and was able to maintain position before handing over to Rachel Jennings, who finished it off at a blistering pace in her first ever 800m race.

A close finish meant the team only just missed out on a medal, placing fourth.

The under 18 male medley team overcame obstacles to make it onto the start line.

In the 200m legs, Ben Lang got the team off to a good start with Tom Fleming keeping the baton moving smoothly through to Aaron Broadbridge, who ran a quick 400m. George Lancaster finished off the final two laps with the boys placing third in their heat and sixth overall.

Despite facing strong metro teams in the 4x100m, Krystal Archer, Antje Kempff, Bianca Croucher and Debbie Husodo, rose to the occasion and qualified for the final, finishing in eighth place.