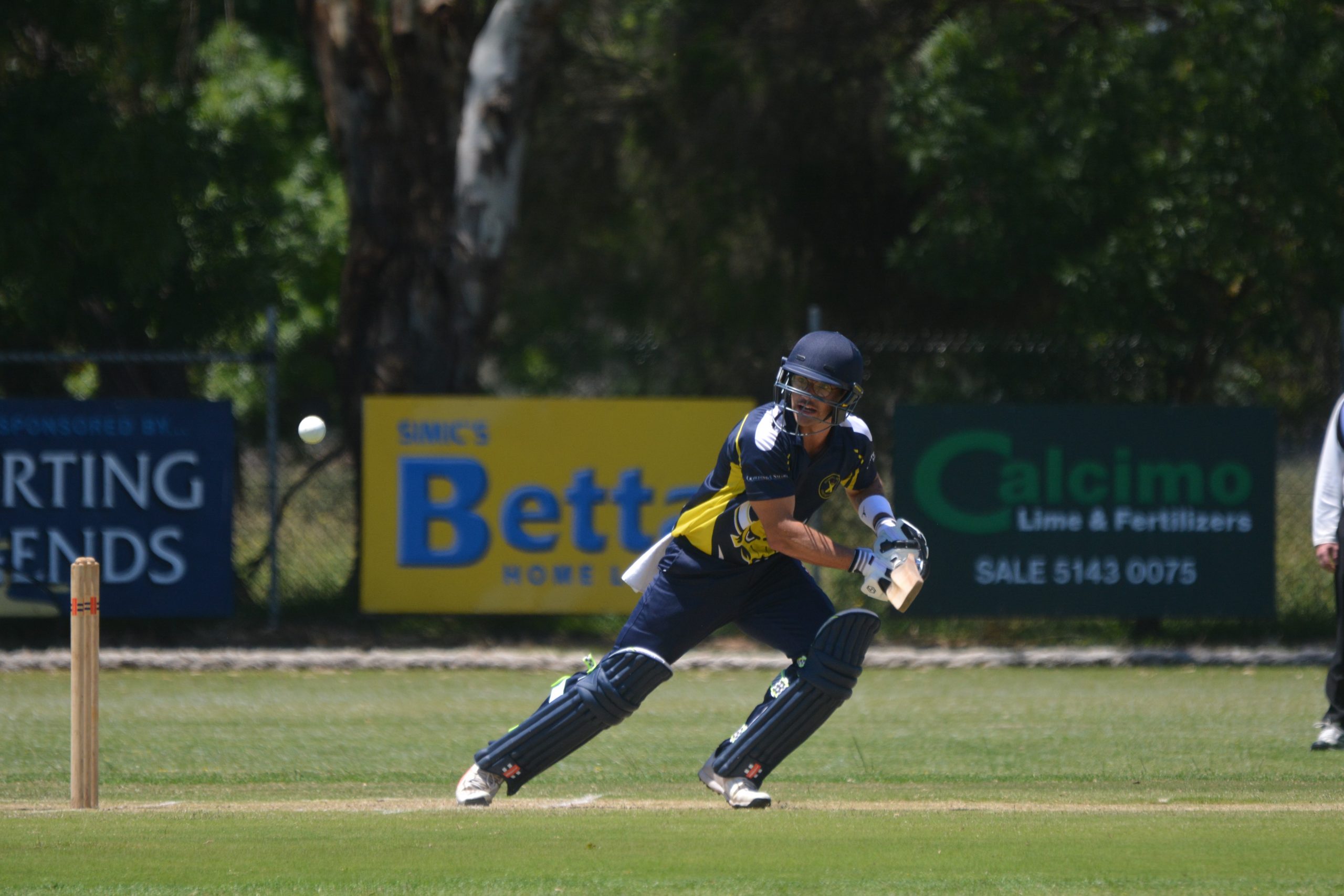 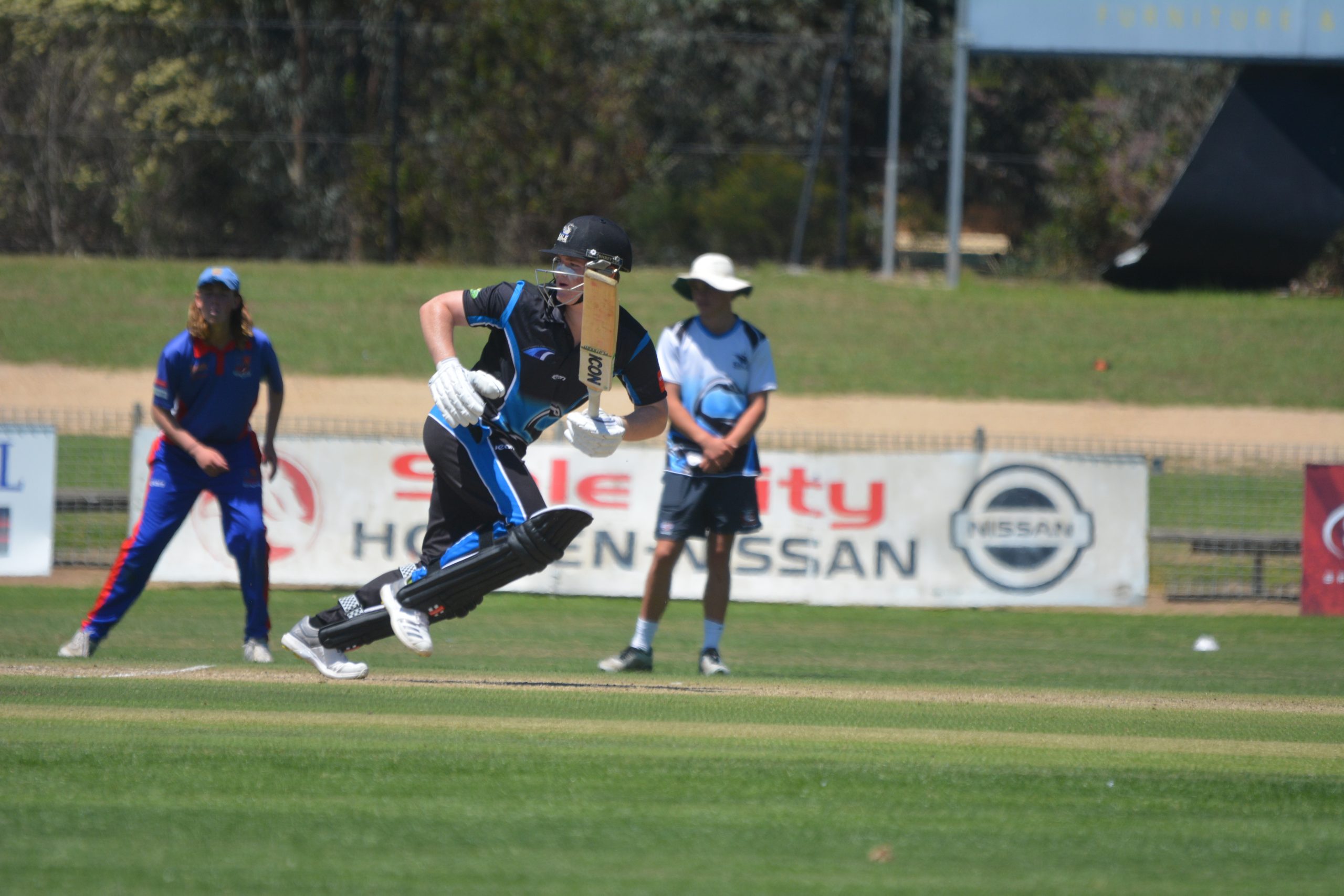 BUNDALAGUAH moved to the top of the Sale-Maffra cricket ladder after defeating Longford on Saturday, and previous leader Collegians lost to Sale.

In a round reduced to one-day games because of rain the previous week, Sale won a tight match at home by nine runs.

The Swans scored 8-197 from their 40 overs, led by 46 from opener Rohan Blandford and 45 from Ben Jones in the middle order.

Blandford got the innings going before becoming the first wicket to fall, bowled by Collegians captain Jack Tatterson, with the score on 75.

Opening partner Tim Dessent was also bowled by Tatterson, leaving for 29 with Swans 2-91.

John Mayman (22) and captain Nathan Massey (19) got starts, but their departures left more work to put together a competitive total.

Jones was solid for the Swans before falling late in the inning, bowled by Tatterson.

The Swans looked set to reach 200, but were prevented by two run-outs in the final over.

The pick of the Collegians bowlers was Tatterson, who finished with figures of 3-31 from eight overs.

Wickets at regular intervals prevented College getting to a flying start, with Jones and Andrew Nicholas claiming two wickets each to have the visitors 4-72.

Nick Grainger joined Tatterson in the middle, together they added 70 runs until the latter was bowled by Jones for 47.

In another pivotal moment, Jones disrupted the timber again when he dismissed Grainger for 51, with Collegians 6-169. Jones finished with 4-38.

College added only 17 more runs as the tail failed to wag, with three run-outs among the final four wickets to fall in the chase for the winning runs.

BUNDALAGUAH did enough to defeat Longford at home.

Opener Cloete Buitendag provided the foundation for the Bundalaguah innings, scoring 66, while captain Sam Bedggood scored 41. They combined for a fourth wicket partnership of 60 runs.

With only three other Bulls scoring between 10 and 20, the Lizards did well to restrict the hosts.

William Cook claimed 3-39, including the vital wicket of Buitendag, while Steve Parry had 2-9 from eight overs.

Longford captain Mat Johns and Parry set about giving their side’s reply a positive start, taking the score to 46 before the latter was run-out by Jake Wynd for 21 off 20 balls faced.

When Wynd bowled Johns for 47 (off 49 balls), the Lizards were 3-87 before two wickets from Bedggood had the visitors in trouble at 6-96.

Nitilaksh Prasad and Brett McMaster put on 42 runs for the seventh wicket before Prasad was dismissed for 17. McMaster was later dismissed for 25 as the Lizards finished 19 runs short.

MAFFRA had a change of fortune in its match against Rosedale-Kilmany.

The Eagles were in trouble at 6-84 when the match first started last week, but rain meant the score was wiped from the records. They made the most of the reprieve to defeat the Warriors in a low-scoring thriller on Saturday.

The Warriors were restricted to 4-126, with Dylan Rowley unbeaten on 31, Tom Love scoring 32 and Rohan Diamond 22.

After collapsing to 4-17, the Eagles passed the RK score with only two wickets in hand.

Captain Josh Davis and Grant Thornton began the rescue mission, adding 66 runs before Davis was bowled by Rowley for 27.

Thornton was joined by Josh Rurawhe, who was bowled by Love for 26, leaving the Eagles 6-102. Without a run being added, Thornton was then stumped off Diamond’s bowling for 38.

Ben Sly contributed 12 valuable runs, but was dismissed with the Eagles four runs short of the Warriors.

Nathan Magnuson and Zach Kearns scampered through the winning runs, as the Eagles finished on 9-131.

Rowley, Brad Scott and Brandon McDonald each claimed two wickets for the Warriors, who have fallen from third to fifth spot on the ladder. The Eagles are now third.

BOISDALE-BRIAGOLONG moved ahead of Stratford into sixth place on the ladder after defeating the Redbacks.

Jordan Price was involved in two strong partnerships to begin the Saints’ innings. Price put on 55 for the first wicket with Mitch Leeds (22), then combined with captain Toby Leeds for a 72-run partnership, which ended when Price was dismissed for 68. When Toby Leeds was run-out for 47, the Saints were 3-154.

Jack Wrigglesworth (34) and Louis Howard (17 not out), added 43 runs to put the Saints in a good position.

Dylan Bolton almost pushed Stratford to victory, but ran out of partners.

Jonathan Beech claimed the key wickets of Lewis Bolton and Aurisch on his way to figures of 3-38. Wrigglesworth claimed 3-36.