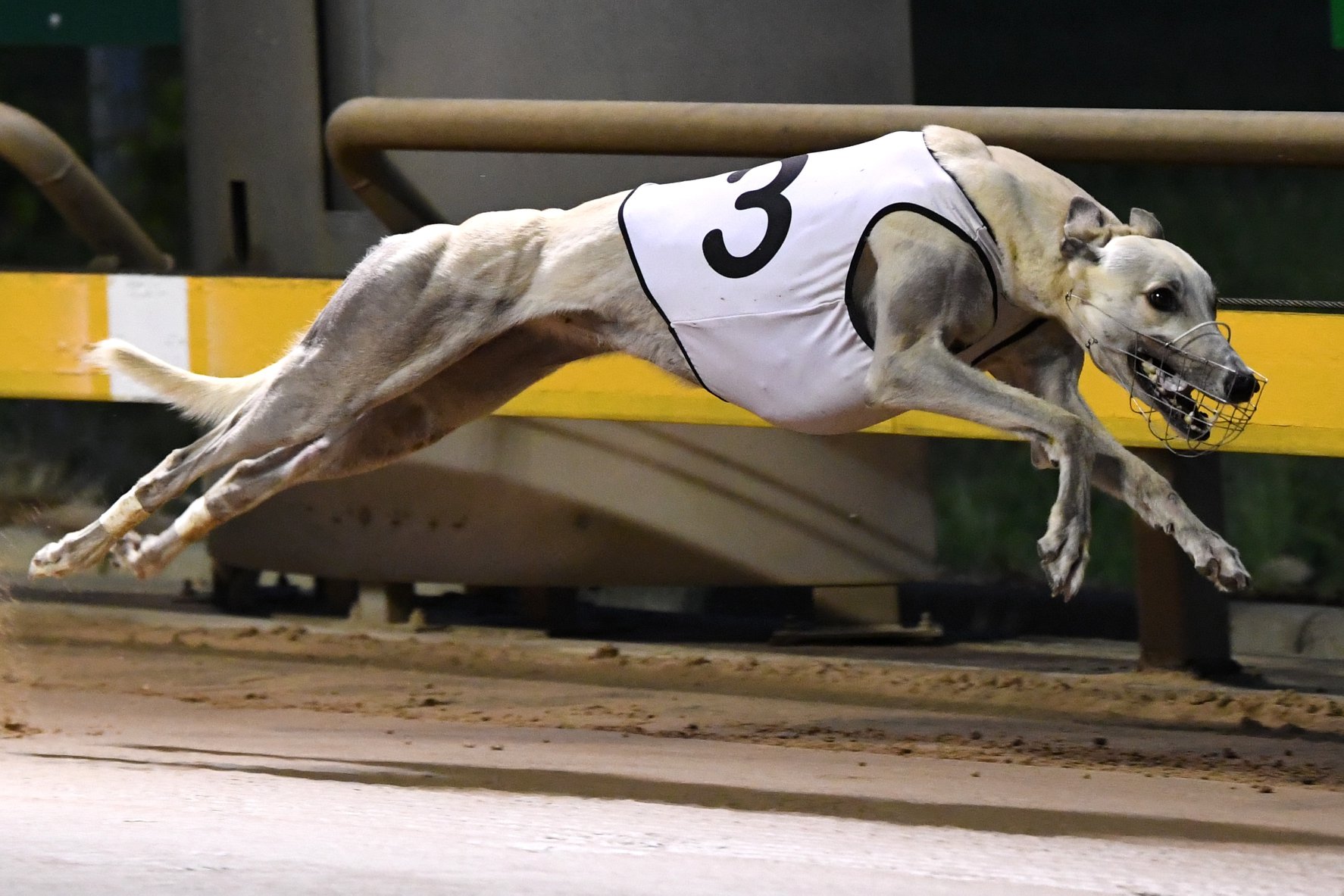 THE second leg of the Greyhound Racing Victoria Gippsland Carnival, the Warragul Cup, will be raced Saturday night.

Qualifying with the quickest heat time (25.48 seconds), Elevated is an equal third favourite (at $4.20 with TAB fixed odds) for Harry Manolitsis who is the only trainer with two contenders – along with ($10 at TAB) – in the main race.

“She is a very quick animal,” Manolitisis said of his star who has drawn box seven in the Warragul Cup.

“If I’d chosen her box, I would have picked her inside. She likes railing and that’s where she is comfortable.

“Saying that, she does run true to her box.”

Like kennelmate Elevated, Italian Plastic is on a run of three consecutive victories which includes his Warragul Cup win over Sure To Excite.

“Italian Plastic is drawn lovely in box two. He will be sitting behind the speed and he’s a pretty honest dog as his win ration tells you,” Manolitisis said.

Italian Plastic is owned by the Catching Pen syndicate, made up of mostly first-time greyhound owners who have enjoyed traveling around Victoria watching their first athlete perform on the track.

This will be the third annual Gippsland Carnival, which connects cups at Sale, Traralgon, Warragul and Cranbourne.

Champion stayer Rippin’ Sam will also be a feature on the night as the favourite to take out the $10,000 Warragul Distance Cup.

Across the 2018-19 Gippsland Carnival series, there will be a series of bonus prizes for trainers.

The Gippsland Carnival has generated a lot of interest since its inception in 2016.

In connecting the four cups, the carnival has resulted in a boost in what is a traditionally strong greyhound racing area.

Former AFL star Dane Swan will be one of many interested punters in attendance at Warragul on Saturday night.

There is free entry at Logan Park, Warragul, from 6pm with live music and a range of activities for the whole family.

The Warragul Cup will mark the end of a big week at Logan Park.

The Summer Racing Festival attracted 1200 people on Sunday to watch 12 races and take advantage of the free family day.