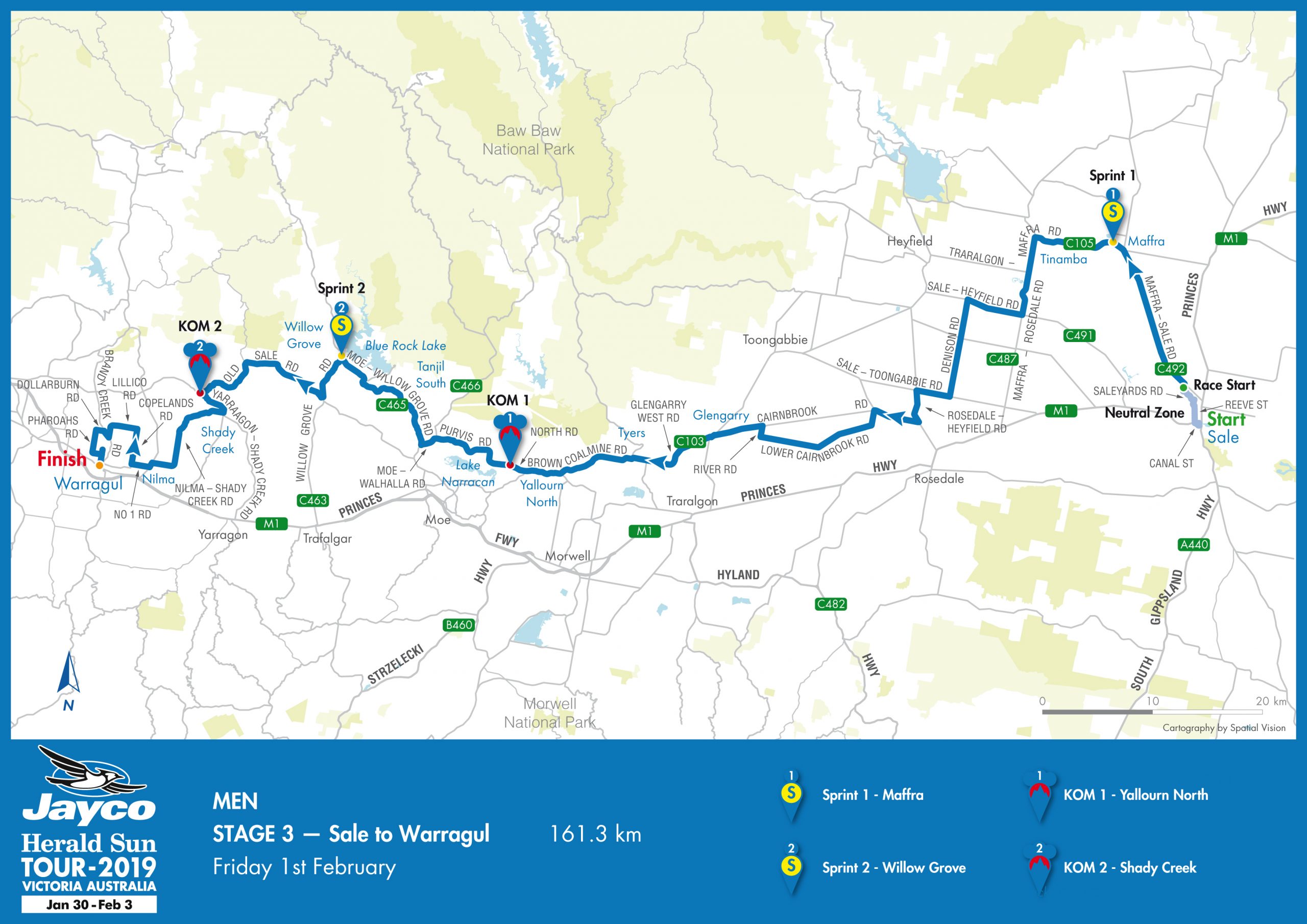 CYCLING’S Sun Tour will visit the Wellington Shire on February 1.

Beginning at the Port of Sale, the third stage of Australia’s oldest stage race will take riders on an undulating 175 kilometre road race through Maffra, Tinamba, Glengarry, Tyers, Yallourn North and Willow Grove before finishing in the main street of Warragul.

“We look forward to welcoming the riders, their support crews, event organisers and of course spectators to our region who will not only be welcomed with open arms, but will also provide a much-needed boost to our local economy while visiting.”

Race director Scott McGrory said the Port of Sale was a great location for the start of stage three.

“After rolling out of town, the race proper begins on the straight road to Maffra which will make for a fast start,” he said.

“Shortly after the first intermediate sprint in Maffra, the peloton will turn off the main roads and be forced to fight for position on the smooth but narrower country roads that criss-cross through the Wellington Shire.

“The final 20km will be fast, hard and hectic. The winner of the stage will need a combination of strength, speed and bravery.”

The 66th Sun Tour will begin on Wednesday, January 30, with a stage around the Phillip Island Grand Prix Circuit, then a stage from Wonthaggi to Churchill. After stage three, the tour will continue on the Mornington Peninsula before finishing with a stage around the Domain and Royal Botanic Gardens in Melbourne on Sunday, February 3.

Among the stars competing will be Tour de France rider Richie Porte.

The women’s tour will include two stages, beginning at Phillip Island then a stage around Churchill and Mirboo North on January 31.

Women’s race director and event general manager John Trevorrow said the Churchill stage would be the toughest yet for riders.

“Following on from the incredible racing we saw at the inaugural women’s Sun Tour in 2018, stage two will see the hills come into play again for the women,” he said.

“Using the same exciting but extremely tough finish climb and descent as the men earlier in the day, the race will sure to be decided on this section of the course.

“Not to be let off lightly however, earlier in the stage the riders will tackle an 8km climb to get the legs ready for what is to come. This incredible course for the final stage of the women’s Sun Tour will rival the excitement of the 2018 Healesville stage.

Stage highlights will be broadcast on SBS, Fox Sports and Eurosport, while the closing stages of each day’s racing will be live streamed.