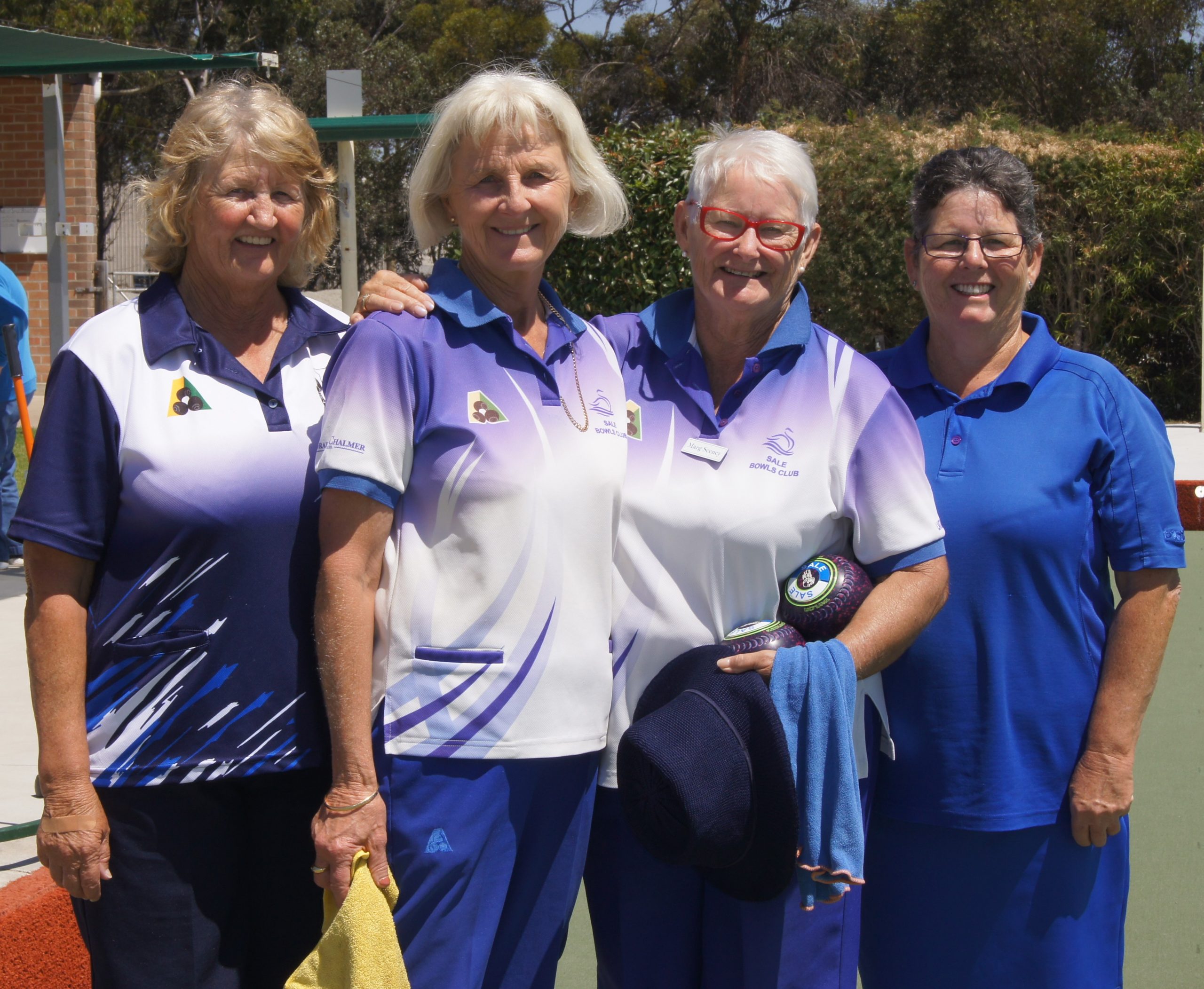 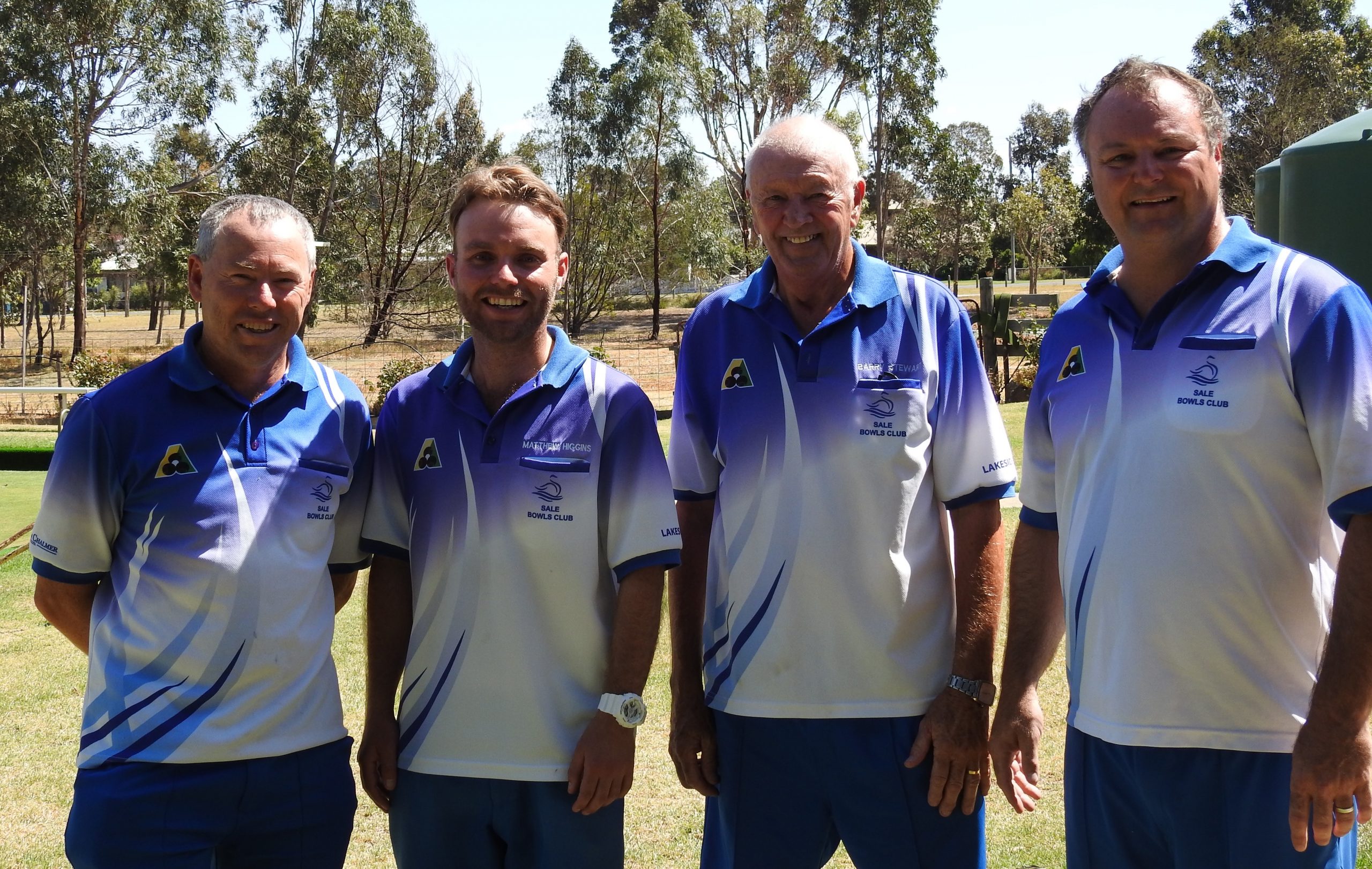 THE final two state events on the North Gippsland Bowls Division calendar were completed in the past week.

In round one, Morton, Sceney, Carter and McKenzie defeated Shirley Jarvis, Kaye Melrose, Helen Stephenson and Ros Brown from Sale 19-11.

Thompson, Steele, Weir and Cook had the bye, as did Sale’s Kris McAlpine, Helen Turner, Pam Griffiths and Robyn Jones.

In the semi-finals, Thompson’s team defeated Millard’s 18-13, while Morton was too good for McAlpine’s, winning 23-13.

The final of the men’s fours was played on Sunday.

The winners of the North Gippsland stage will play the Gippsland region final on February 17 at Sale.

Morton will represent North Gippsland in the women’s singles and will combine with McKenzie to play the women’s pairs.

June Richardson from Stratford will play in the women’s champion of champions.

Higgins will contest the men’s singles and champion of champions. Higgins will also play with McAlpine in the mixed pairs.

West Sale’s Rod Smith and Dennis O’Keefe will play in the men’s pairs.