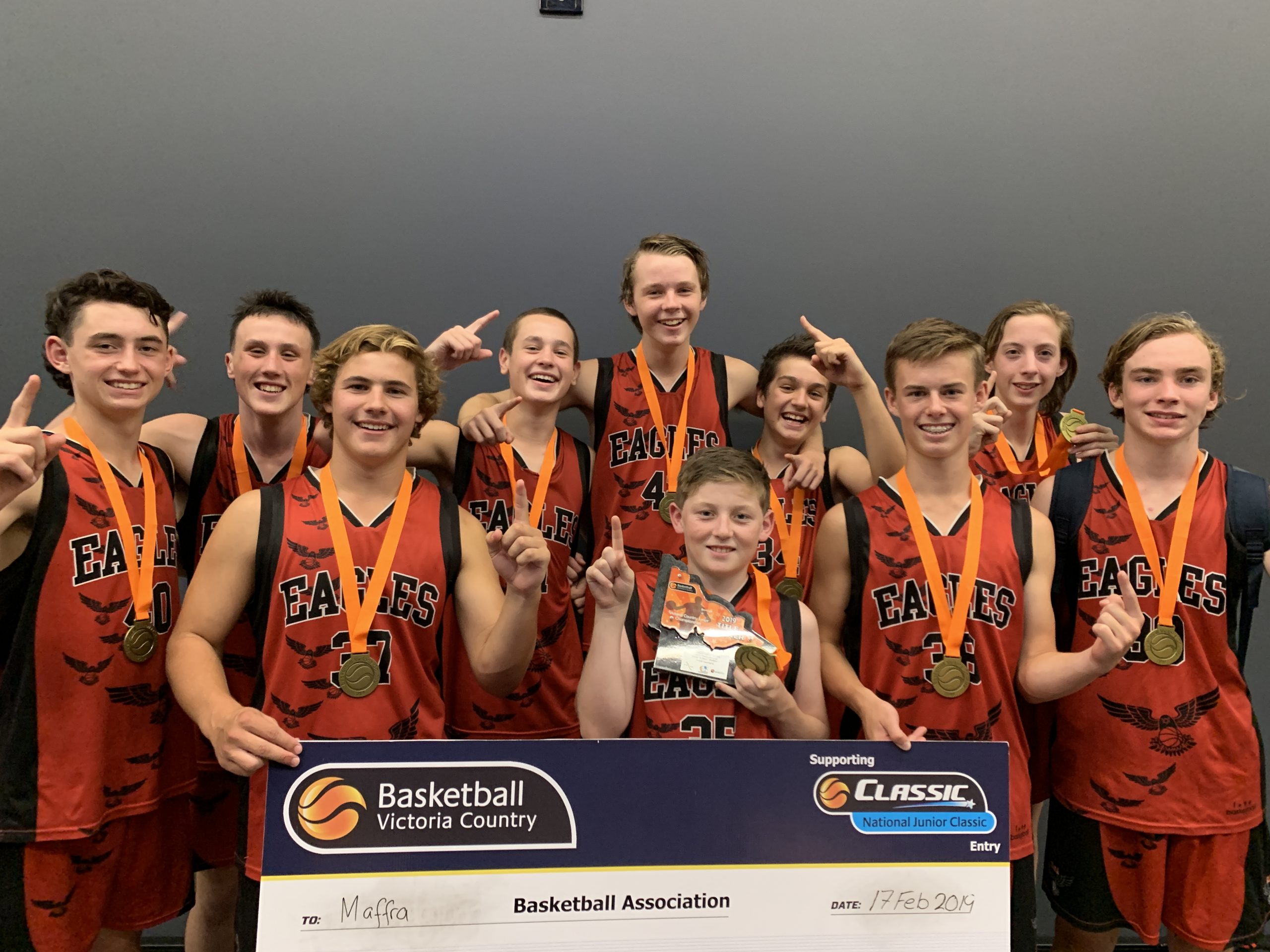 THE Maffra under 16 boys’ team defied the odds and defeated teams from regional cities such as Ballarat, Geelong and Bendigo to come away victorious in division one of the Victorian Country Basketball Championships on Sunday.

The annual championships are held in Bendigo, with a win in division one the pinnacle of country basketball.

The boys played six games over two days, winning all matches except the first one, and finished the tournament in stunning fashion, winning the grand final in overtime by one point in what was a heart-stopping game with the lead see-sawing throughout.

Capatilising on their success at the recent Australian Country Junior Basketball Cup in Albury, Jack Hrehoresen and Coby Burgiel led the charge for Maffra in the grand final.

Hrehoresen scored 25 points and Burgiel 21, with the latter being the highest scorer for the tournament, recording 148 points for the weekend.

The Sale under 16 girls finished 11th in country Victoria after qualifying to compete in divisions one and two at the championships.

The Sonics proved they were up with the best, losing two games by less than 10 points and leading late in those games.

Close losses are costly at the country championships as the draw is a “knock out” round robin.

“They worked their butts off all weekend and played good team basketball,” he said.

“I couldn’t have asked anymore of them — they played very well all weekend.”

The Sonics lost to Traralgon by four after leading at three-quarter-time.

In another close finish, Sale lost to Macedon by eight after leading with about three minutes to go. The Macedon game ended up costing the girls a spot in the top eight.

Sale defeated Shepparton by 10 points, but Shepparton defeated Macedon, creating a three-way tie which saw Macedon go through to division one and Sale drop to division two.

The began the second day with a strong win against Moe.

The Sale Amatuer Basketball Association will host its annual tournament this weekend, with about 1000 junior players expected to compete.

Matches will be played at the Gippsland Regional Sports Complex, Gippsland Grammar, Catholic College Sale and Sale College, as well as Maffra and Heyfield.