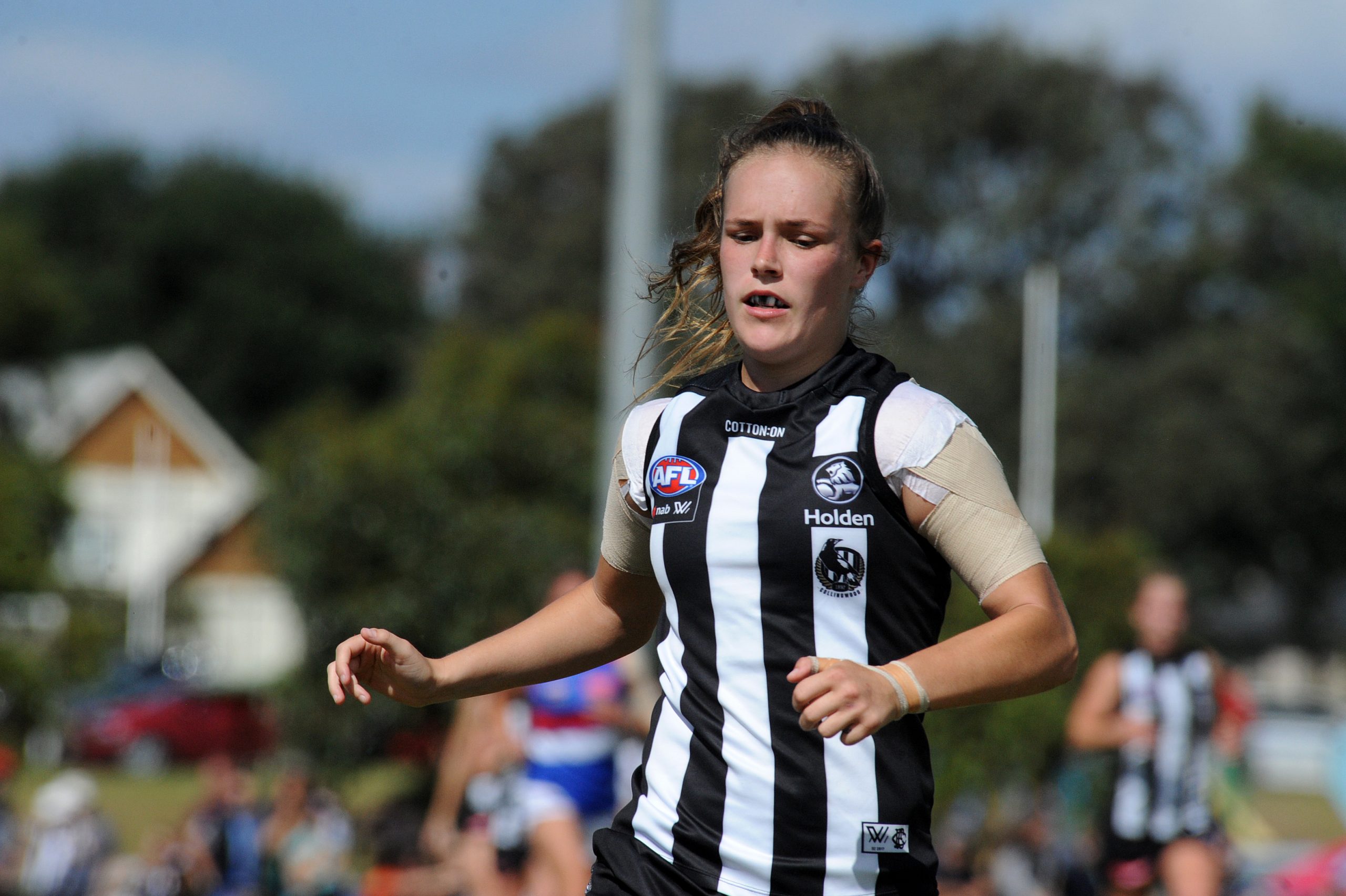 SALE local and Collingwood midfielder and forward Holly Whitford is keen to impress crowds at Morwell Recreation Reserve on Sunday, when the Magpies take on the Greater Western Sydney Giants in round four of the AFLW season.

Drafted as a rookie by Collingwood in 2017, the Sale City player’s life is completely different and “probably better in a sense”, as she takes her duty as “role model” seriously.

Whitford is passionate about meeting young footballers “excited to be AFL and AFLW stars” and “make an impact in the community” with words of wisdom to share.

“It’s a bit different with girls — they just need to give it a go,” she said.

With the marked rise of AFLW in recent years, Whitford said young female footballers now had role models to “kick like” — something which boys had had for a long time, but had been lacking for girls.

“(AFLW) creates a pathway for younger girls that are just starting out, somewhere to go from Auskick all the ay up to a professional league,” she said.

“I would have loved to have been apart of the girls football team (at Sale City) when I was playing (in Sale) — it makes me very happy that they’ve finally got one.”

Whitford said it was “pretty special” to be able to travel home to Gippsland to “play a game at home”.

“I’m from a rural area, I travel all over Australia and not everyone … gets to come back home and play in front of a home crowd, so it is pretty special in that way,” she said.

“(The game) could go either way — we’re feeling pretty good, but both teams are pretty hungry.

“We’ve been reviewing the last few weeks and looking forward to getting down there, having a crack and playing a bit of football.”

Gates open at 11.30am, with Sale and Korumburra-Bena youth girls teams to play in the curtain raiser from noon, before the main game begins at 2.05pm. Entry is free for spectators.