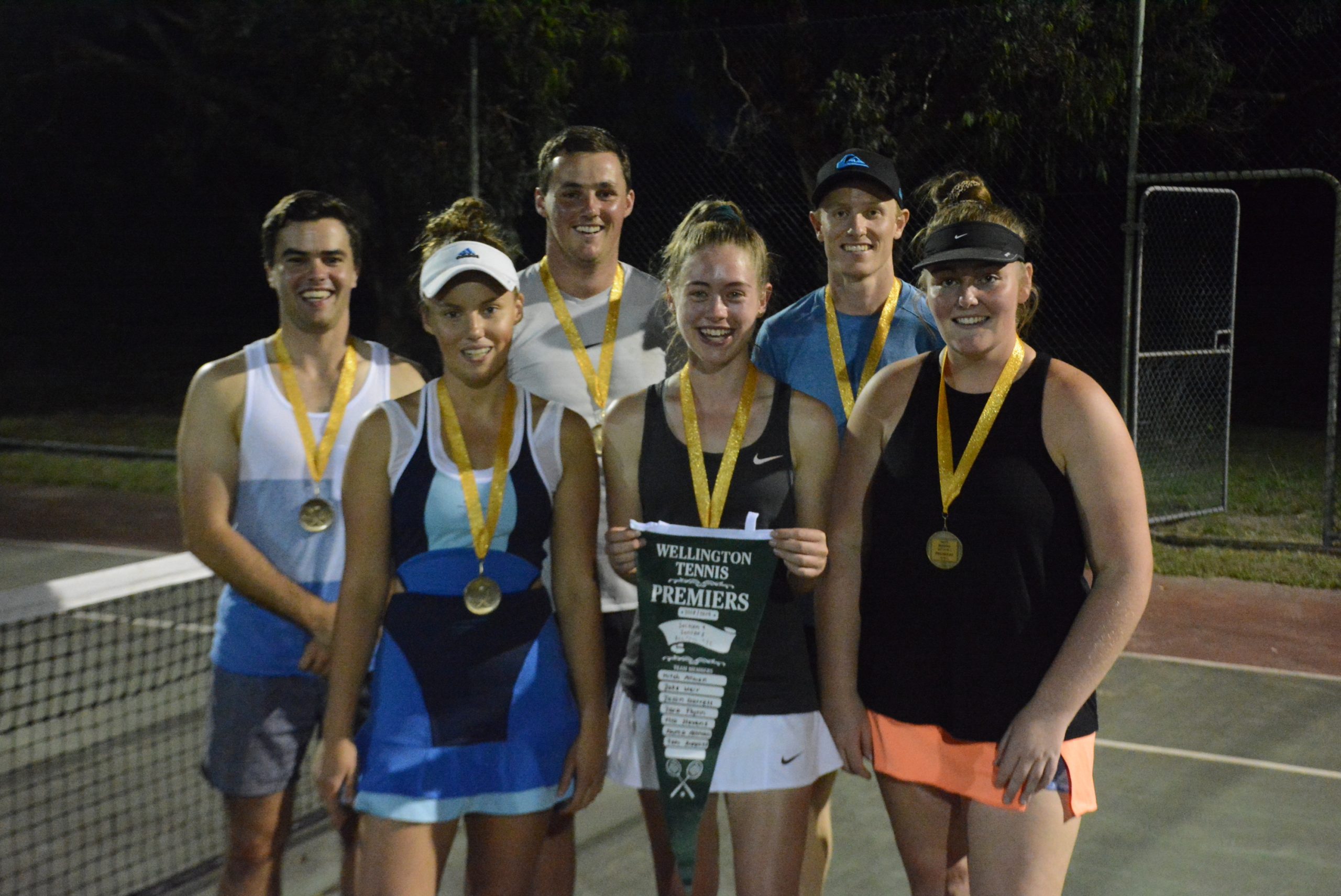 That was all it took on Saturday for Maffra CSC to skim past Sale by the skin of its teeth to victory, snatching up the Wellington Gippsland Tennis Association section one senior premiership.

The match went right to the wire, as a pressure cooker of a tiebreaker decided the entire outcome of the season.

Fresh in Maffra’s mind that Sale brought home the semi-final win by a single game, Maffra got off to a flying start.

In the men’s, Maffra’s Mitchell Allman and Jake Weir, filling in for Tom Supplitt, dominated the one and two men’s doubles, defeating Sale’s Aaron Kennedy and Tim Dunnett 8-3.

Sale fought back in the next men’s set, Kennedy and Tom Foley just falling short at 6-8 to Allman and Jason Garrett.

In the third, Sale finally got the edge they needed, Dunnett and Foley toppling Weir and Garrett 8-5.

On court two, the women’s sets were neck-and-neck.

Maffra’s Zara Flynn and Mia Stevens managed a difficult 8-6 victory over Sale’s Jo Rule and Masami Goold in the one and two women’s doubles.

Sale were quick to retaliate, Rule and Jo Mactier taking the next set in a tiebreaker over Flynn and number three woman Emma Allman.

In the third women’s set, Stevens and Allman suffered through another slog-fest, defeating Goold and Mactier 8-6.

To the casual spectator, it looked as though Maffra had the premiership stitched up – with a game score of 45-38 and the set tally of 4-2 in Maffra’s favour, surely the mixed would be the final nail in the coffin. Wrong.

The one and two mixed sets took to the courts.

A rallied Sale wasn’t going to let a little thing like the score deter it, and came out of the gates firing with absolutely no signs of fatigue.

In the number one mixed, a rallied Dunnett and Rule pulled off a much-needed upset, playing outstanding tennis to comfortably defeat the Allmans 8-4.

On the next court, Kennedy and Goold took inspiration from their teammates, and snagged Stevens and Weir 5-8, drawing the scores to a dead heat.

With the pressure of the entire match hinging on their performance, and two nervous captains sitting courtside, Maffra’s Garrett and Flynn and Sale’s Foley and Mactier took to court one under lights, after a rain delay pushed their set into the twilight.

Garrett and Flynn began slowly, recovering from a 1-3 initial stumble to pull ahead to a 5-3 lead, but Mactier and Foley soon clawed back, drawing the scores level at 6-6.

Each player then held serve, including an impressive service game from Foley who saved two break points with second serve aces, to bring the score to 8-8, and the overall match score to 62-62.

With all other sets for the day finished, spectators crowded Stratford’s court one and lined the clubroom balcony; ill-at-ease supporters looked

on through their hands while others leapt to their feet, during what could have been the most tense tiebreaker known to WGTA history.

Maffra took off with an encouraging lead, swapping ends at 4-2, but Sale wasn’t going to lay down that easy, bringing it back to 5-4.

Garrett was faced with the difficult task of serving out the match – a challenge he rose to, winning the tiebreak 7-4.

Notably, it was the first in remembered history that such a close result occurred in both section one juniors and seniors, with Sale Millman defeating Heyfield 47-45 after two super tiebreaks in Sale’s favour after a dead heat determined the outcome of the junior section one title.