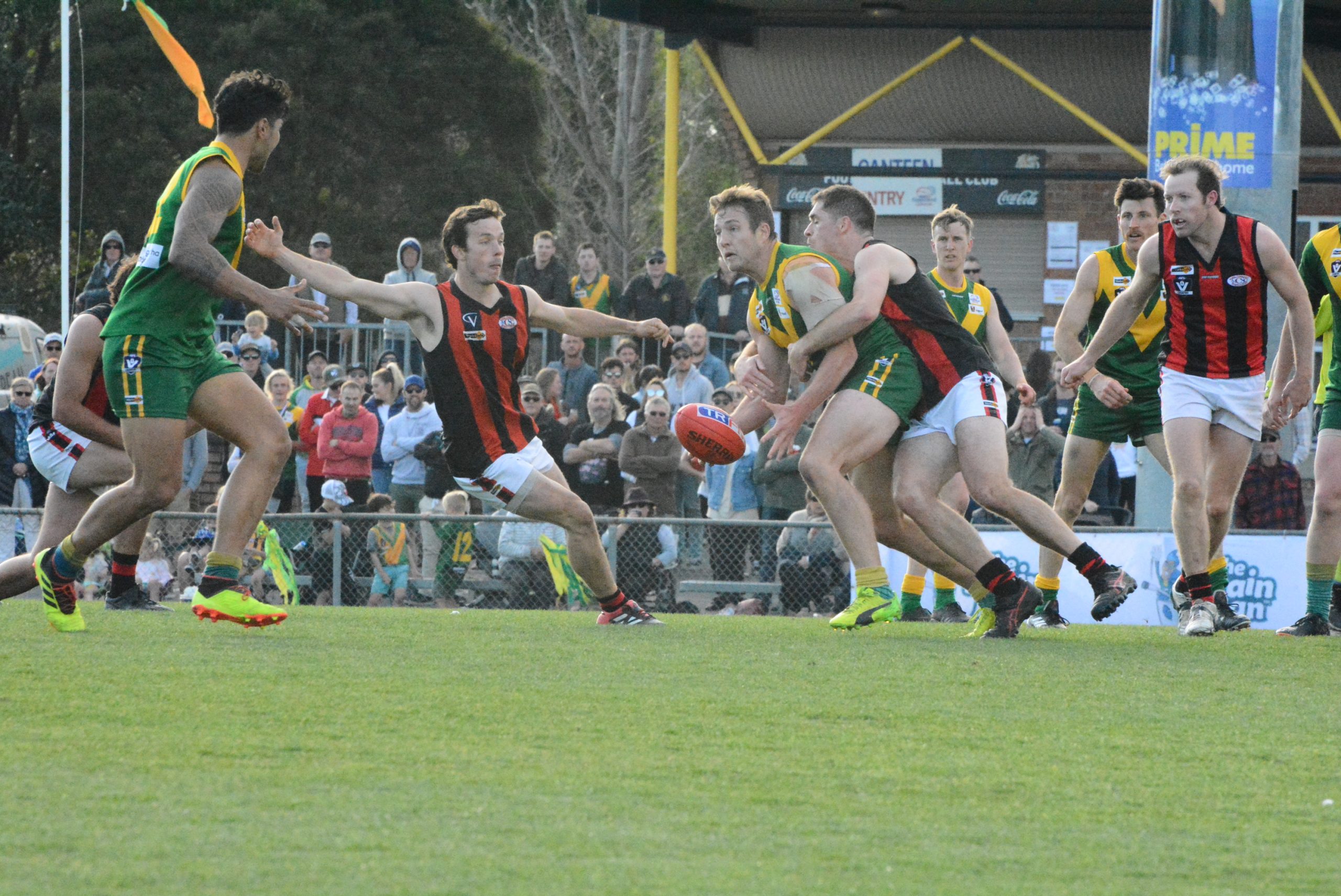 The Parrots will unfurl the flag won after defeating the Eagles by nine points after kicking the last three goals of the grand final.

After the pre-match festivities, the Parrots will begin their quest for a hat-trick of premierships.

The Eagles will provide a fair gauge of how the Parrots are shaping.

The core of the Leongatha line-up remains unchanged, but has been bolstered by the return of forwards Nick Nagel and Aaron Hillberg.

With Wayne Butcher remaining at the helm, Maffra is set to be among the premiership frontrunners again, having kept its side largely intact.

The Eagles’ have a group of young players set to challenge for places in the senior side.

The teams met four times last year, with each winning two. When they met at Leongatha, the Eagles won by 42 points.

SALE will host Bairnsdale, having defeated the Redlegs in both meetings in 2018.

While they’ve lost Andrew Quirk, Brad McKay and Jack Mapleson, the Magpies have attracted back Tom Hams and Will Leslie this year.

While the Magpies finished the home-and-away season in third place, a win off the top two, they lost their last three of 2018, including back-to-back defeats in the finals.

A 37-point win at Maffra and a nine-point loss at Leongatha last year showed the Magpies aren’t far off the pace.

Bairnsdale will look to improve on its six-win season last year.

The Redlegs’ depth will be improved this year by the return of their reserves side, as well as the development of their strong group of juniors.

With Lachlan Sim back for another stint as coach, the Lions have added former AFL players Bernie Vince, Spencer White and Leigh Montagna to a side which has made the finals the past two seasons, but didn’t progress past the first week last year.

With new coach Tim McGibney taking over a side which came within three points of a spot in the grand final, the Maroons have recruited players with VFL and VAFA experience.

WONTHAGGI will play Warragul at home.

Both sides will be led by new coaches, with Lee Rowe at the Power and Ben Hughes the Gulls.

Warragul finished 2018 a win outside the top five, while Wonthaggi lost its last nine games to finish last on two wins.